For anyone who enjoys, toys, antiques and nostalgia, the Museu del Joguet (Toy Museum) in Figueres is the place to go.    Housed in a grand building dating from 1767, the collection is based on the donation of a local collector in 1982.   Since then the collection has grown with donations from many others.  In a way it is a personal museum where you can find among the ancient toys, vintage photos of some of the people whose toys were donated through the years and some who are sitting or playing with their toys.  Even if you live here, you might not be familiar with many of the people in the photos.  But some – including the present and former Presidents of the Catalan government – are familiar to everyone here.

Dolls are often weird.  Toy cars are great.  Miniature stage sets where you could stage your own play are delightful.  Stuffed animals are eternal.  Army and war toys are unfortunate, but a fact of life.  The photos of Catalans, some of them famous, taken when they were children, are priceless. 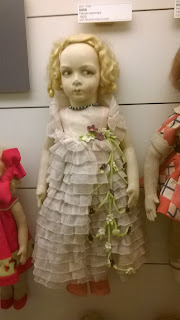 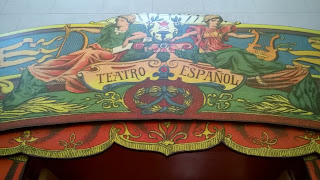 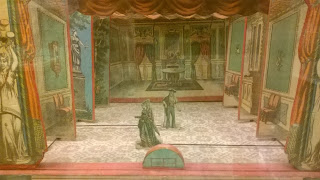 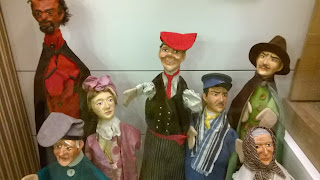 There were two photos that were especially moving.  One was of Salvador Puig Antic, a young Catalan anarchist, born in Barcelona, who, in 1974, at age 25, was executed in Barcelona by the Franco regime, having been accused of killing a Guardia Civil.   His photo sits alongside his model train set that his family donated to the museum. 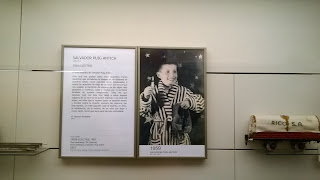 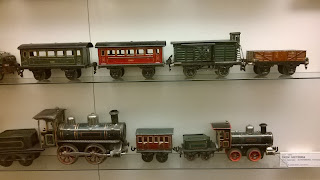 The second photo is of Muriel Casals i Couturier.  In it, at age six, she is sitting and reading Babar.  Muriel was the President of Omnium Cultural, a Catalan cultural organization for several years and became a household name when she became one of the two main driving forces – together with Carme Forcadell -- behind the grassroots Catalan independence movement.  Beloved by many people here, she died tragically in February 2016 after having been struck by a bicycle in Barcelona. 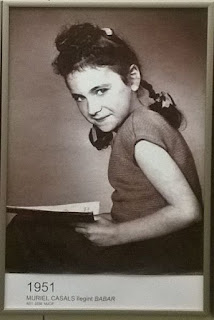