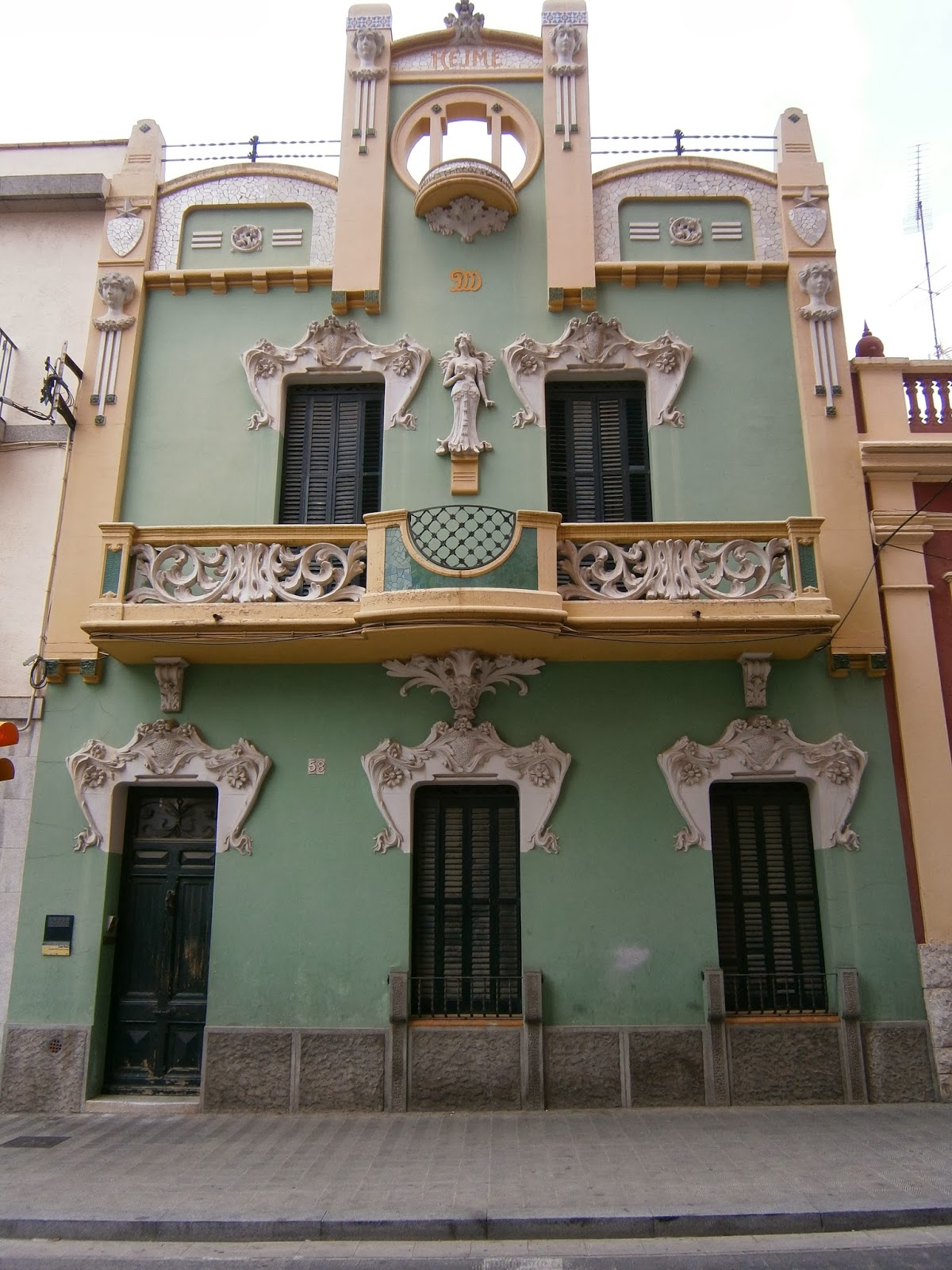 Pretty much every day of the week I go out walking to do my errands.  As my errands take me in this direction and that and I don’t use a car, I usually get a good amount of walking out of it.  But every now and then (especially on Sundays when all the shops are closed and no errands can be done) I just go for a walk.


Last Sunday I went out in search of snow.  I live at a low elevation and there is no snow here.  But it has snowed in the Pyrenees and what better way to enjoy it than from a safe distance, from where the weather is much warmer.  Like from the outskirts of Figueres.

So off I went in search of snow.  I will tell you right now that I do not consider Figueres to be the loveliest of towns.  But even so, if you keep your eyes peeled, you can find some nice old buildings. 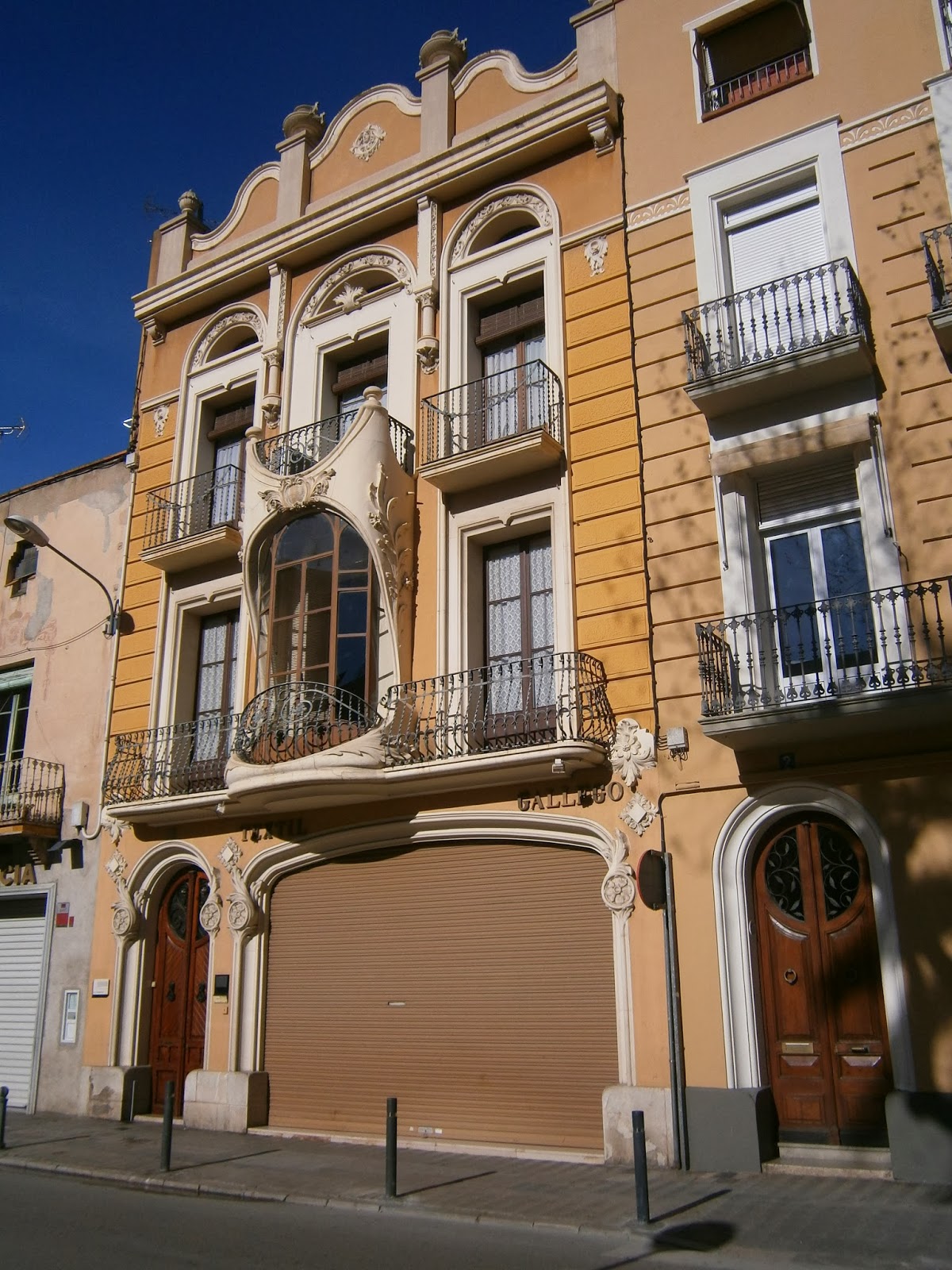 Adding a column does not ensure elegance. 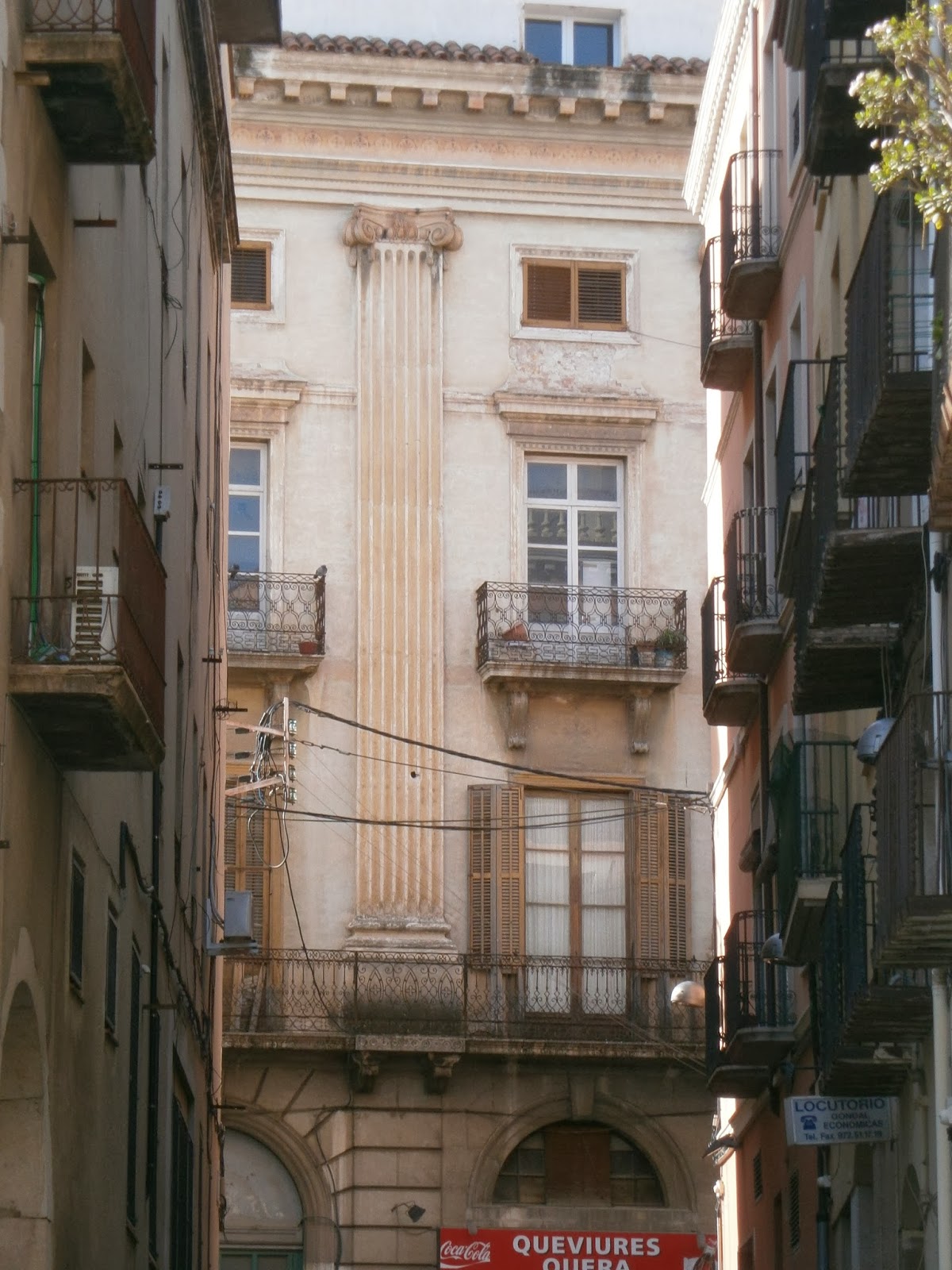 This poor old thing is waiting for someone to come and invest and make it alive again.
﻿﻿ 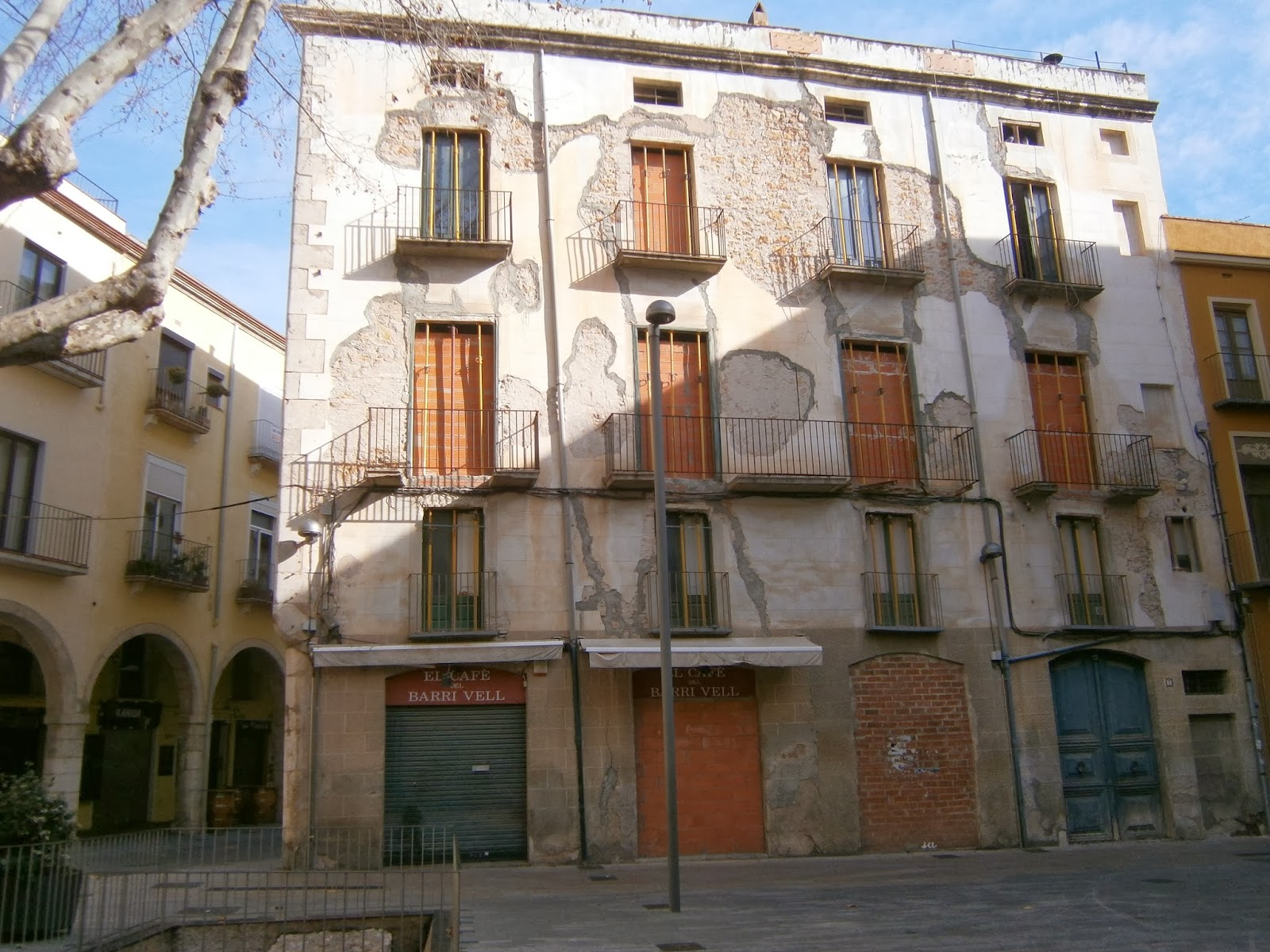 It is located in Potato Square 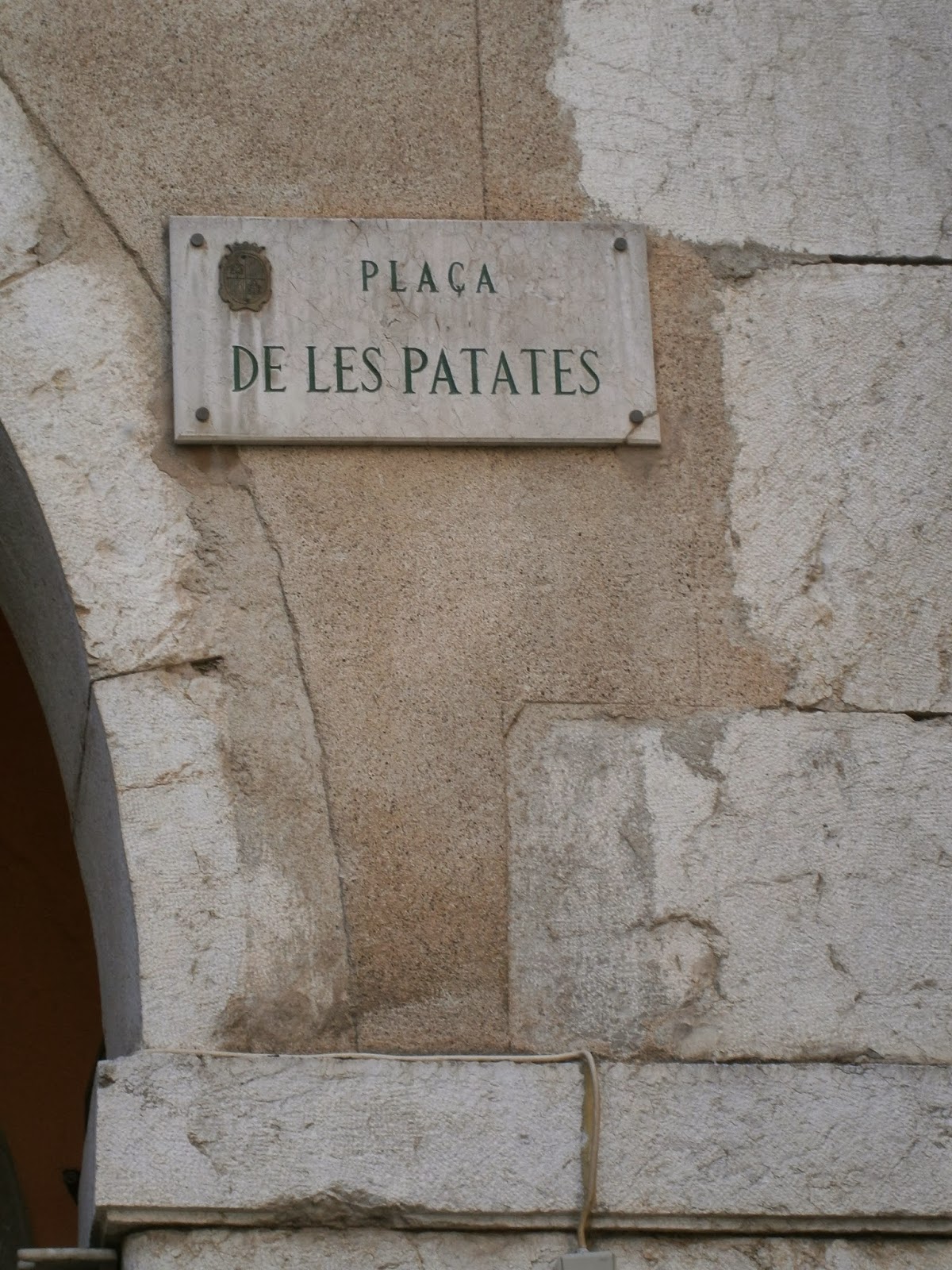 Just outside town I found some kids playing football (soccer) with a backdrop of snow. 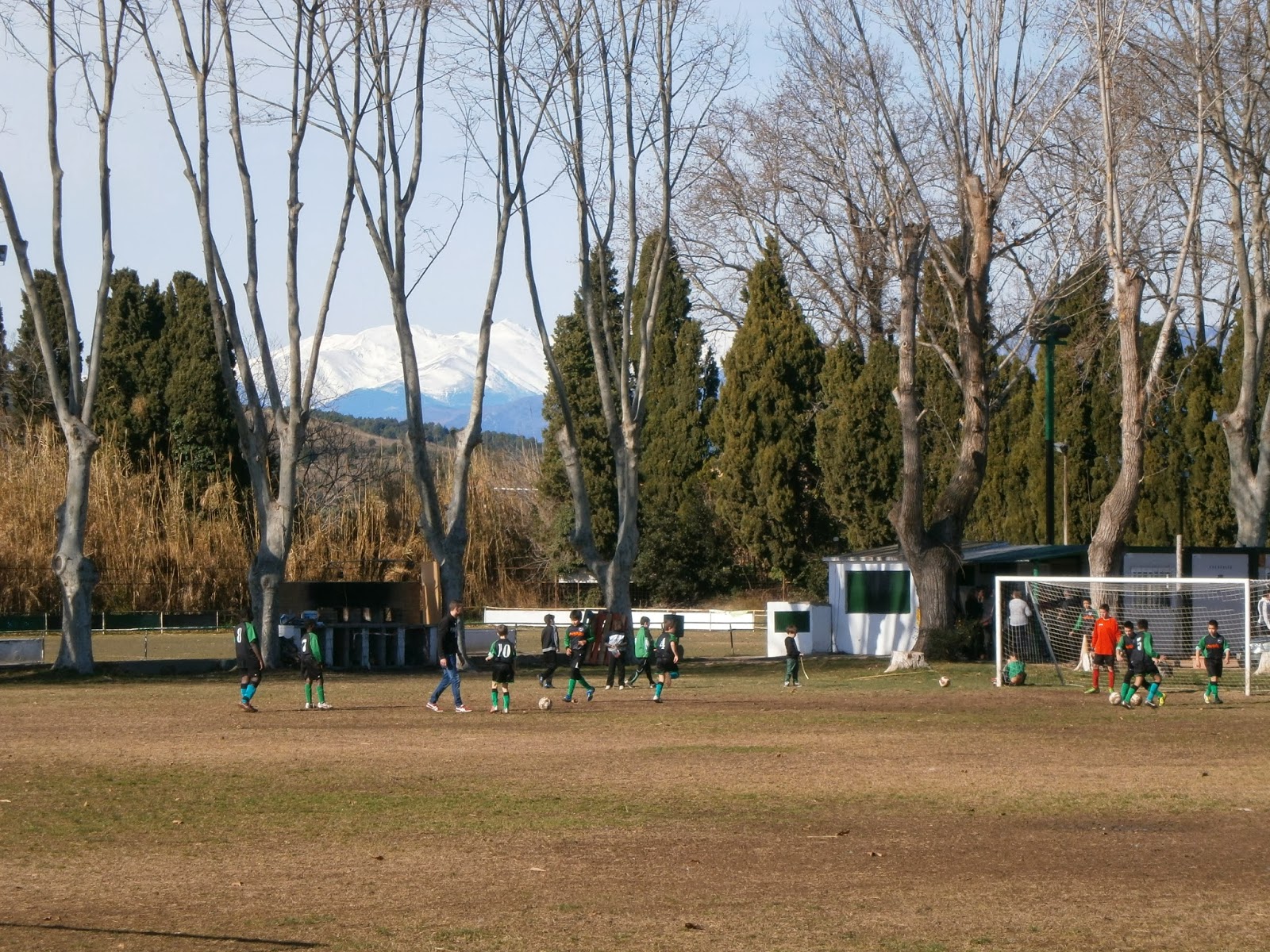 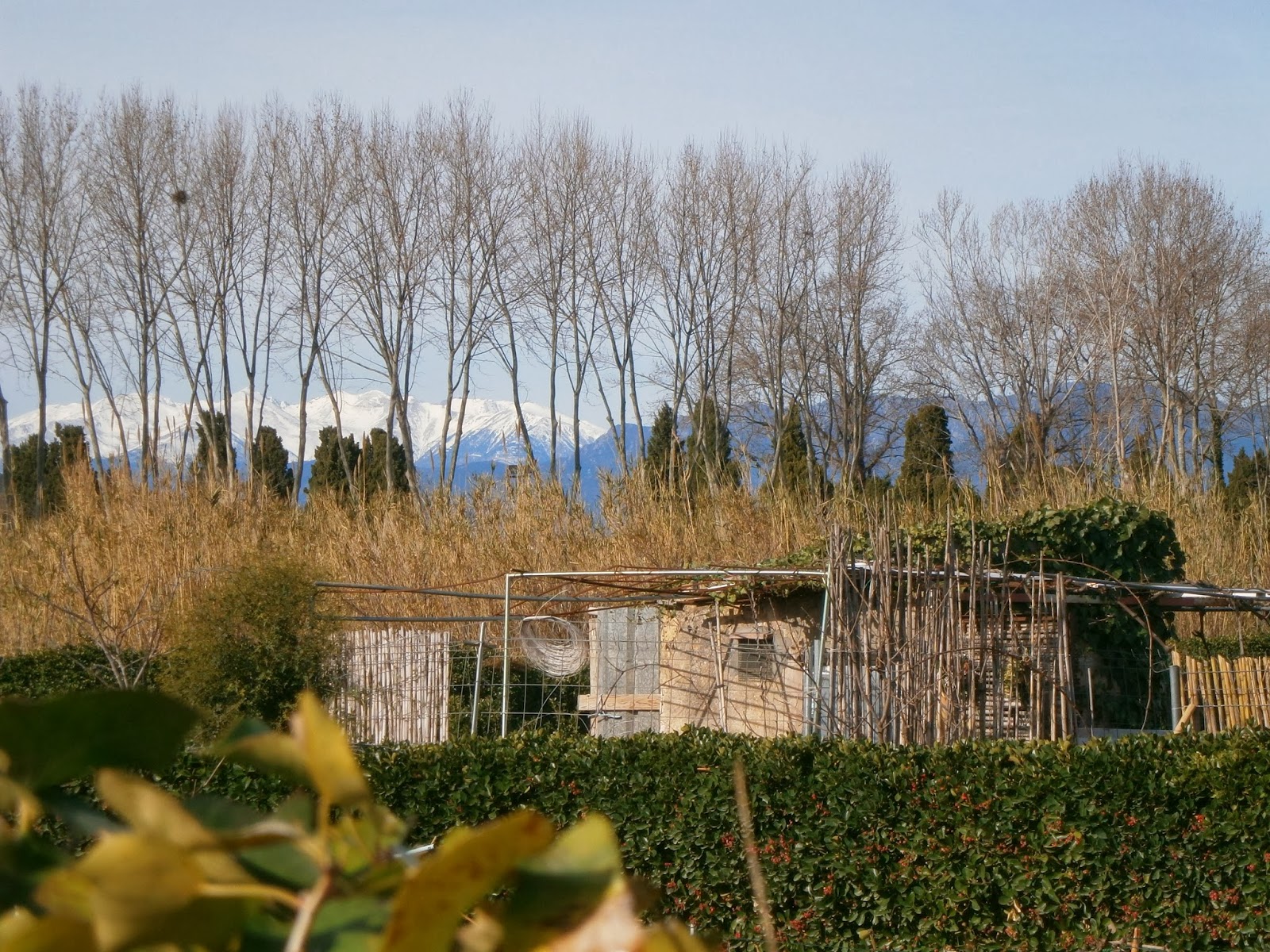 And finally, an unobstructed view. 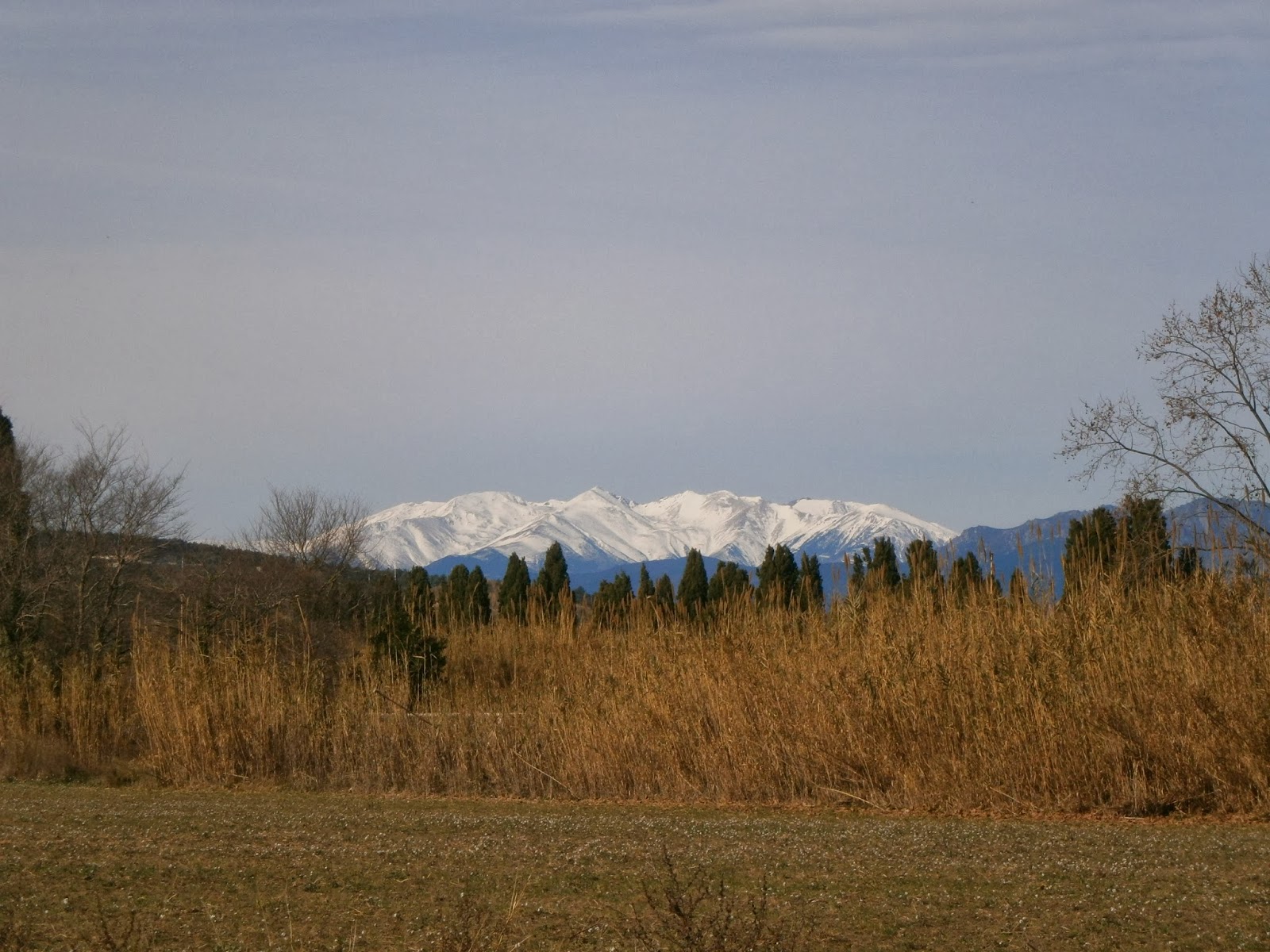 What's With The Socialists?

The Socialist Party of Catalunya (PSC) seems to have gone crazy.  After taking the stand that they support a referendum if it is held legally, when the Catalan Parliament recently voted to petition the Spanish government, asking that it allow a referendum to be held, the PSC voted against it.


Besides the fact that they had said one thing and then voted another, I wondered why they had taken such an undemocratic stand.  Voting is a basic democratic right.  There have been two massive demonstrations in Catalunya in the last two years, one with over a million people participating and the other with almost two million.  These people were telling their elected representatives that they want a referendum.


The motion was approved by almost two thirds of the Catalan Parliament, and the PSC was the only non-right wing party to vote against it.  So what is the PSC up to?  The party is officially against Independence in accordance with their national party, but how could they be against people voting?  Voting means you can vote “no” just as well as “yes”.  How much of the population is for independence and how much is against?  It seems obvious that if you don’t allow a vote, it’s because you’re afraid to find out.


The PP (majority party in Spain) has not only taken a very inflexible position against holding a referendum but has also taken political actions that are anti-Catalan, attacking the educational system, the language, and its finances.  Spain doesn’t want Catalunya to separate because Catalunya is Spain’s goose that lays golden eggs, contributing much more to the communal Spanish pot than its share of population.


Being anti-Catalan and anti-referendum is good currency in Spain and the PP does a good job of playing an active anti-Catalan part.  Their anti-Catalan stance is a way of campaigning in the rest of Spain (and taking the public’s attention away from all the scandals the party is involved in) so that in the next national elections, the PP can again hope to win their absolute majority.


The Catalan Socialists, PSC, are a part of the greater Spanish Socialist party (PSOE).  If a majority of Spaniards are anti-referendum and like golden eggs but don’t much care for Catalans, isn’t it a good idea to be anti-referendum if you are a major Spanish political player?


Here in Catalunya, as each week passes, the PSC loses support and has arrived at its all-time low.  I believe that the national party, PSOE, is sacrificing the Catalan socialists in favor of having a better chance of winning the next Spanish congressional elections.


What does that mean?  With both the PP and the socialists alienating Catalans in order to win over the rest of Spain, could it be that both the PP and PSOE think that Catalan Independence is a foregone conclusion?   If so, the PSC will have a hard time of it when independence is declared and they have no voter base left.
Photo from Cokbulan Coskun
Posted by Dvora at 6:34 PM 2 comments: It started out a sad-looking grey day, but that didn’t stop me.  I needed a France fix and so I was off to Collioure.  My friend Jaye had warned me that if I was coming for the weekly market, I wouldn’t find many stalls open, as everyone was recuperating from Christmas.  What she didn’t tell me was that, in fact, practically the whole village was closed.


I had gone to look for Marseille bath soap and curtains for the living room.  Removing the window shades that came with the apartment has resulted in my being on view to the neighbors.  The solution -- having the shutters down -- means being in the dark during the day.  I need curtains. 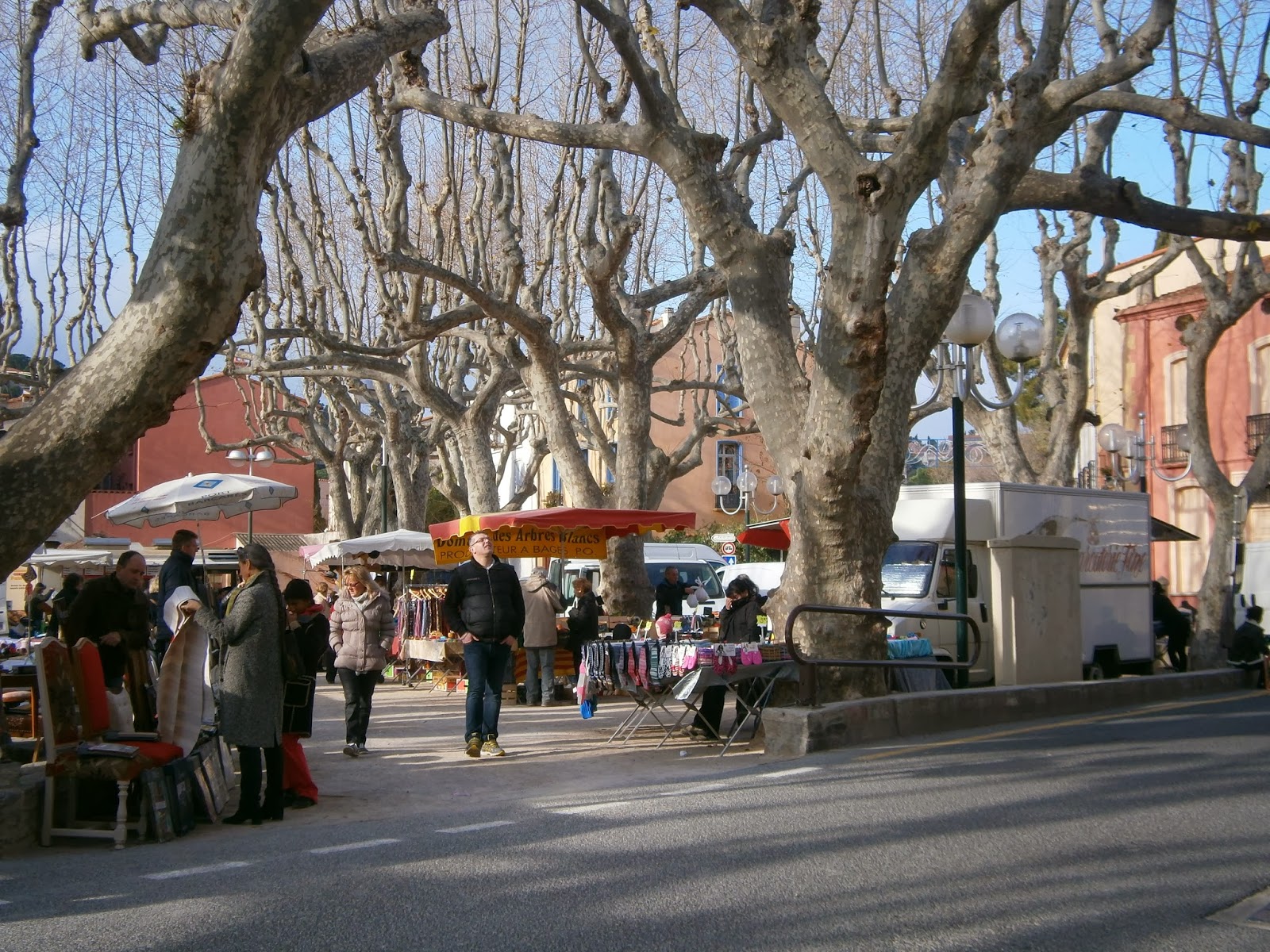 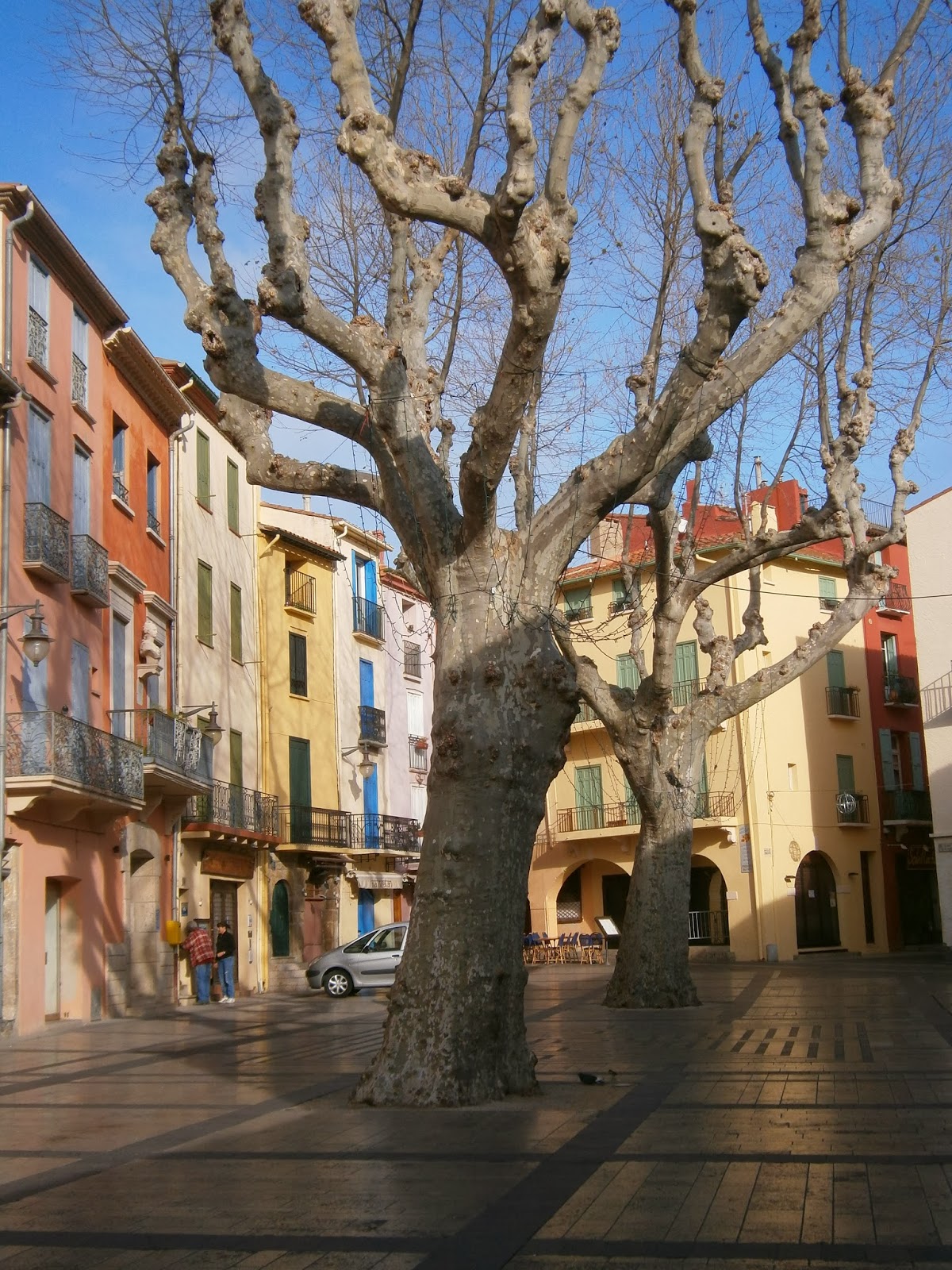 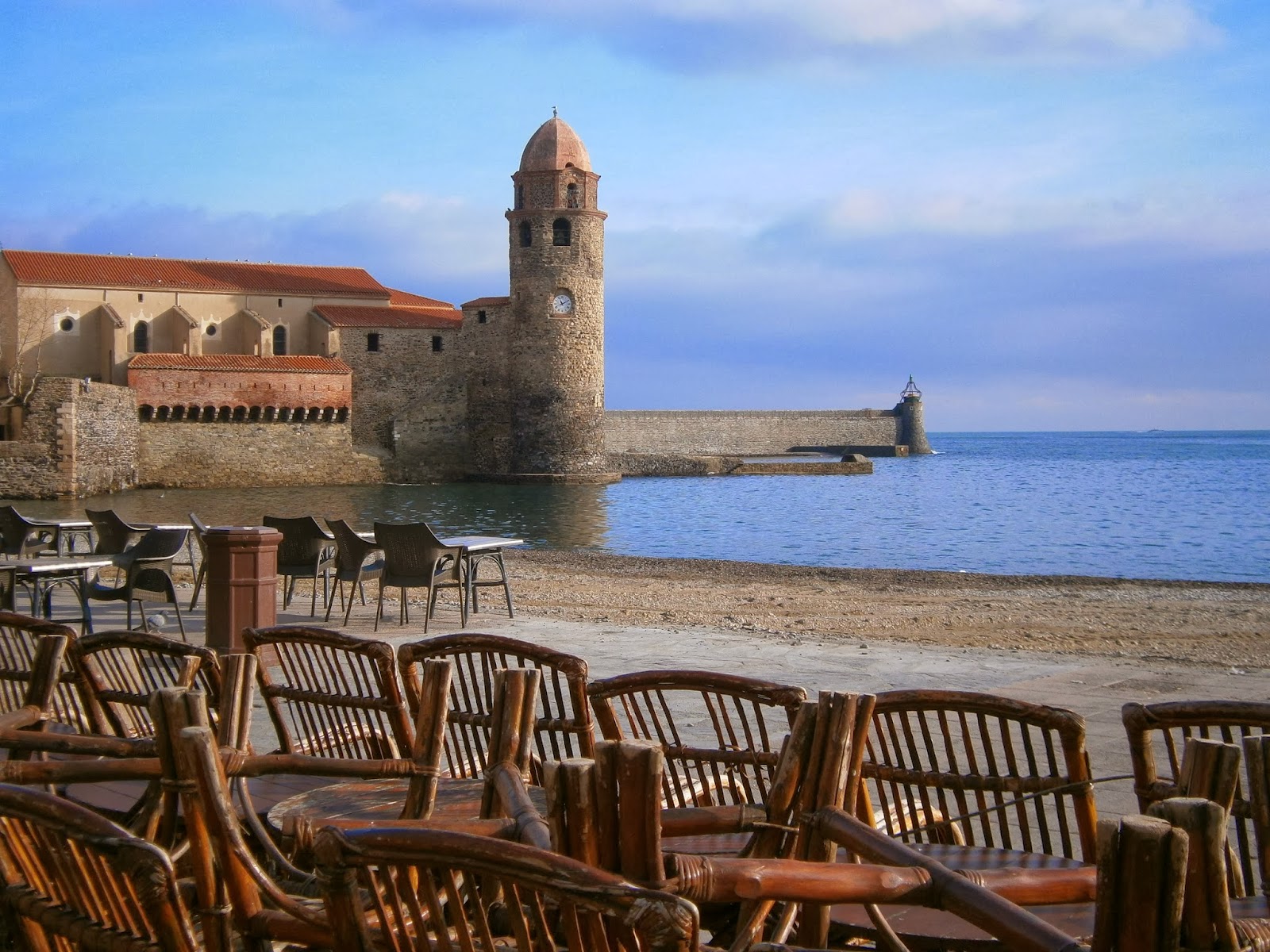 Once I had ascertained that Collioure was shut down, I went in pursuit of coffee and some sights to see.  I found the famous bar Les Templiers that the early 20th century artists such as Matisse, Picasso, and Dufy once frequented.  In fact, their pictures still hang on the walls, obtained, I believe in lieu of payment for their coffees and absinthes.  All I had was a coffee with milk, there being no croissants.  That alone cost me 2.90 euros.  That’s expensive, even for France.  It’s no wonder those artists had to barter with their paintings. 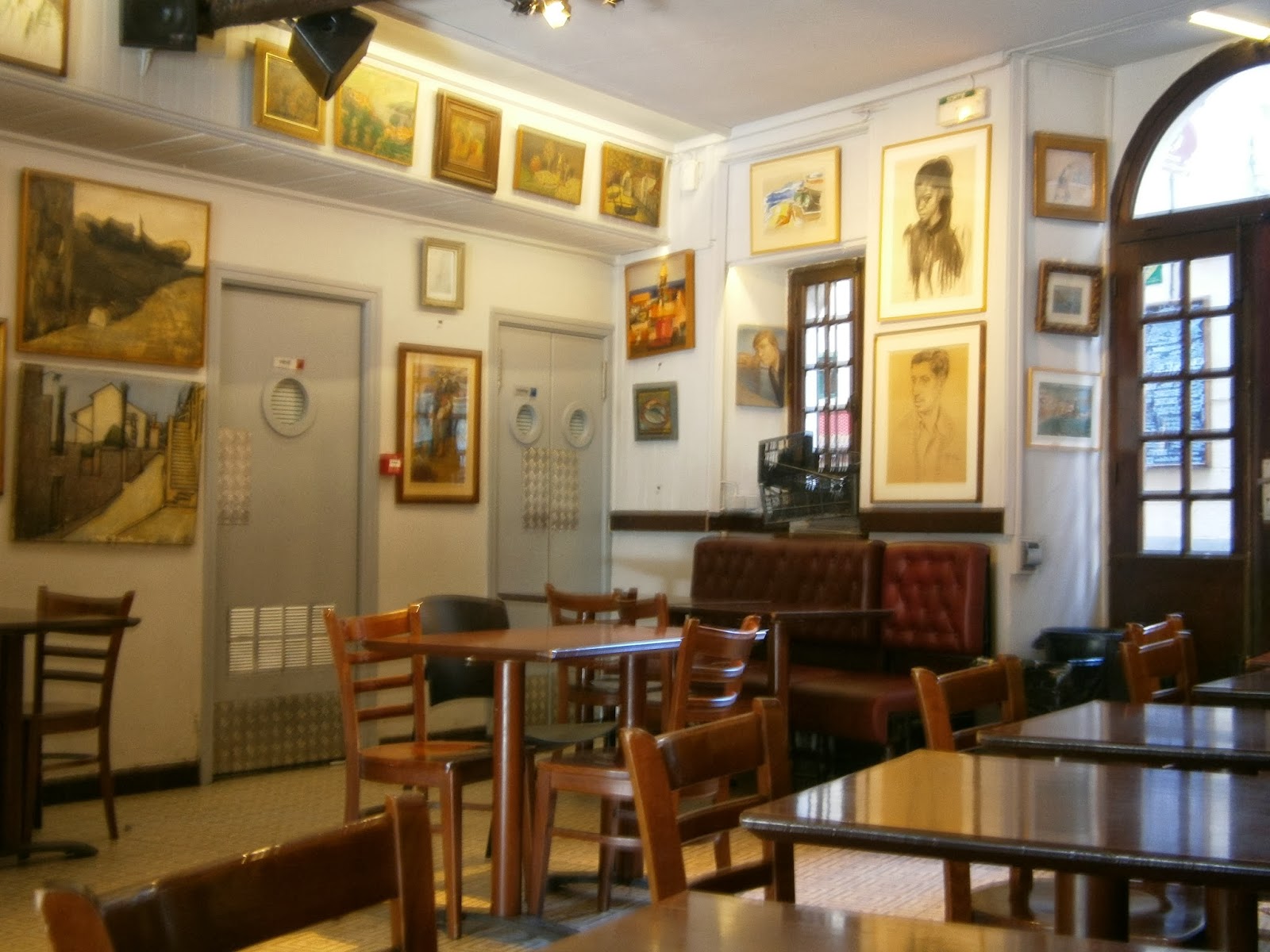 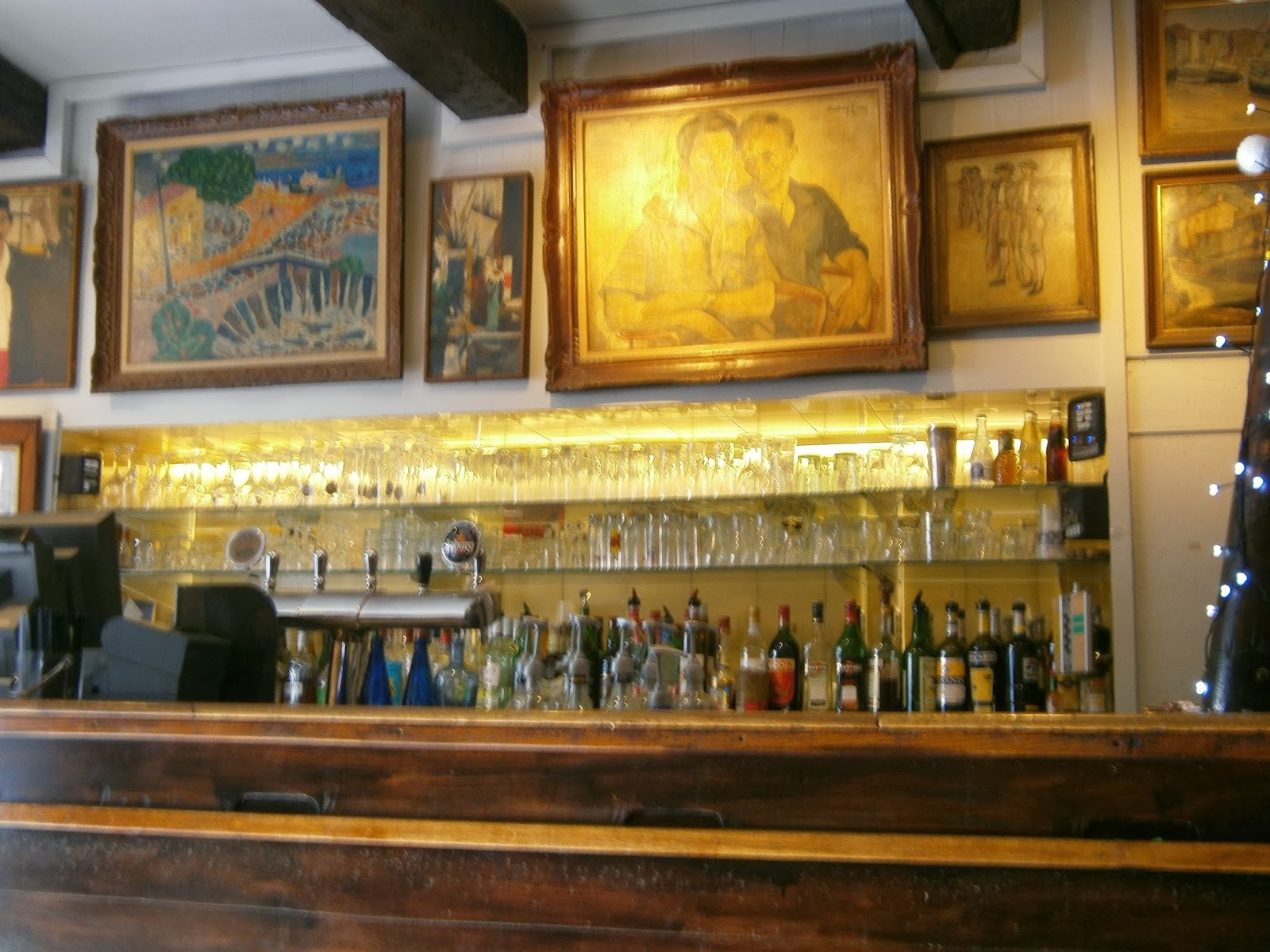 I figured sightseeing was free, so I found my way to the village cemetery.  Not everyone likes to visit cemeteries on their vacation, but they have always been a favorite with me.  In fact, one of my best vacation memories is my visit to the Pere Lachaise cemetery in Paris where I found the graves of Chopin and Edith Piaf and was impressed with how many people were still commemorating them with flowers.  In Collioure I found the grave of the Spanish poet Antonio Machado who died in 1939, soon after coming to Collioure to escape Franco. 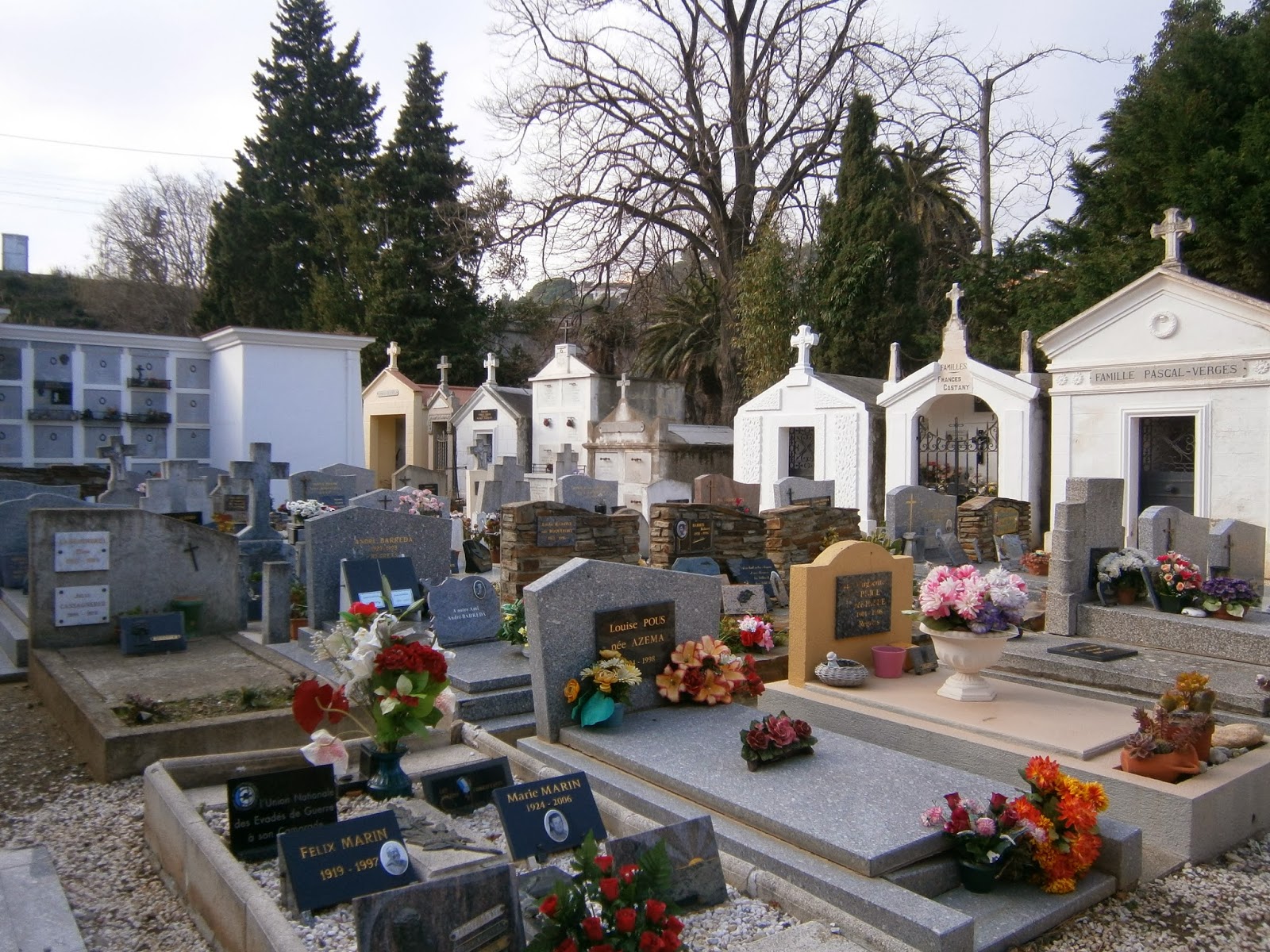 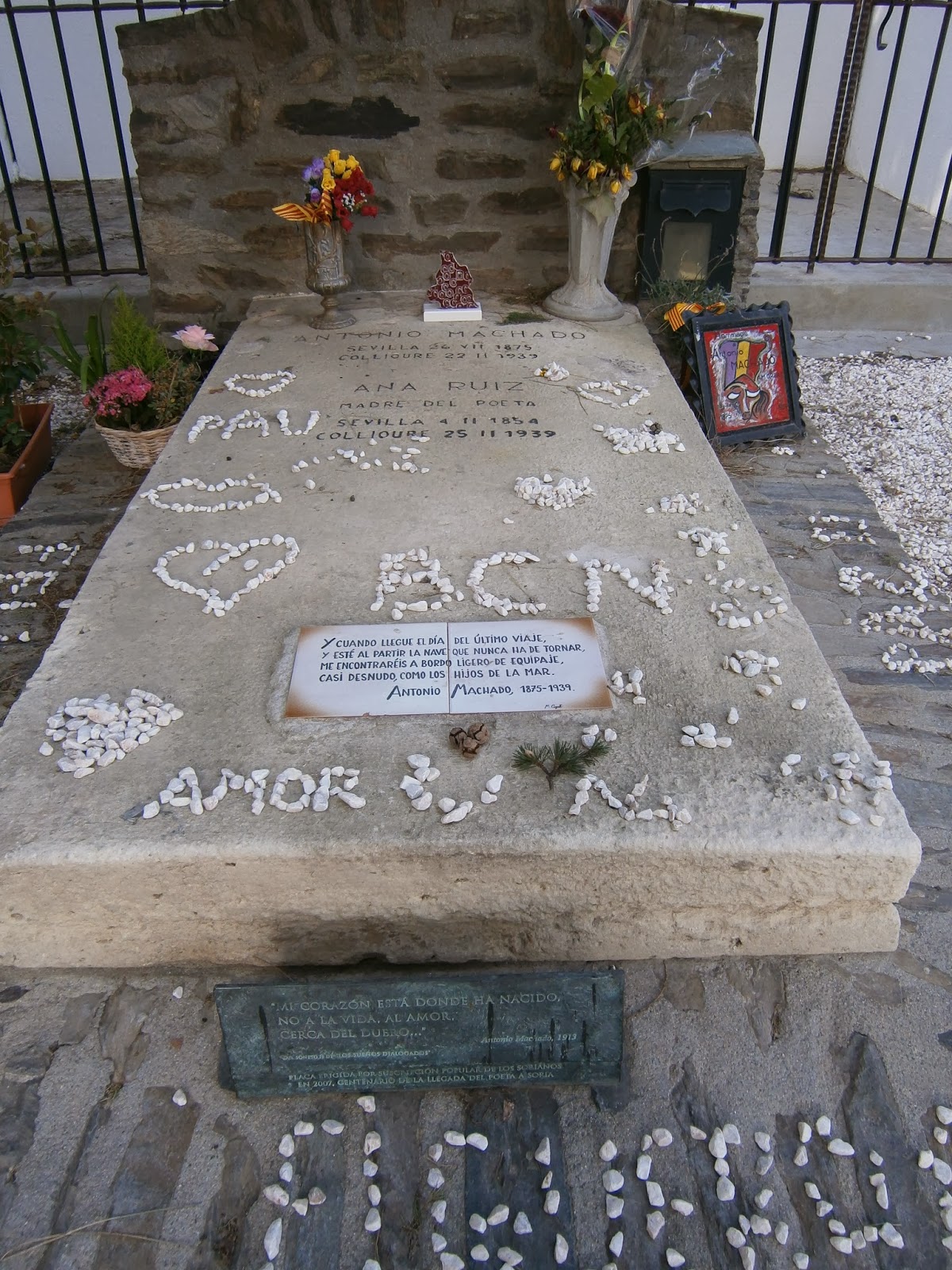 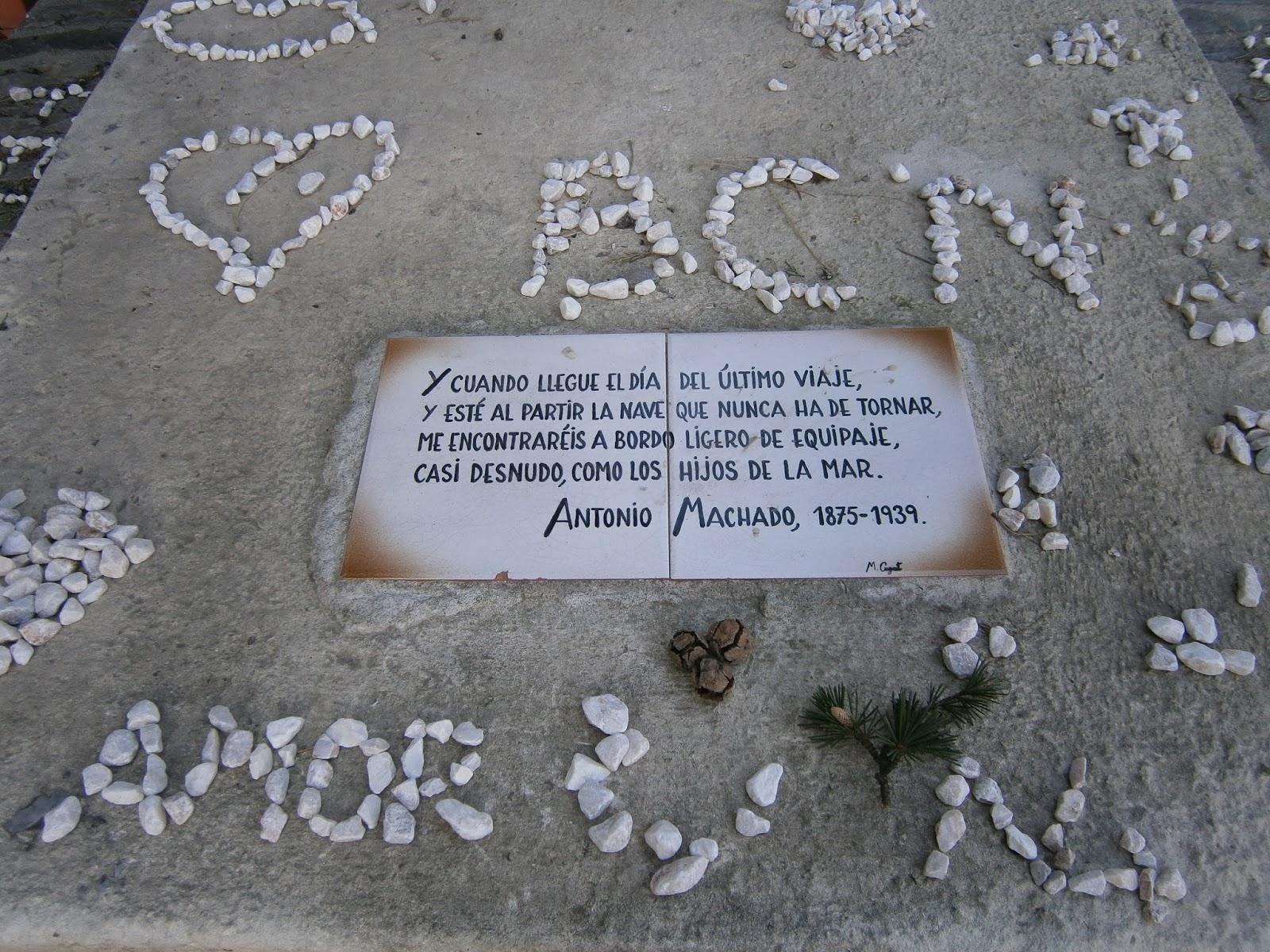 Lunch was at Le Saint-Elme, a very friendly and lively neighborhood restaurant that has couscous as its special on Wednesdays.  Most people were having the couscous and that’s what I had too.  It consisted of a grilled chicken leg, a meat ball made of lamb, and a sausage flavored with a hint of fennel, served on a bed of couscous accompanied by vegetables stewed in a sauce that were served in a casserole equipped with a ladle.  With a glass of red wine, lunch was 18 euros and very well worth it. 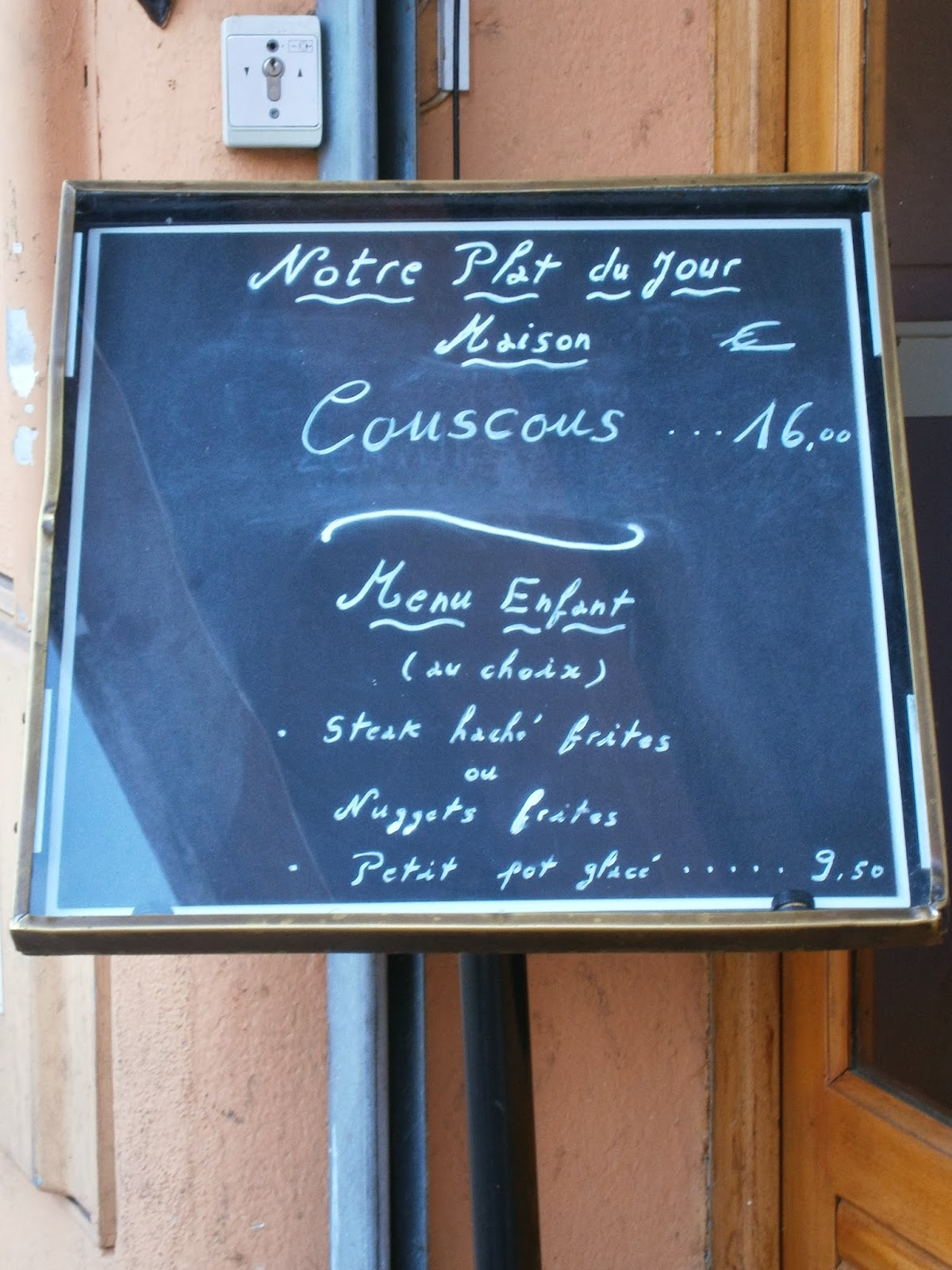 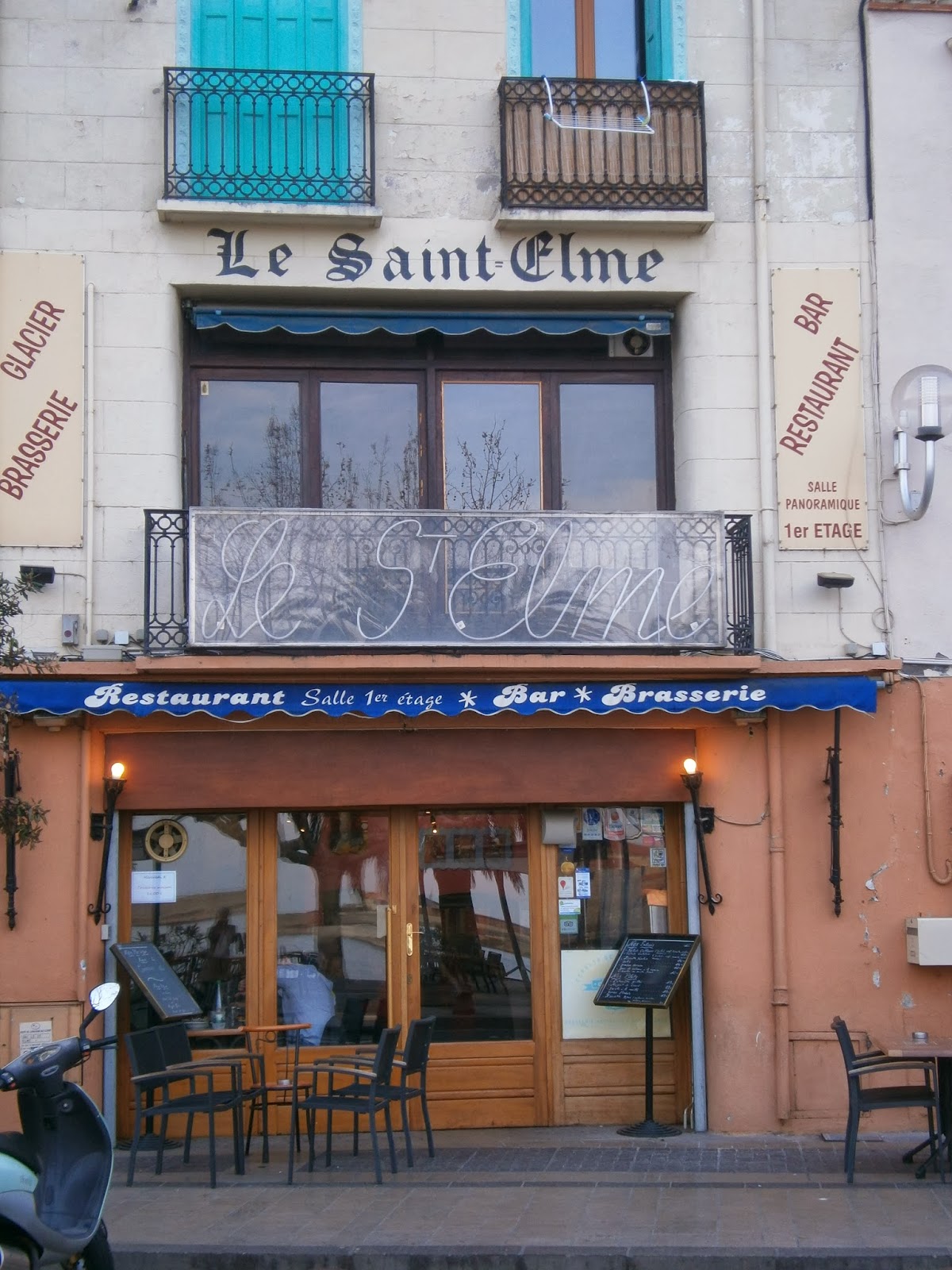 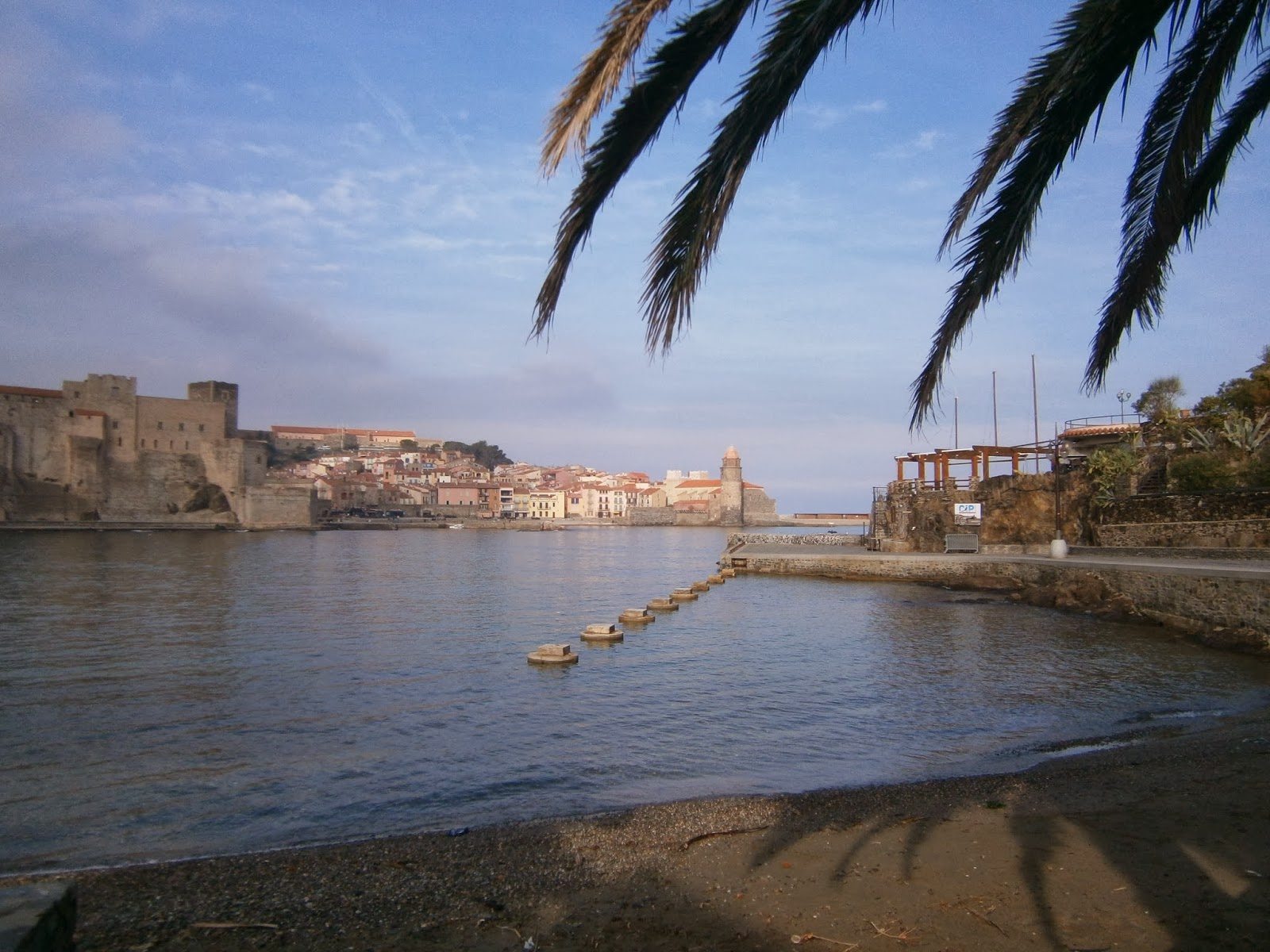 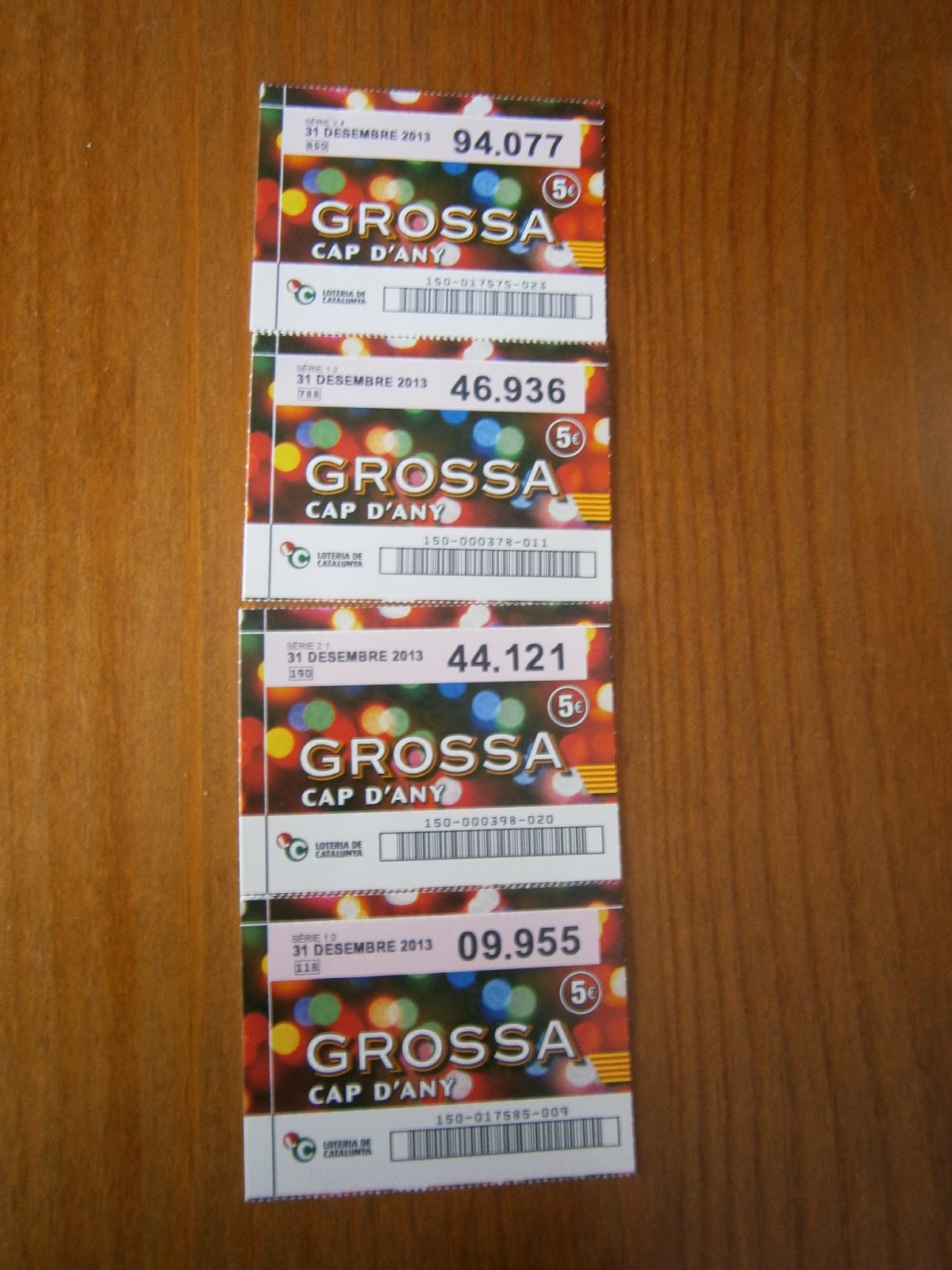 On New Year’s Eve morning, Catalunya held its first ever big holiday lottery, La Grossa, in order to raise extra money for Catalan social services, and in competition with the big Spanish lottery.  I liked the idea that the proceeds would remain in Catalunya and collaborated by buying several tickets.  Two of these I gave away as gifts, and four I kept for myself.  I don’t generally buy lottery tickets and I had bought these to help the cause more than to gamble.  But once you have a ticket, you succumb to gambling fever.  Sadly none of my four won anything.


Last year I went to the Cavalcada dels Reis – the Kings parade – always held on the eve of the 6th of January, and realized that I don’t like being in a crowd.  I had gone significantly early to stand in the cold and get a good spot to shoot photos from, only to be usurped by others who came later and felt they had a claim to be in front because they had small children.  Maybe they were right.  In any case, they blocked my vantage point for taking decent photos.


And like I said, I don’t really like being in crowds.  So rather than go through the same discomfort and frustration, this year I simply didn’t go.  To hell with the photos.  I also didn’t buy a tortell de Reis.  This is a ring pastry, traditionally filled with marzipan and washed down with cava (Catalan sparkling wine).  Somewhere inside is a little figure of a king and a fava bean.  Whoever gets the slice with the king gets to wear a crown; whoever gets the bean gets to pay for the tortell.  This seems a sensible arrangement to me but since I was alone, I decided to stick with the pannetone that I already had on hand.  And anyway, I don’t like cava (or champagne). 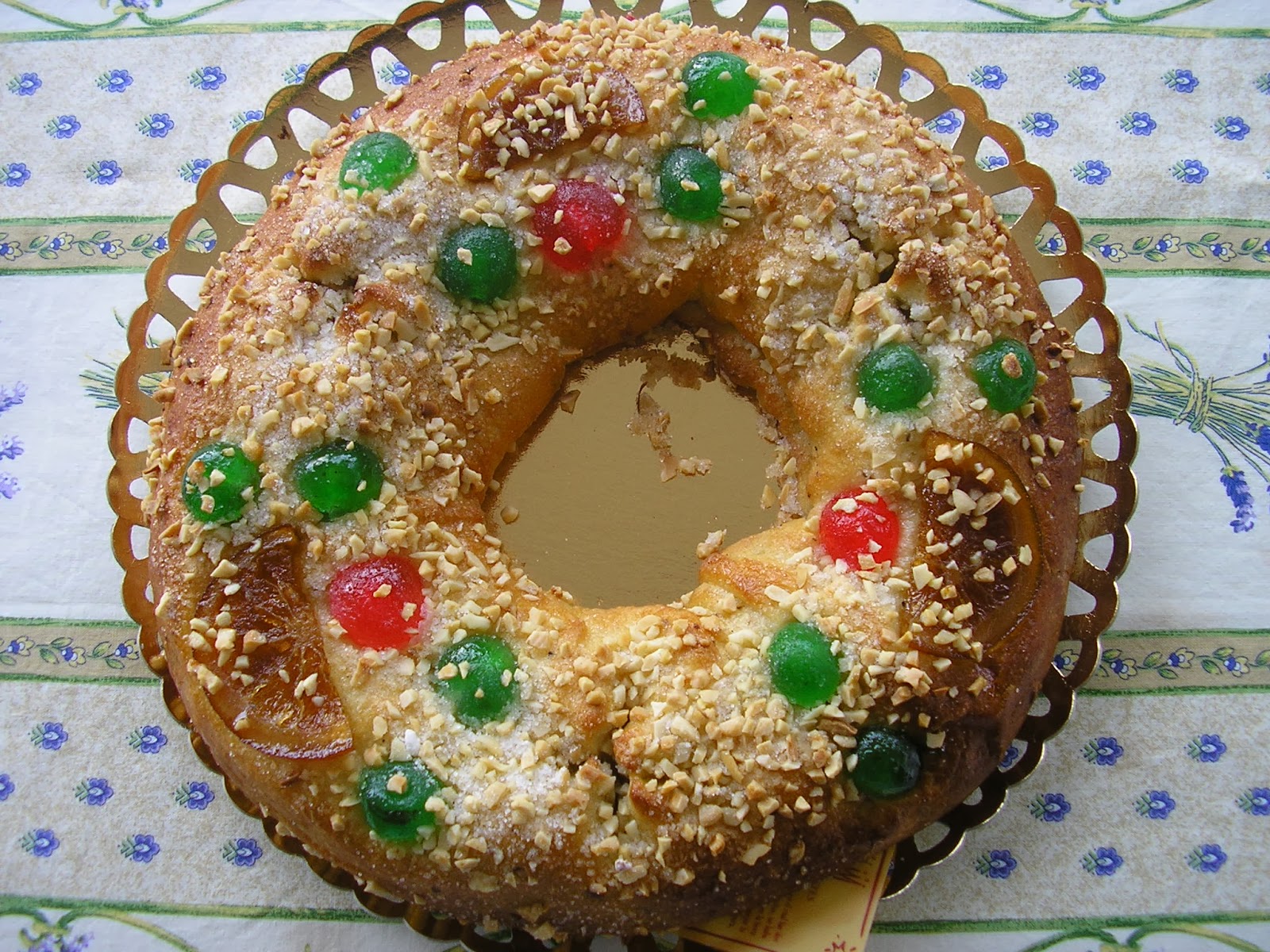 I know what you’re thinking.  Bah humbug.  But that’s not really true.  I did go out on the 5th, during the day, over to Castelló d’Empuries where I enjoyed a lovely view of the snow-covered Pyrenees, walked around the cute village, and bought yet another torró. 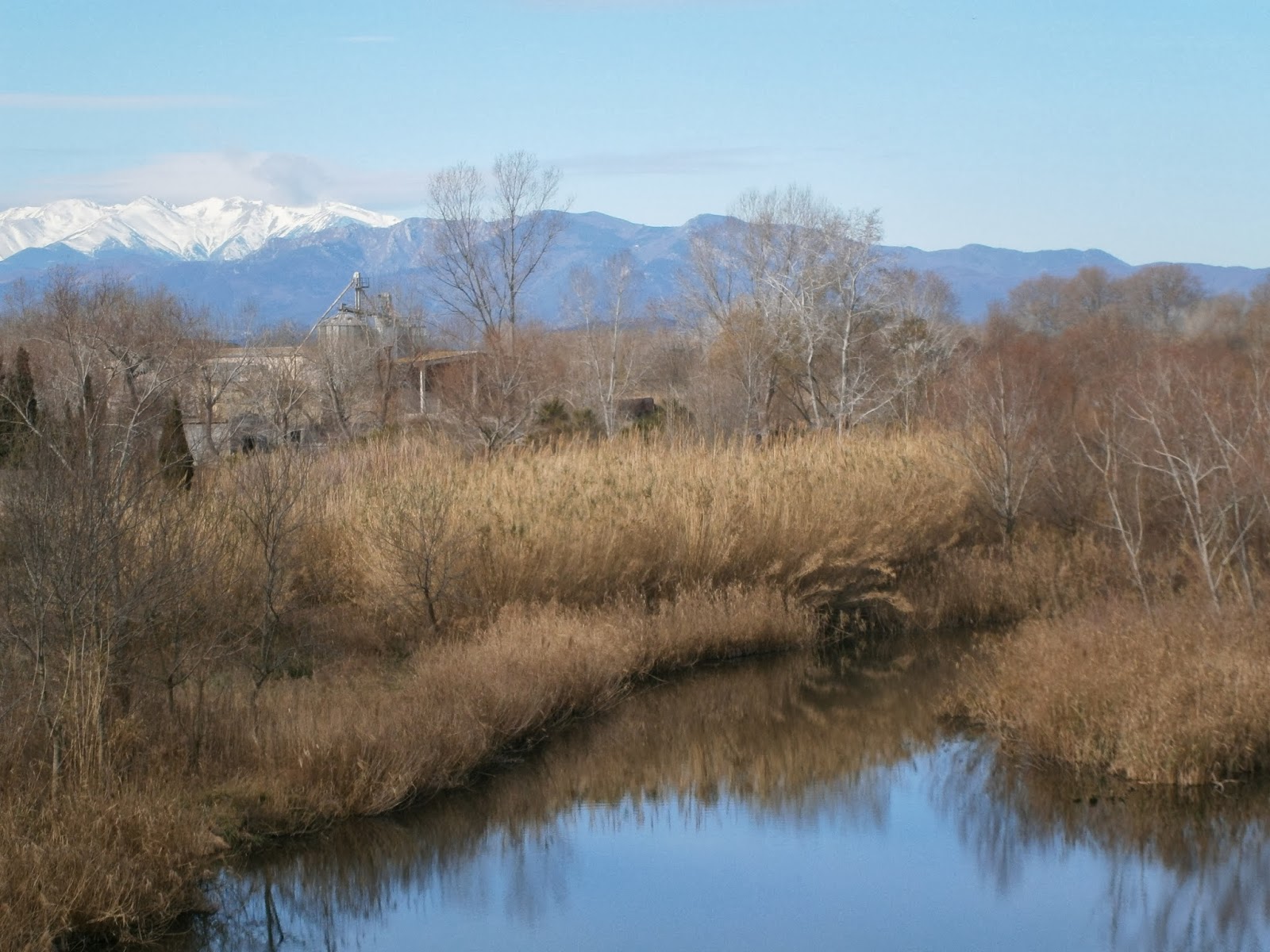 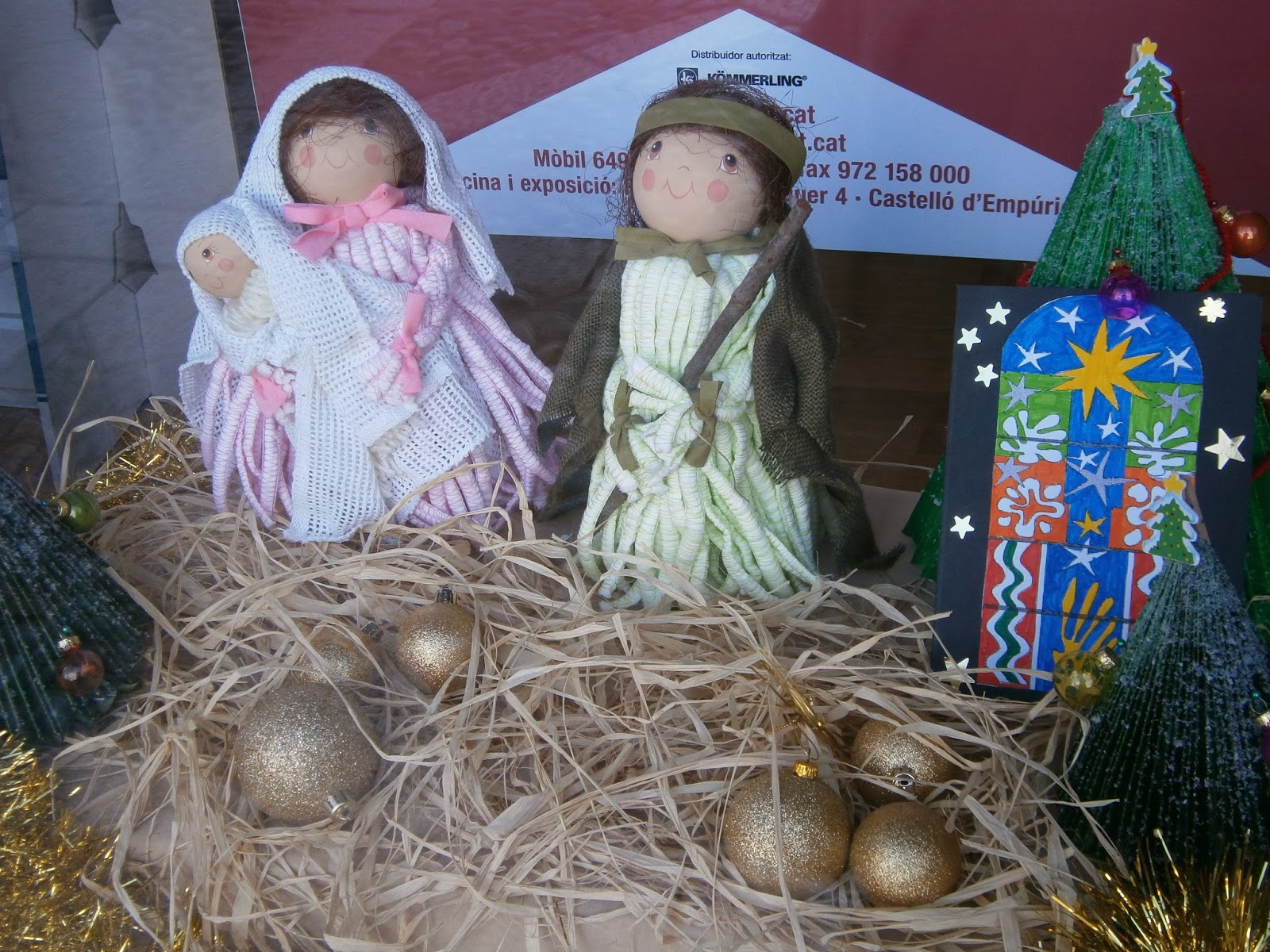 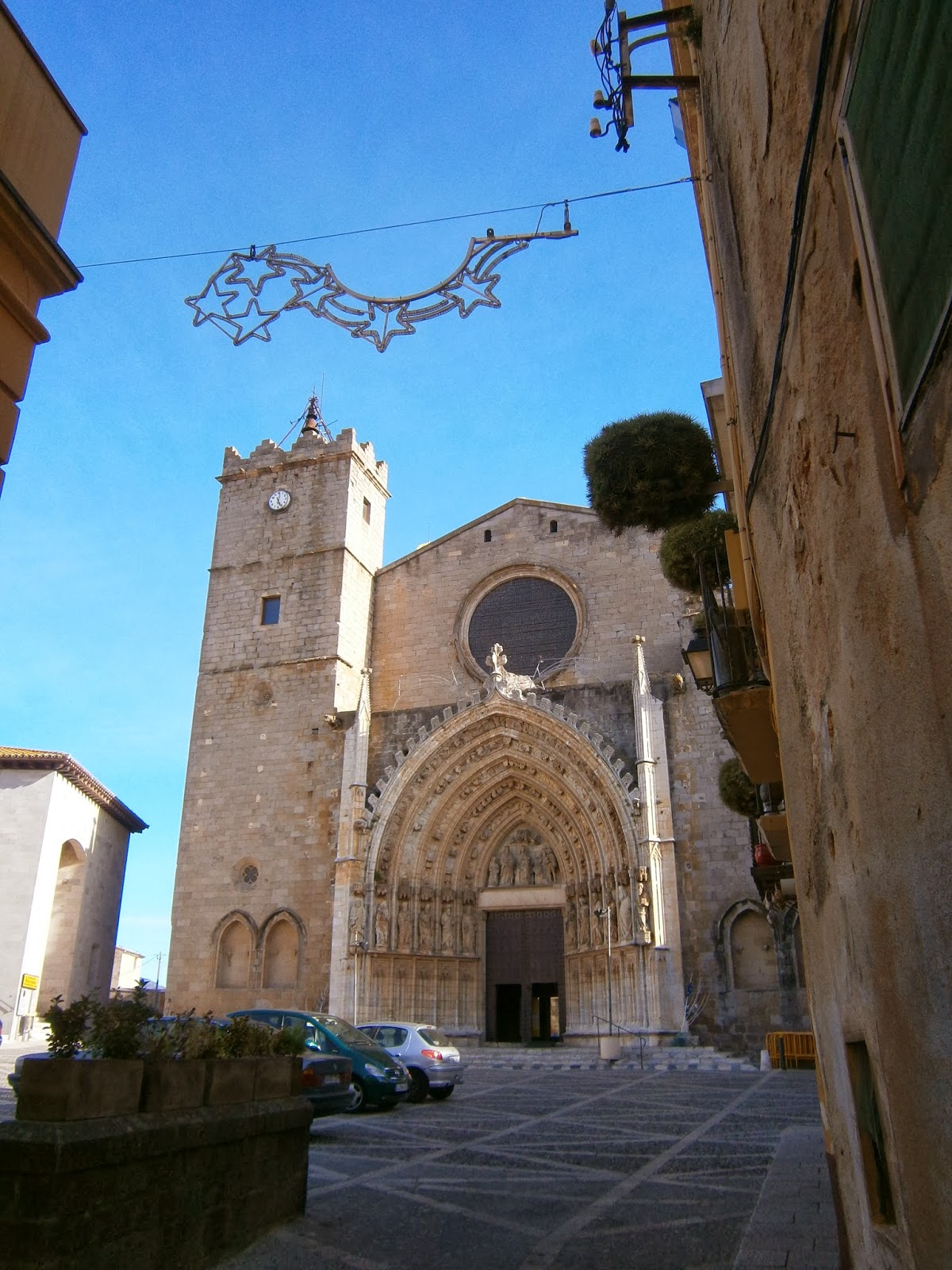 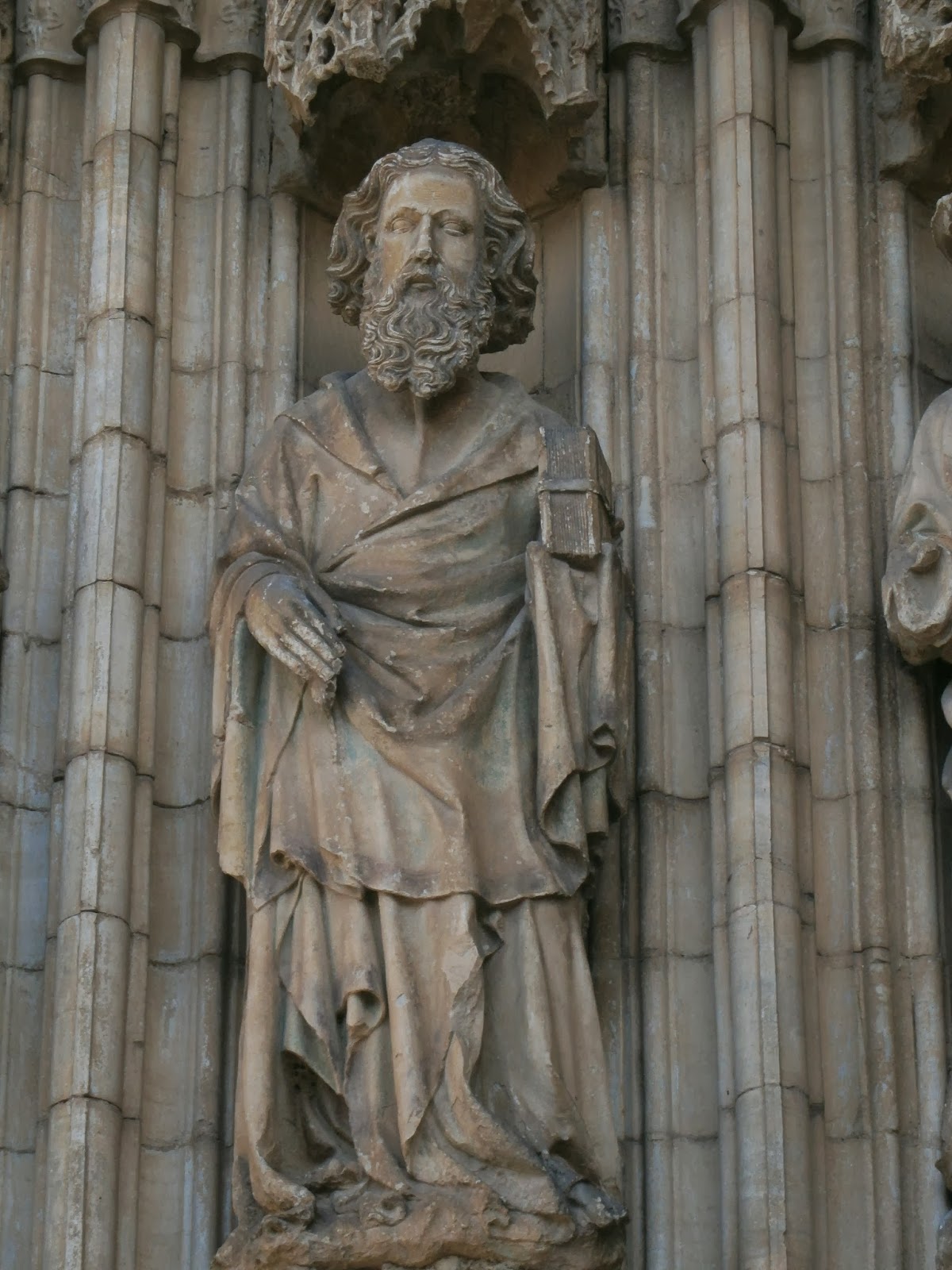 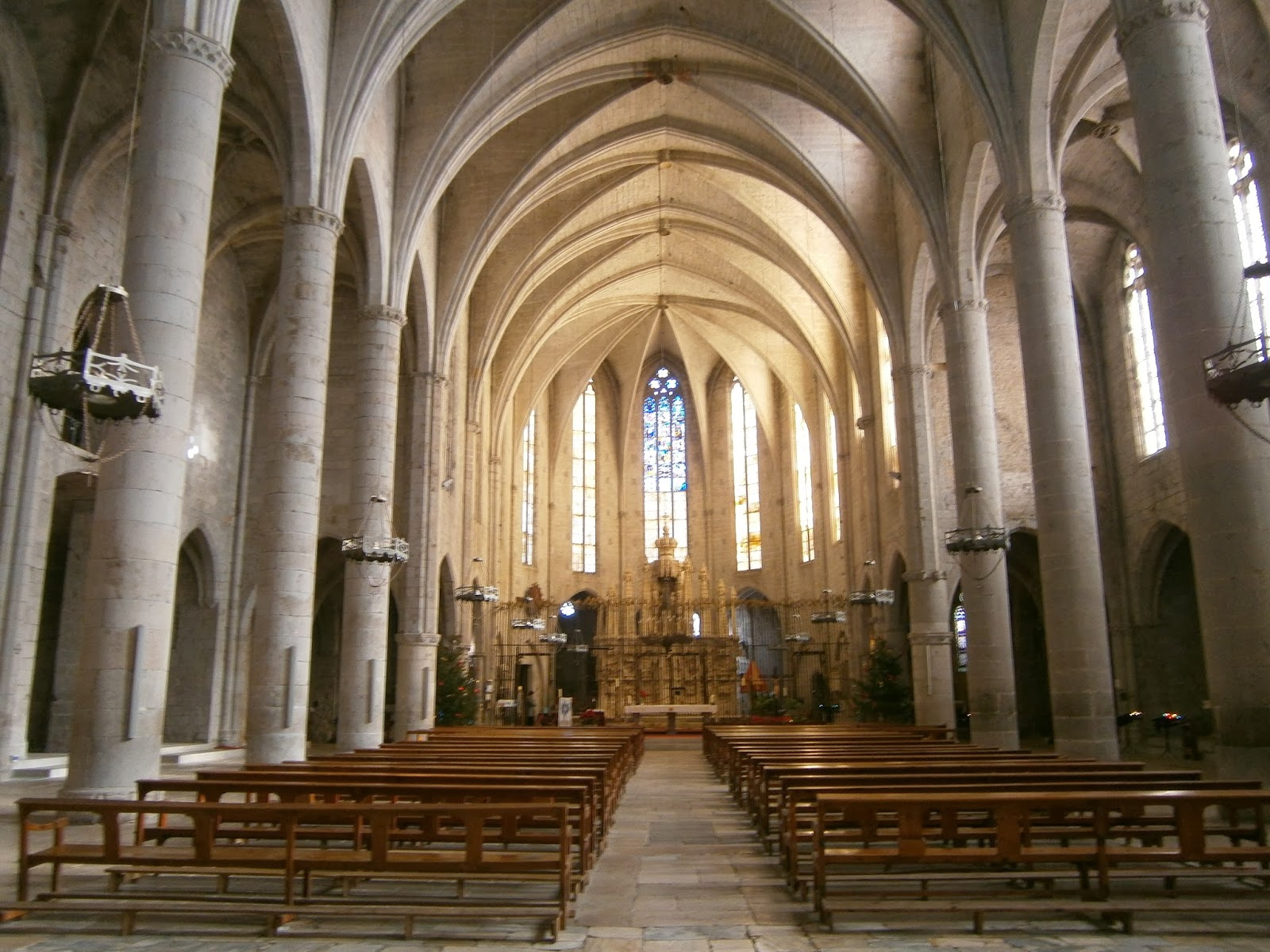 Torró is the special Christmas candy that I can very happily relate to and eat.  I have several favorites of the many flavors they make.  So far this year I’ve had marzipan, chocolate/Cointreau, and  chocolate/whiskey from Castelló.  I also bought a designer torró made by Albert Adrià, best-chef-in-the-world Ferran Adrià’s brother.  I don’t know what special ingredient he used, but I don’t like it.  I think in general, I prefer traditional food to new-fangled chemically-inspired creations.


Not to end on a bah humbug note, when I got back to Figueres I found the neighborhood I usually park in packed with cars.  So I drove off a little further, just alongside the staging area for that night’s parade.  This way I got to enjoy a small preview of the evening’s festivities, in full daylight, with chocolate/whiskey torró in one hand and camera in the other and no one planted in front of me to block my view. 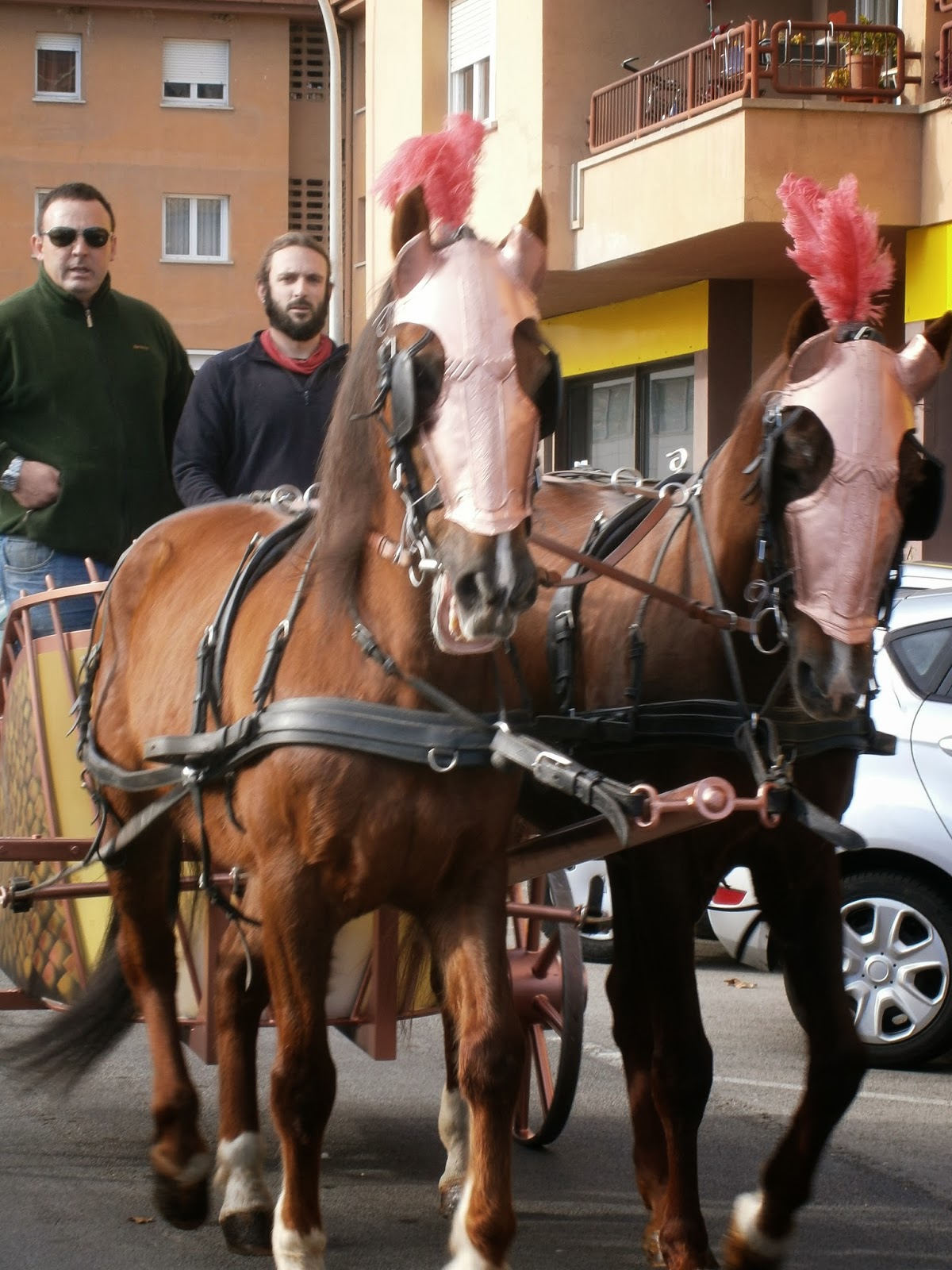 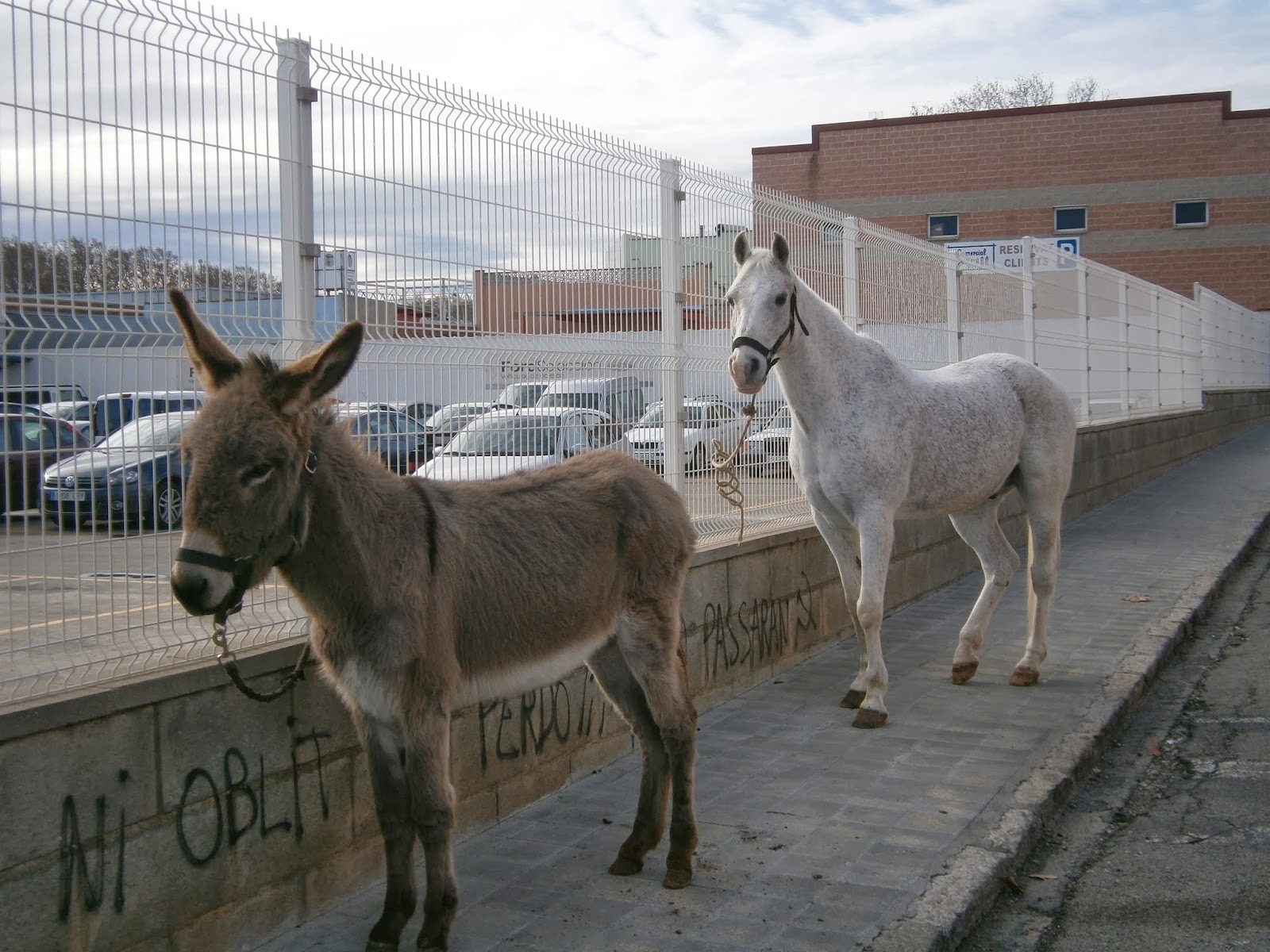