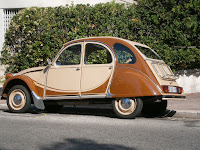 Walking through the Place de l’Horloge on my way to take photos of the famous Avignon bridge, I happened upon a vintage car show that was being held in front of the city hall.  It was part of a week-long celebration of seniors – evidently all kinds of seniors.  Small as the show was, it had some interesting relics.  I have an abiding love of classic cars.  I’ve been to classic car shows and museums, if I’ve got my camera with me, I always photograph an interesting old car on the street, and I used to drive a classic car myself – a 1964 Volvo P1800.

There is more to French cars than old Citroens as I quickly found out walking through the small display.   I am most familiar with the Citroen 2cv which, I just discovered, was made from 1948 until 1990 – 42 years!    It is the icon of French motoring, and is probably the image that comes to mind when any of us think of a French car.  Certainly every American or Brit going native in the French countryside drives one in films.

And then there is the black Citroen Traction Avant, the first mass produced front wheel drive car.   First produced in 1934, these aren’t as common as the 2cvs, but if you’re an Inspector Maigret fan, you are familiar with them because they used to be the standard police cars and one or more always makes an appearance in any episode of any of the Maigret television series.  (The BBC production with Michael Gambon is great, as is the French series with Bruno Cremer.  If you haven't seen them, you can watch and decide for yourself which is the better of the two.  Both are available at my Amazon store). 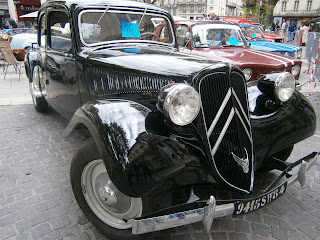 There weren’t more than 20 cars in the show and they weren’t all French. 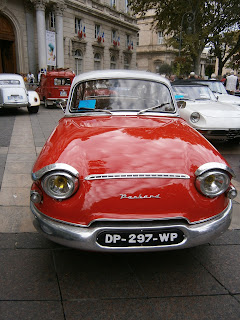 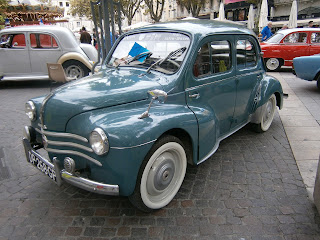 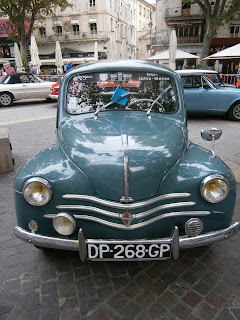 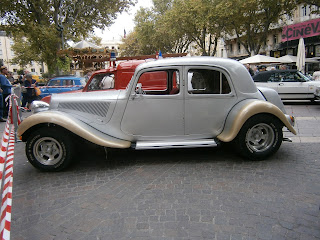 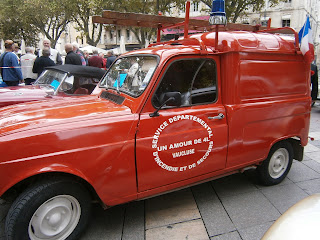 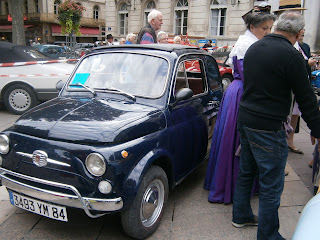 The one that won first prize was, in my opinion, a fabulous little thing.  I asked the owner what it was and darn, I didn’t write it down, don’t remember what he said, and having scrolled through dozens of old French car photos on the internet, can't find it.  All I remember is that it was a 1954 model.  Renault?  Peugeot?  Do you know? 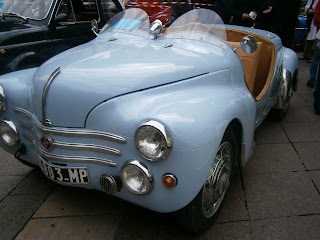 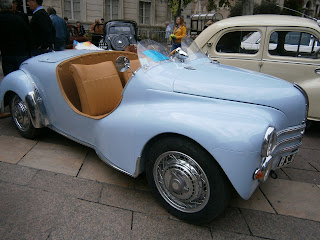