The Path to Surrealism

Last Saturday my walking pal Jaume and I did our usual walk to Vilabertran, but this time it was without the dogs and with a group of people we didn’t know.  The event was sponsored by the Friends of the Dalí Museum, of which I am a member.  The purpose was to learn about the painter’s experiences in the nearby village, where one of his best friends lived.

Salvador Dalí was born and lived the early part of his life in Figueres.  His good friend Ramon Reig had a house in nearby Vilabertran and he went there often on weekends.  When there, he spent a fair amount of time painting.

On the way to Vilabertran you pass a stand of trees off to one side that seem to hide a house.  I’ve always been curious about that house which I figured was probably an old farmhouse and maybe one of those beautiful old stone constructions.  But there is no evident way to get to it.  There is one small path that cuts off in that direction, but then it is cut off by a wall.  I learned that near the house there is a spring. 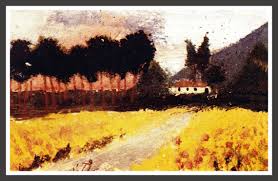 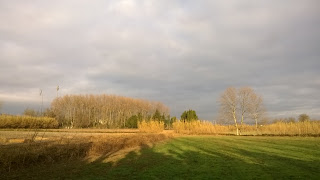 As it turns out, that is the old path that Dalí would take when he went to Vilabertran.  Indeed, Jaume used to go there as a kid for picnics at the spring.  As happens here, someone who later owned the property put up walls so that people could no longer pass through.  But it turns out that the right-of-way is public, and the local governments have sued to have the path reopened.  This may even happen sometime soon.

In the village there is also a small lake, much talked about by Dalí and his sister, and much painted by the two boys.  But we couldn’t see that either.  Some other property owner has walled that off.  Peeking over the top, it seems to be a jungle, but the wall is too high to actually see inside.  We did, however, see images of the paintings done all those years ago when, evidently, there weren’t as many walls about. 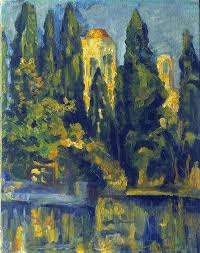 We visited the church and cloister of Santa Maria, a beautiful medieval compound.  Of course Dalí must have been familiar with it, but I don’t recall any concrete reason for our visit except that it is the jewel of the village and is home to a rather impressive, large, gilded cross. 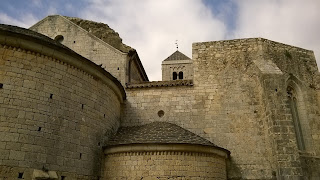 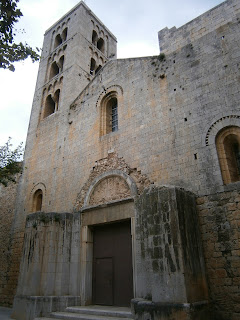 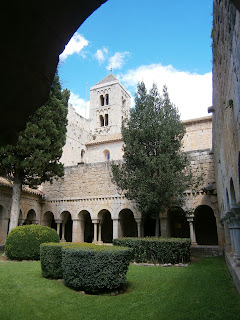 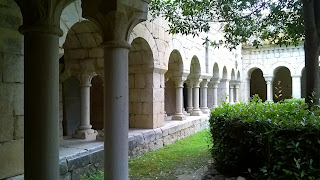 Dalí’s friend Ramon Reig, a youngster his own age, had inherited from an uncle the impressive modernist villa that still stands and that is now the Vilabertran city hall.  Reig was also a painter and when they were together, while the rest of the family chatted, ate, and drank, the two boys spent their time painting.  It was interesting, on our walk, to see images of a few of their paintings from that time, side by side.  It’s not like you would have any idea which ones were by the genius.  He had a long way to go before adopting surrealism as his way of expressing himself in art and in life. 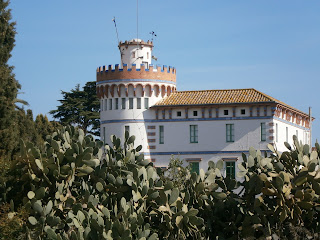 While Dalí went on to become, well, Dalí.  Reig became an art teacher.  In fact, Reig was my friend Jaume’s art teacher when he was in school.  Jaume was thrilled to learn more about his old teacher directly from the man’s granddaughter.  And she seemed equally thrilled to chance upon someone on the tour who had known and studied with her grandfather.  And I could only marvel at how much a small town Figueres really is, where, as they always tell me, everyone knows everyone. 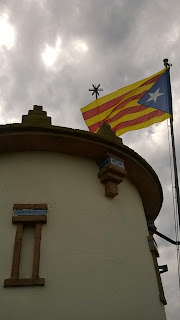