New Life: New Rules (A Lot of Theres There) 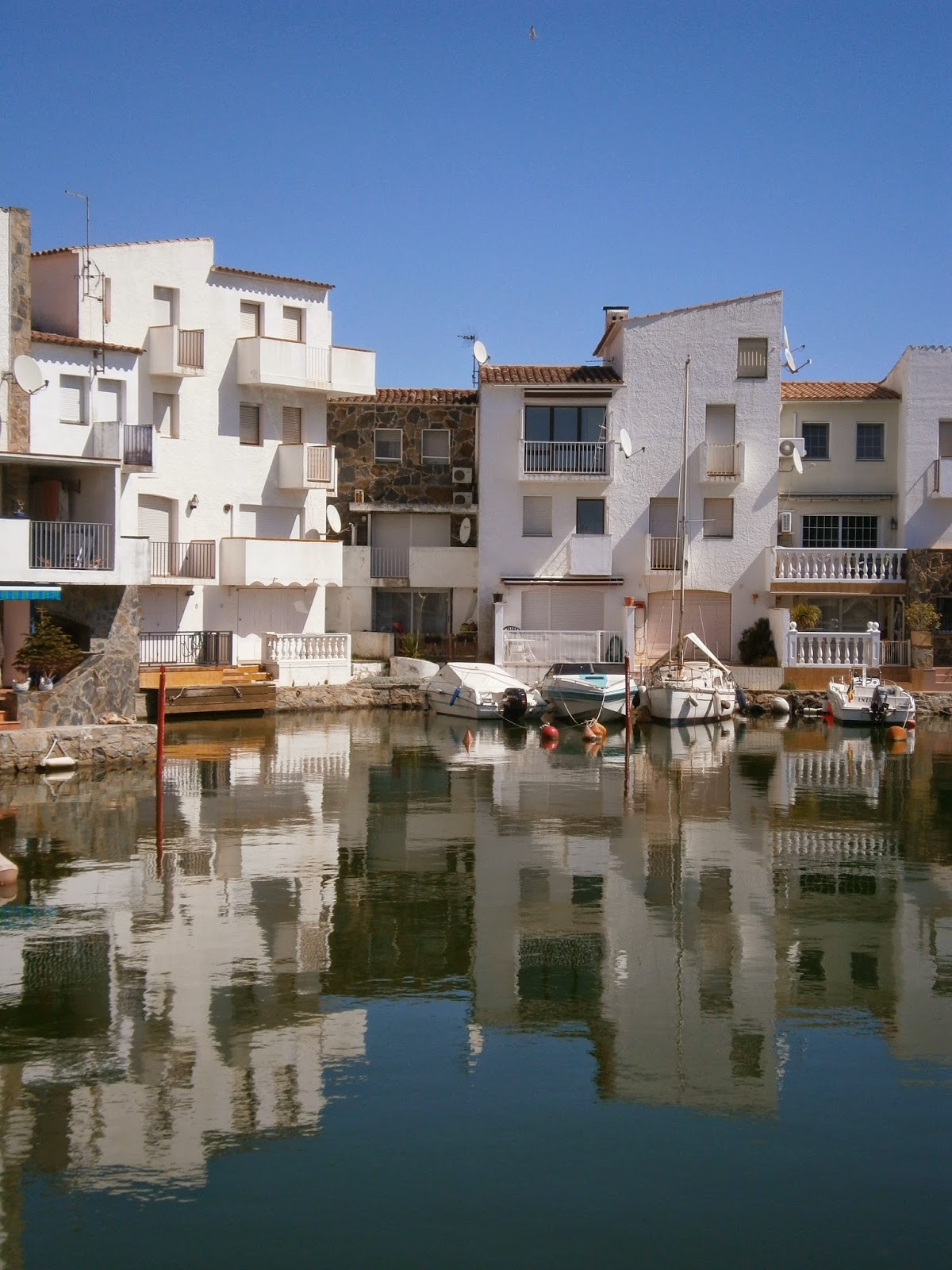 As long as street signs are in an alphabet you can read, you shouldn’t have too much trouble getting around, even in a new country.  I brave the new highways and streets with a map and by asking directions.  I still have not succumbed to a GPS, and would prefer not to, in part because they seem to be only about 80% accurate here.  I like being an anachronism.  I like being different.  Between a paper map and Google, I hope I have all I need.

One day I went to the pharmacy to find it closed – it was probably an unexpected holiday.  On Sundays and holidays when the pharmacies are closed, there will be signs on their doors to tell you where you can find the pharmacy that is on holiday duty. There will always be at least one.  This one was on a street called Gonzalez de Soto and I set off to find it, asking directions of three people.  One person pointed one way, later another pointed back to where I had walked from, but no one seemed completely sure where this street was.  It turned out that each of the three had told me a part of the puzzle.  The problem was that what is Gonzalez de Soto on one block can be called Muntaner on the next one.  Like many streets, its name changes as you progress up or down.  So you need to keep a sharp, rotating eye, and an open mind.

You can be faced with other challenges if you venture out of town.  Last year I made friends with a Polish couple who live in London and have a vacation home here – in Empuriabrava.  Empuriabrava is a man-made series of canals, reclaimed from marshland, that house mostly vacation apartments and homes.  It sits on the coast and is Catalunya’s answer to Venice.  I thought it a tacky idea so I was very surprised on my first visit there to see how lovely it actually is. 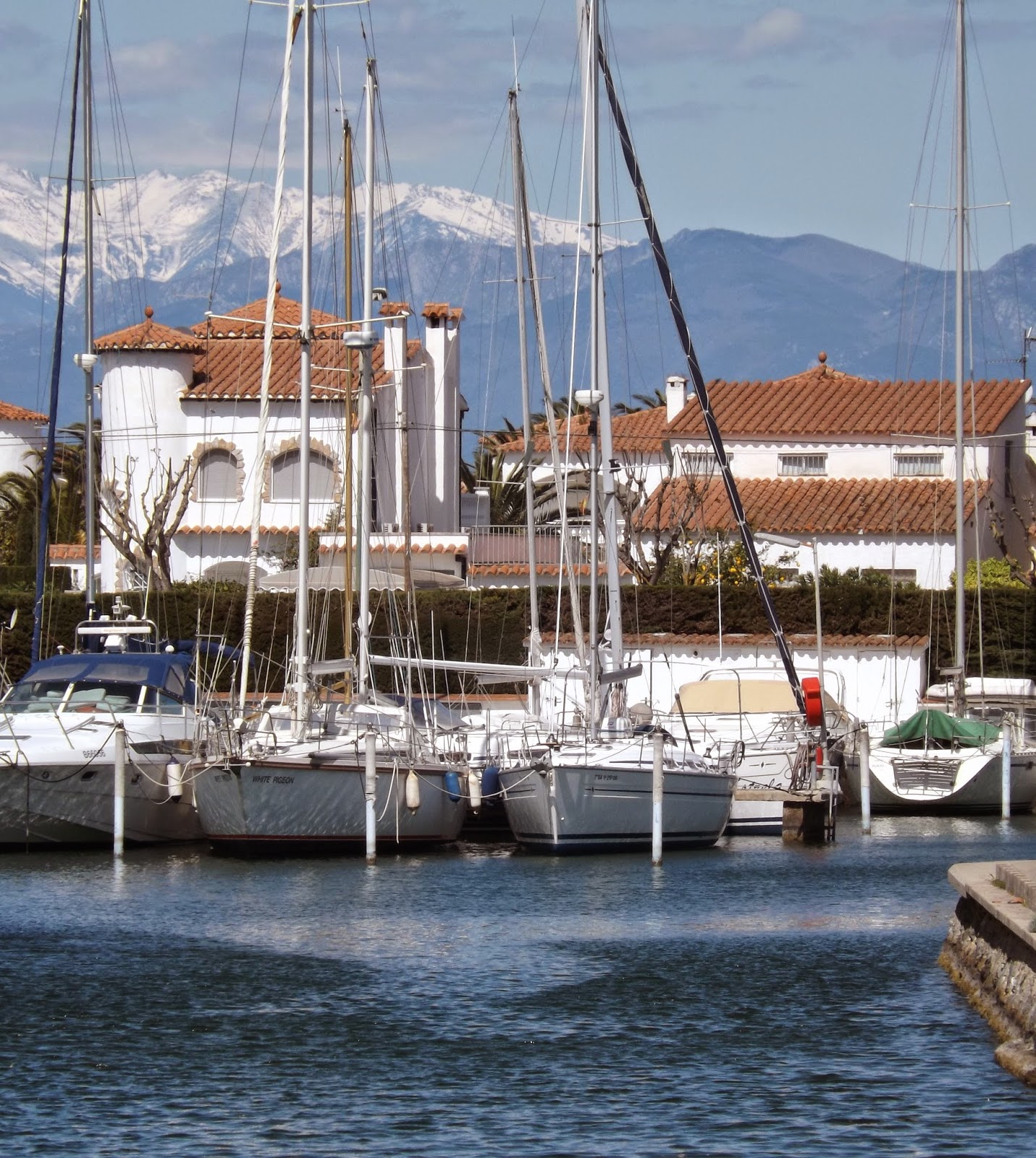 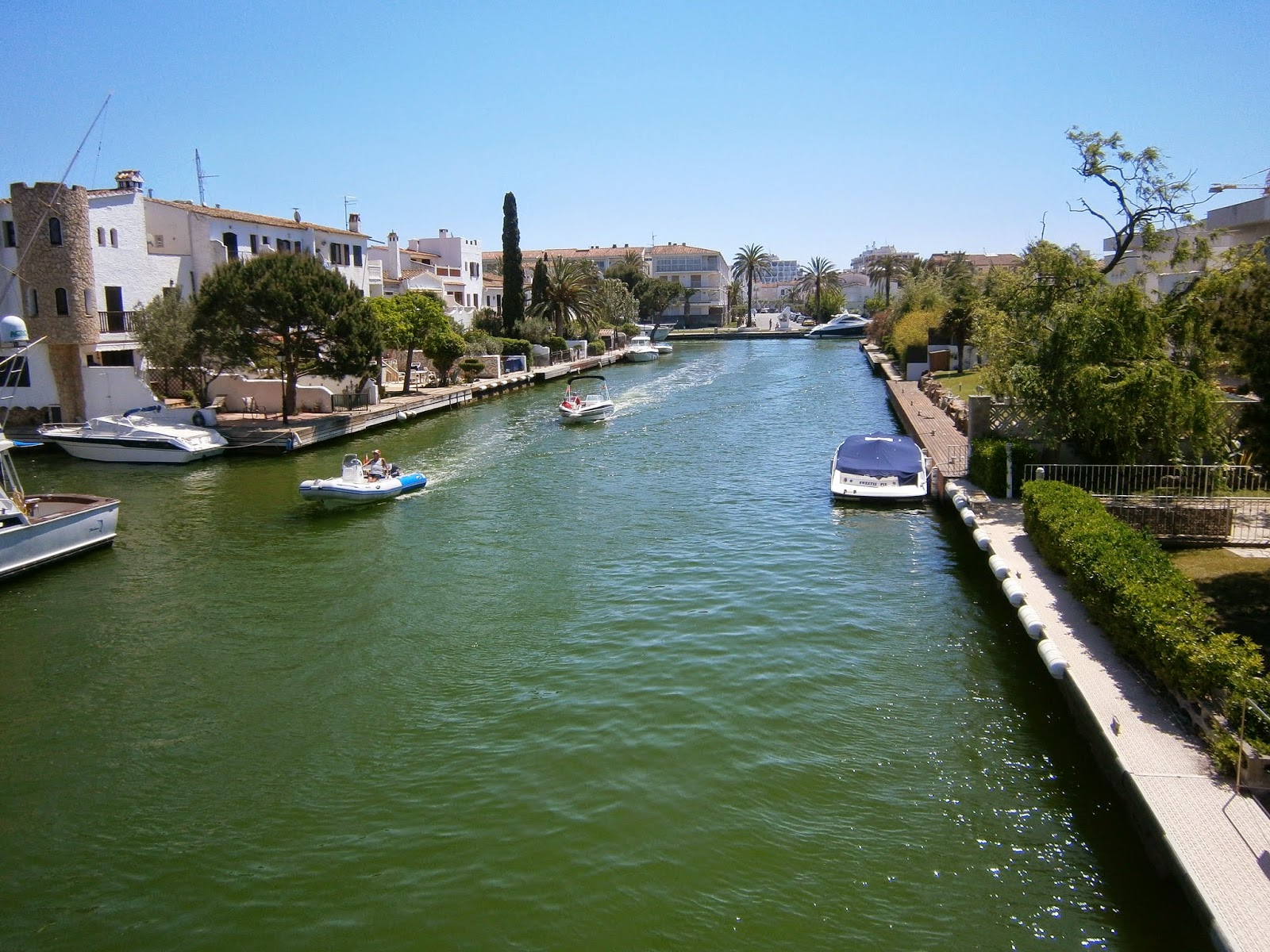 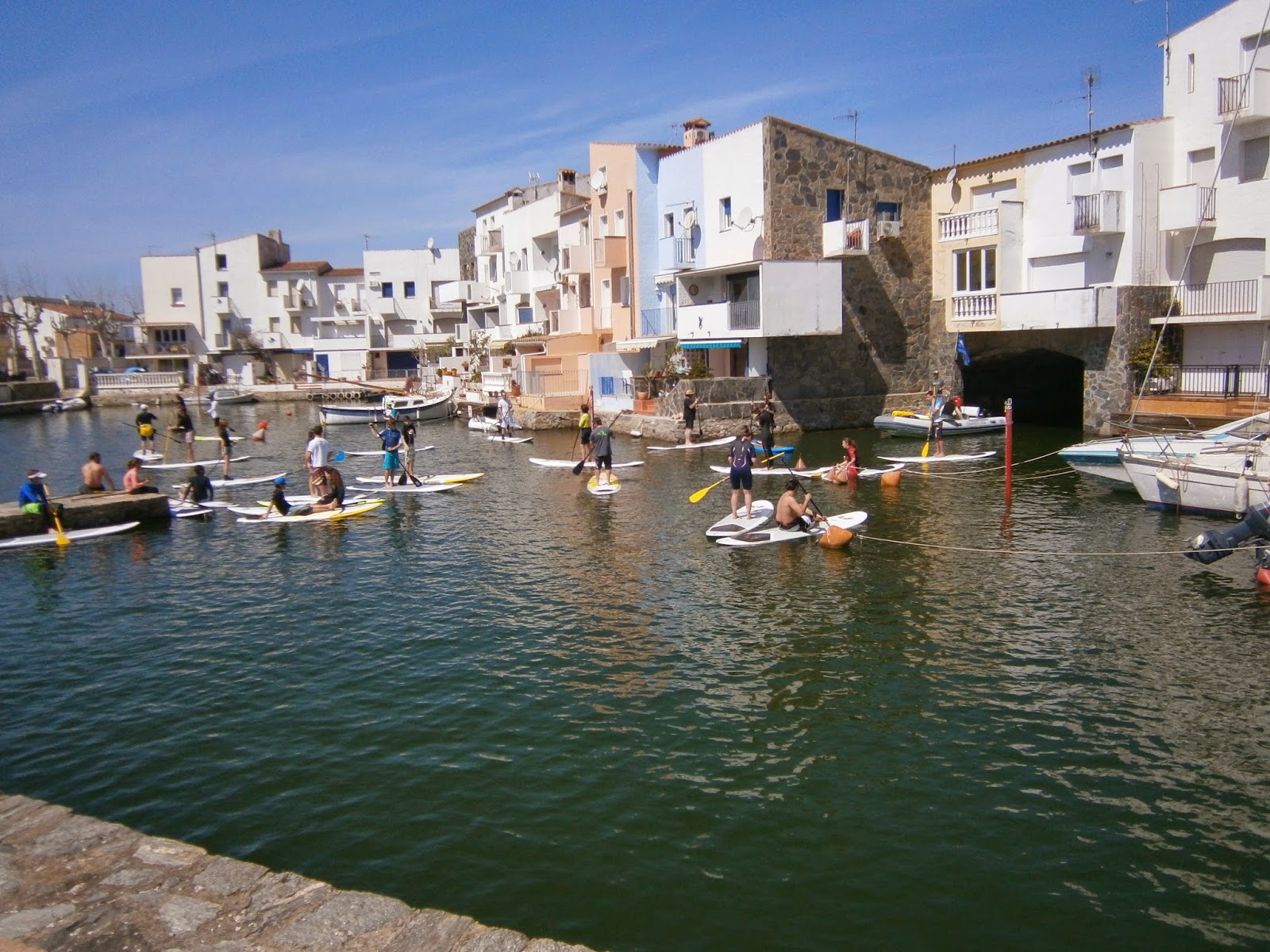 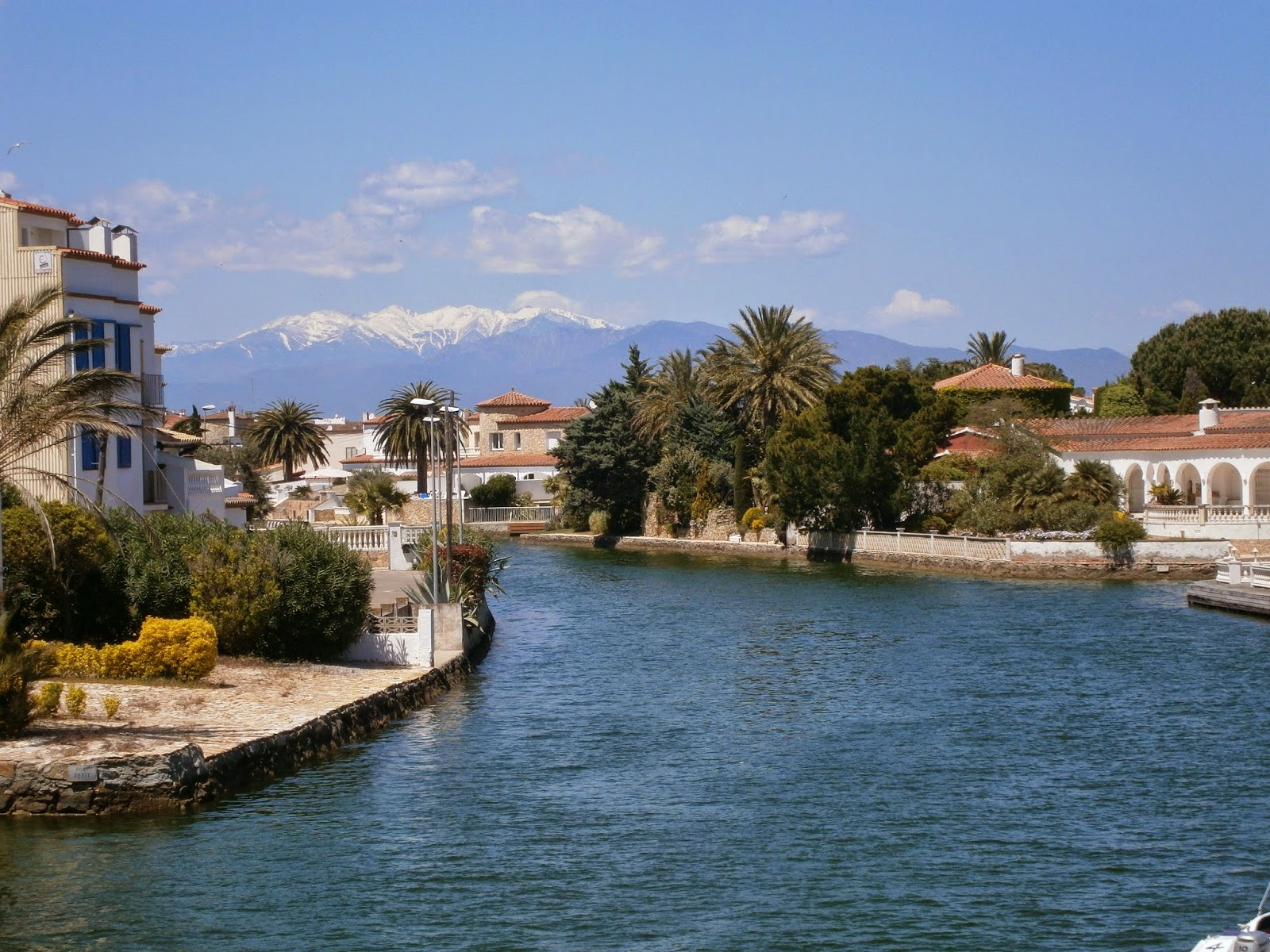 Later, when I went to visit my new Polish friends for the first time, I found out how strange Empuriabrava really is.  I had their address and looked it up on Google.  There was a red marker, but it wasn’t clear to me that it showed a house on the lake as my friends had described.  They live on Carrer Sant Maurici.  What was so strange was that every street in the neighborhood goes by that same name.

When I got there, I drove up and down the Sant Maurici I thought Google had marked, but couldn’t find their number.  In the end I called them.  “Where are you?”  they asked.  “I’m on Carrer Sant Maurici.”   So we met at a nearby supermarket from where I followed their car to the right house on the right street.  Was it just me?  No, most people have trouble finding them.  Later, back at home, further inspection revealed that the area adjacent to theirs is laid out in a similar way with all the streets being called Puigmal. 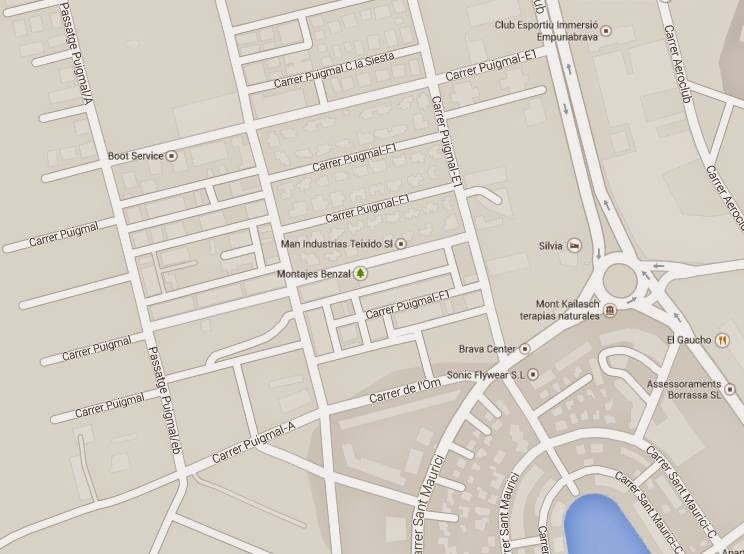