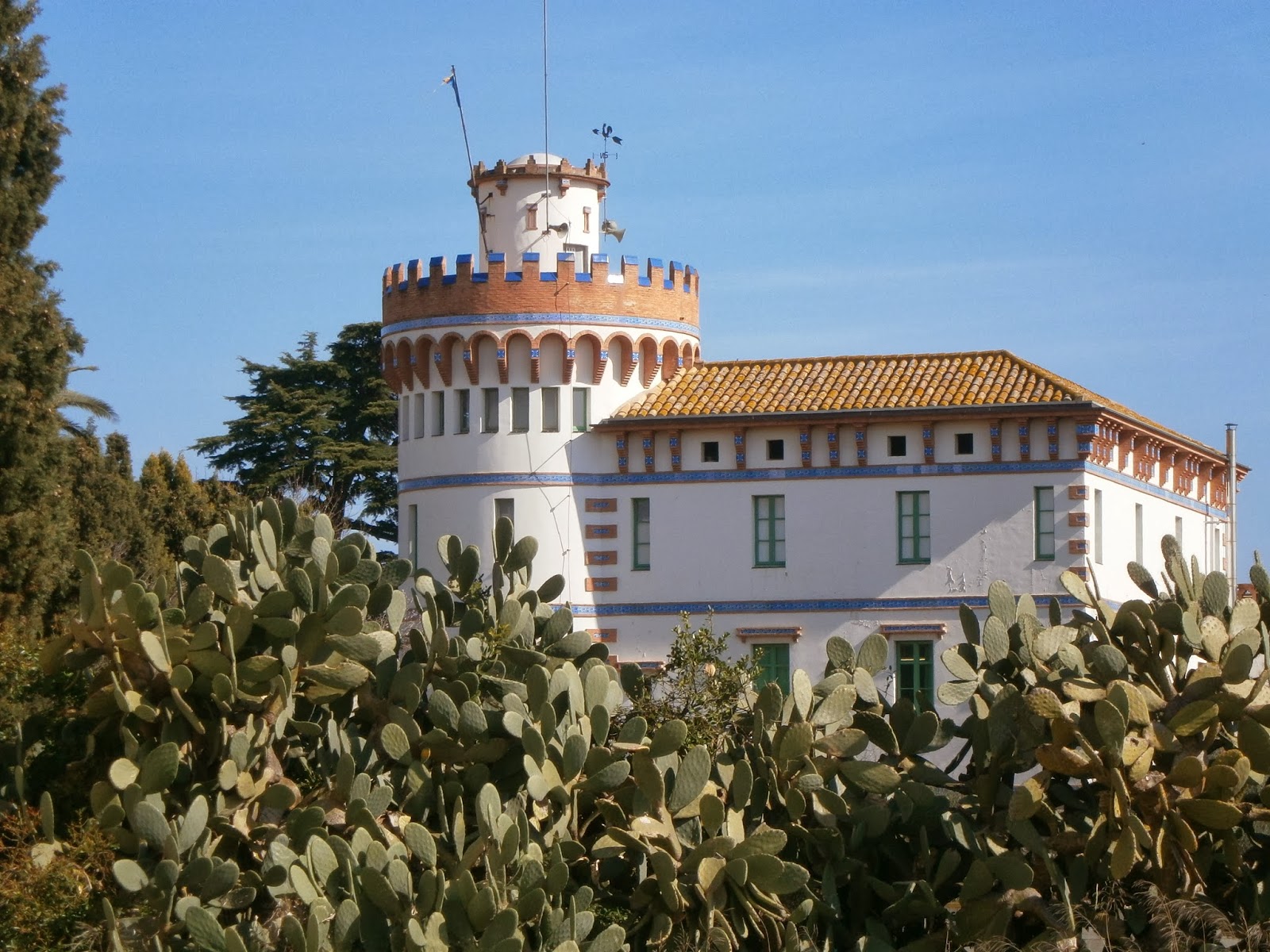 The day that I ran into the man with a dog from the local animal shelter (called a protectora although the one in Figueres seems to abuse and kill rather than protect the animals) I was actually headed for the nearby village of Vilabertran.  I've walked there several times before but never managed to get there on a weekday when their intriguing city hall was open.  The building is set far back from the street and surrounded by a garden, pond, and wall with a gate that locks outside of business hours -- hence the problem of taking photos.  Built in the early 20th century, an example of the modernista (Catalan art nouveau) style, the Torre de'n Reig was built as a private mansion.  Salvador Dali, who was born in nearby Figueres, used to visit there. 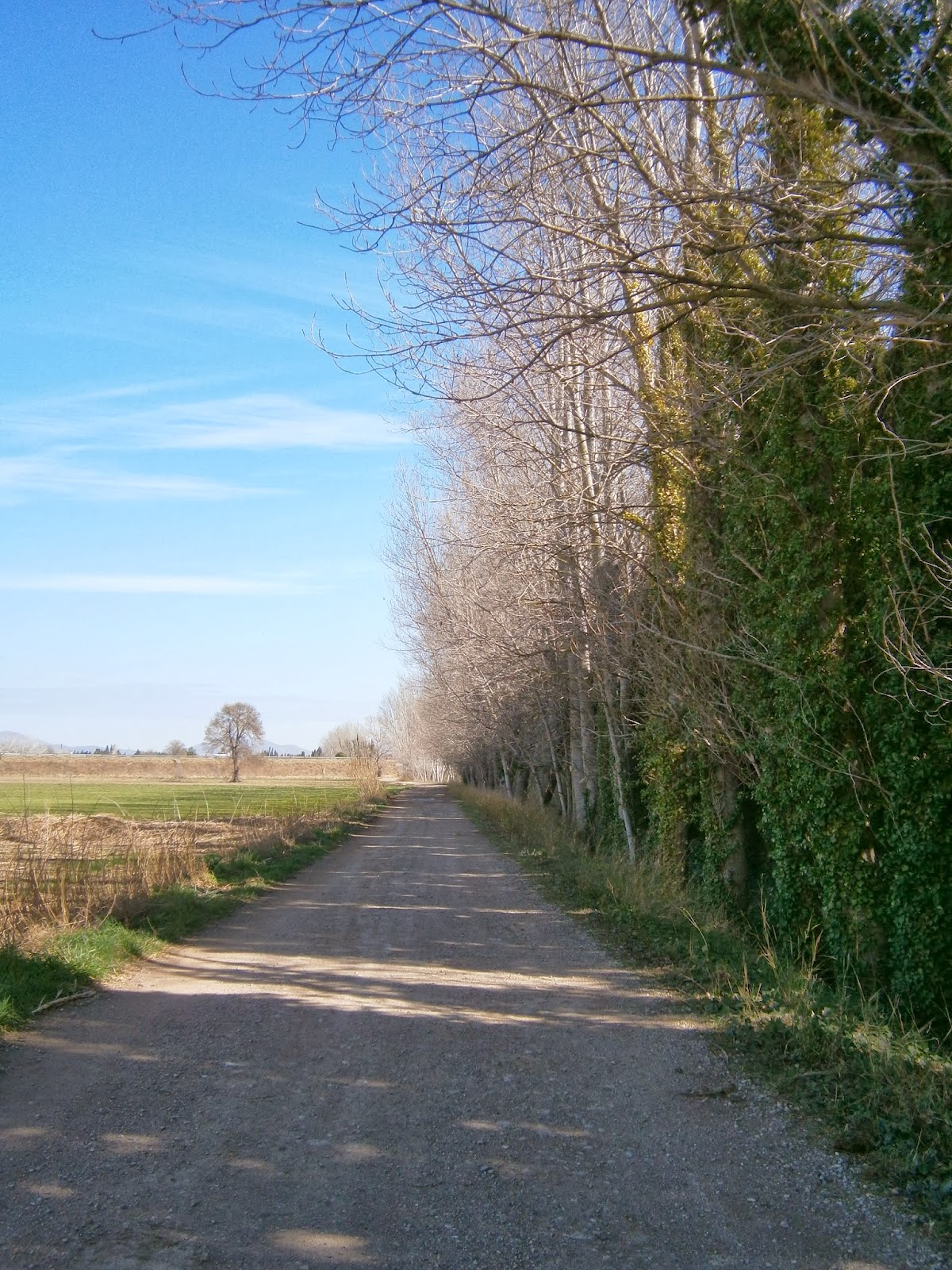 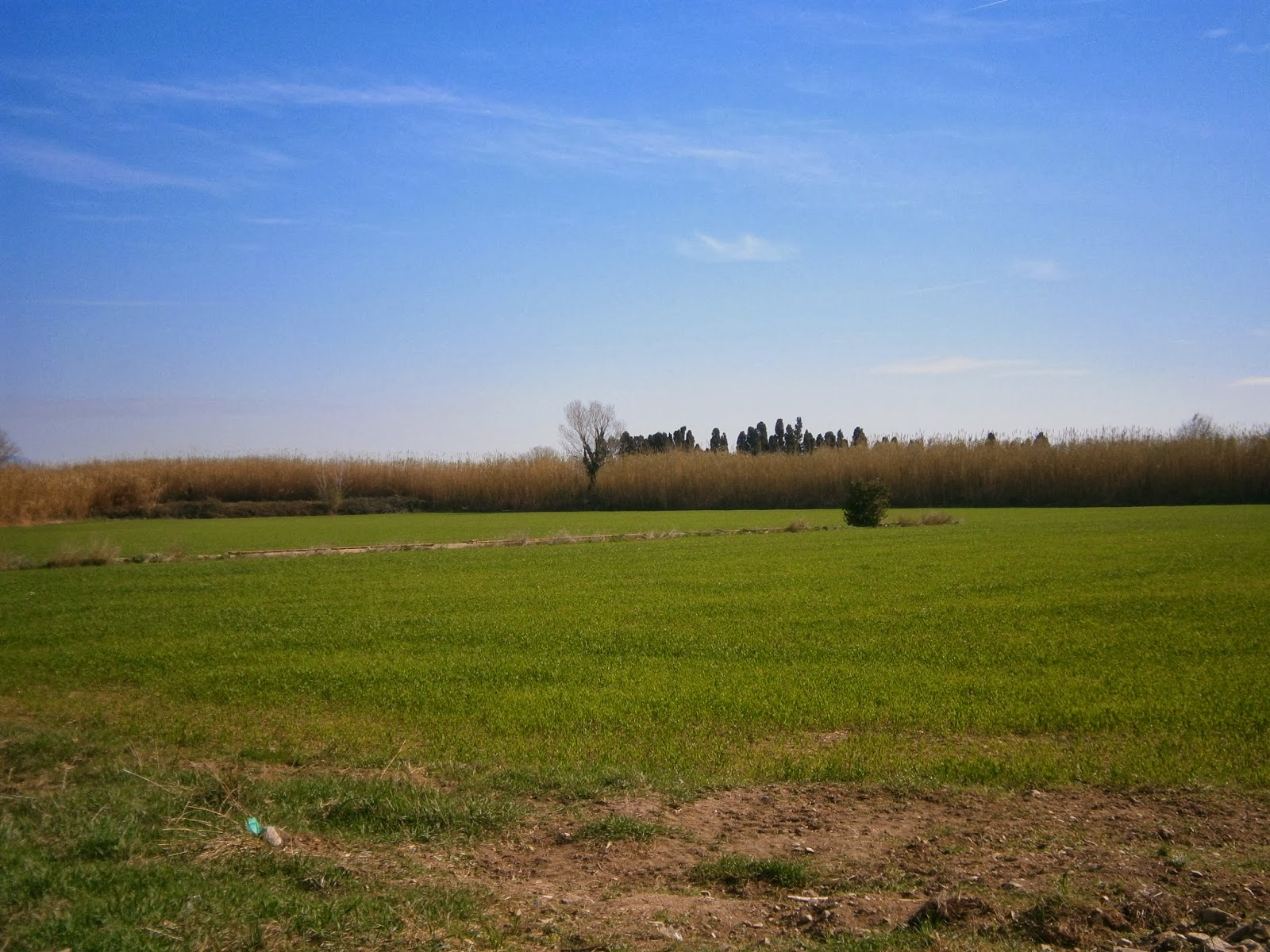 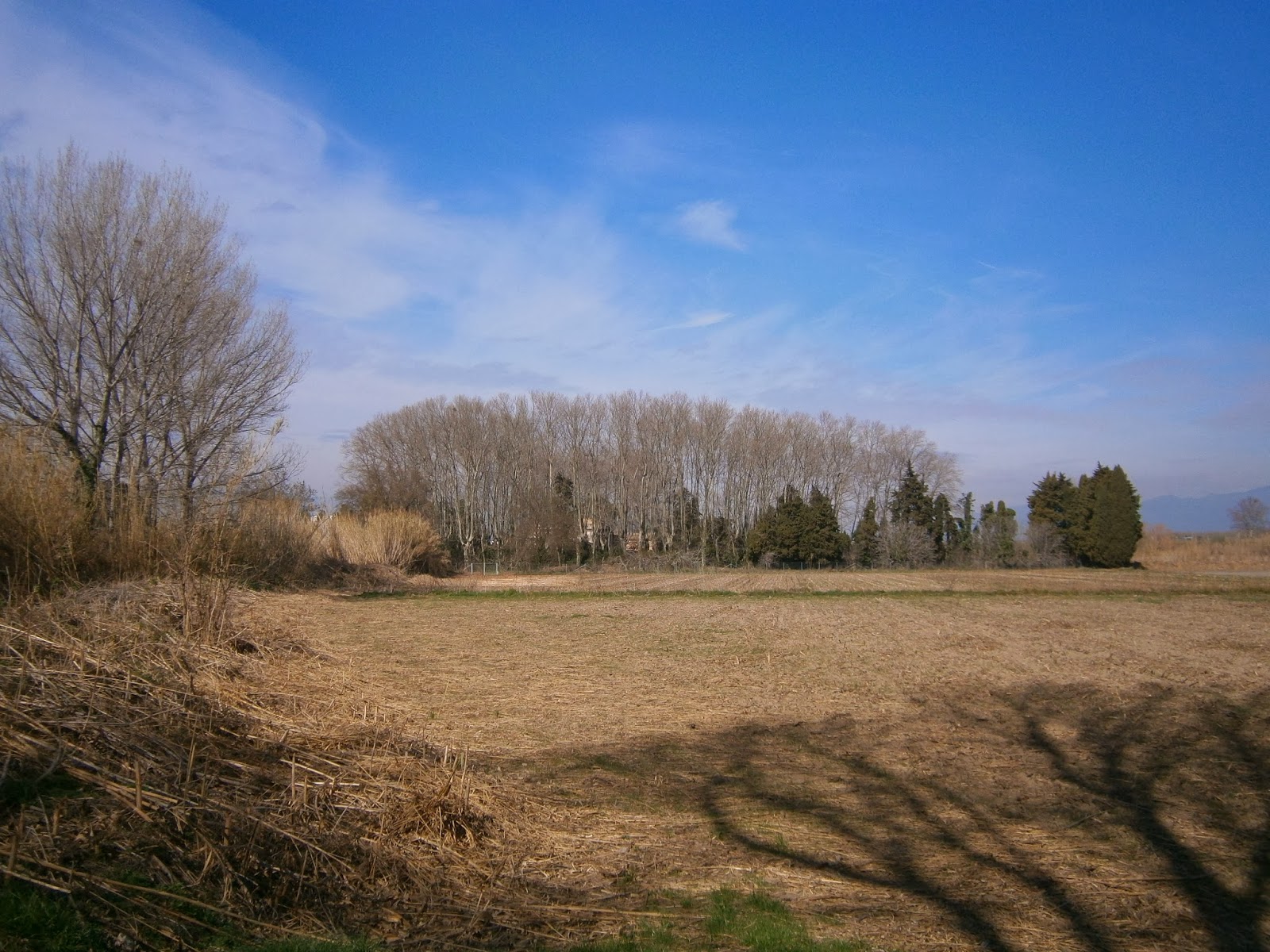 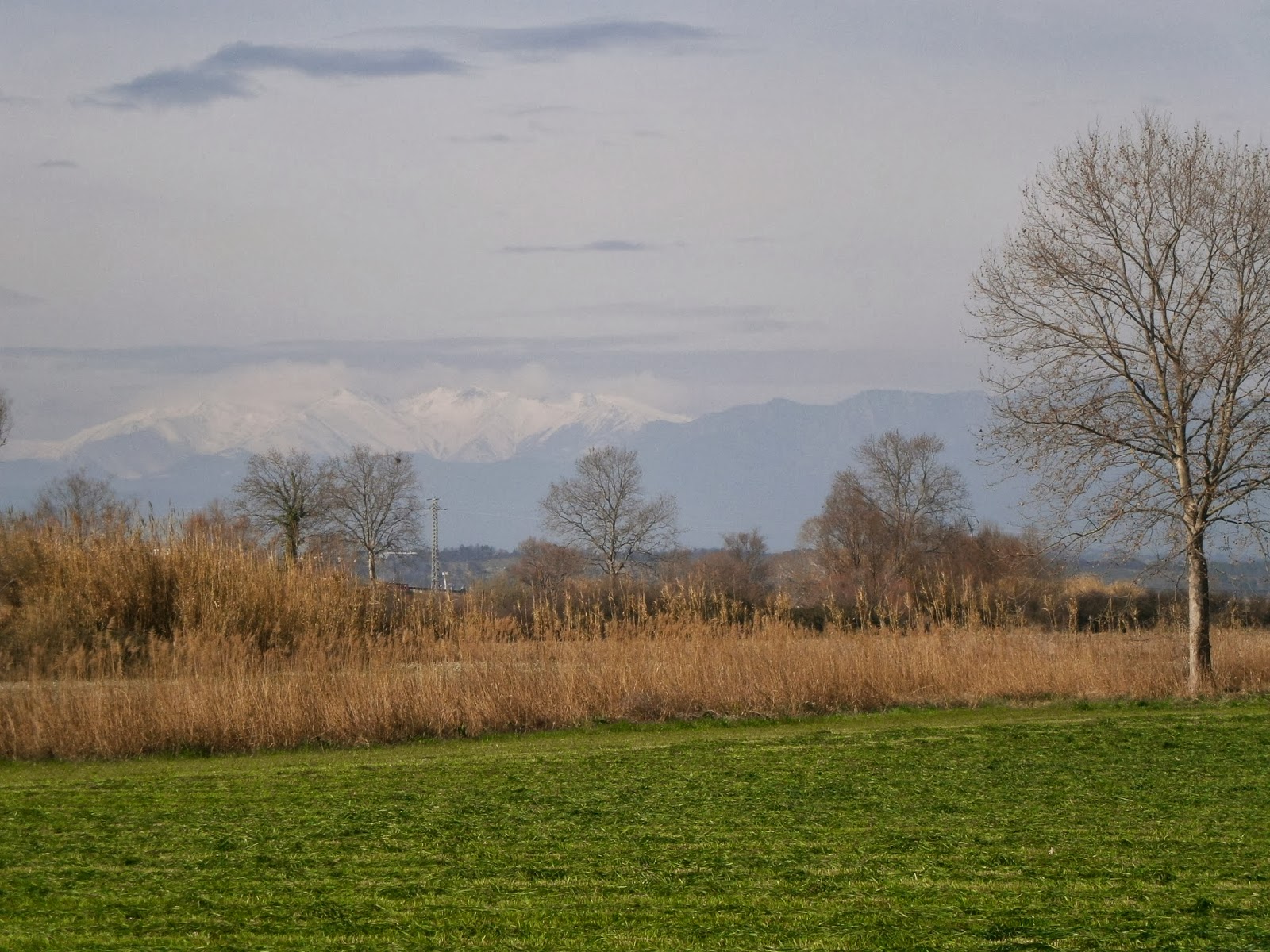 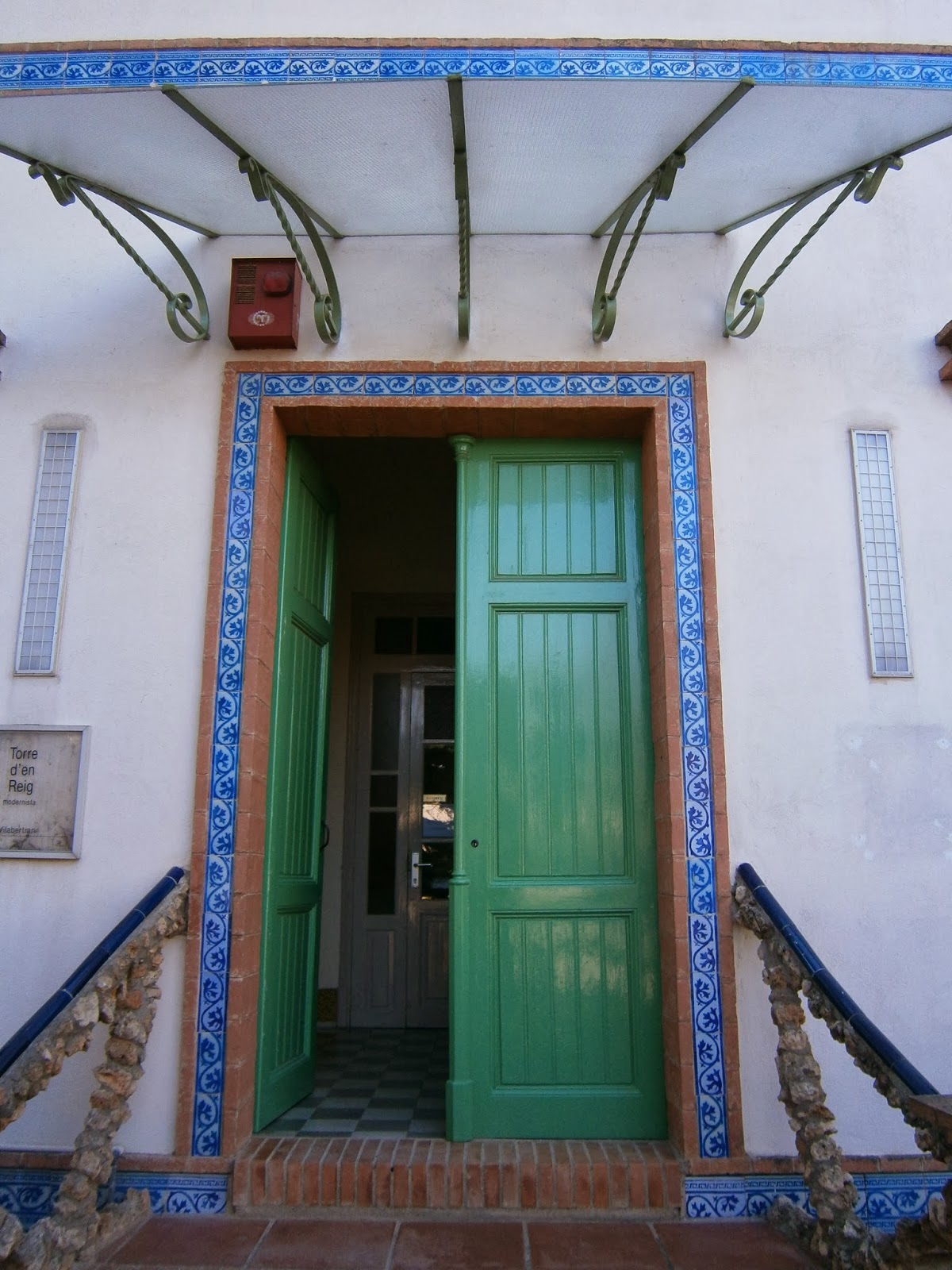 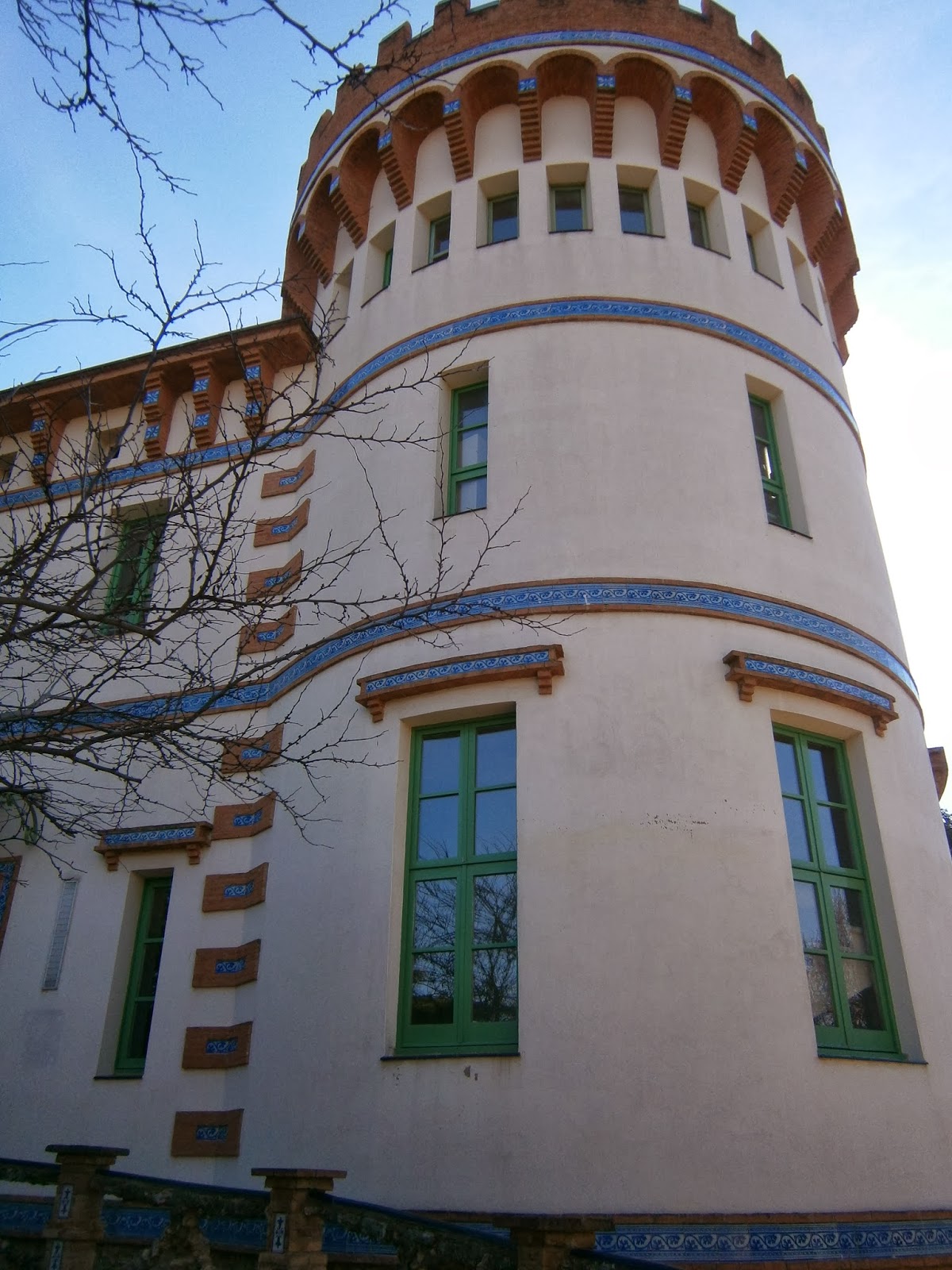