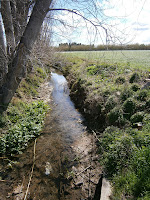 “No man ever steps in the same river twice.”  Heraclitus said this sometime around 500 B.C.  Although he said it 2500 years ago, I’m only aware of having read it recently.  He believed that change is central to the universe.  This disturbs me, but it seems to me that he was right.


Benjamin Franklin said, in a 1789 letter to Jean-Baptiste Leroy, that “nothing is certain but death and taxes.”  Could it be that he didn’t know about Heraclitus and that change was inevitable?  And yet he was right about death.  That is, for as long as there is life, there must be death.  But I suppose that life will not continue forever.  That will also change and this is also disturbing.


We all know on some level that things are always changing, but some of us are more comfortable with that fact than others.  I, for one, am a little frightened of change.  And as for death, I know I am changing daily, getting older every minute.  Eventually some part of me will fail and I will die.  This isn’t morbid; it’s simply the truth.


Is change a good thing?  Not that it matters; it is inevitable.  Still, we can judge it if we want.  Looking around me, I would say that sometimes change is good, and sometimes it isn’t so good.


I see the change in seasons and I always find that good.  By the time you are sick and tired of one, another creeps in.
But sometimes change doesn’t creep, it crashes, shattering reality as we know it.  As it apparently has for my neighbor’s magnificent cat who recently underwent a deeply radical change. 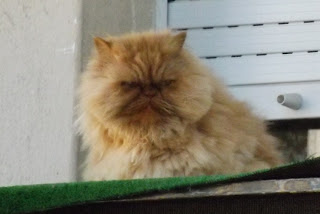 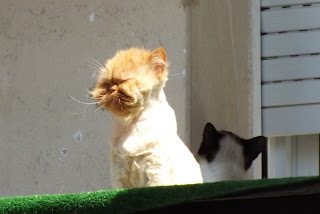