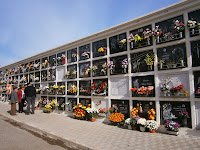 Today, Tot Sants (All Saints), the Catalans visit cemeteries to clean up and decorate the crypts of their deceased loved ones.  Although they say that younger people are not continuing the tradition in large numbers, the local cemetery here was full of people of all ages and flowers of all sorts.  There were small bouquets, potted plants, and flower arrangements of all sizes.  There were real flowers, plastic flowers, and artificial flowers that from a distance (perhaps not as far as heaven) looked real.  There were simple displays, elegant displays, and tacky displays.  Altogether they dressed up the cemetery and made it a colorful, almost cheerful place.


Although my parents are not interred here, going to the cemetery provides me with the atmosphere to think about and remember them.  This isn’t the first time I’ve visited a cemetery on Tot Sants.


But this is the first time that someone was killed at the cemetery I was visiting on Tot Sants.  I didn’t hear the gunshots.  I think the shooting occurred just before I arrived.  And I didn’t know anything about it until after I had left.


I left the cemetery as I had entered, through the main, front gate.  But rather than walk home the way I had come, I headed down along the cemetery side wall in order to do a loop.  After walking a few blocks, just past the side entrance and before the road where I would have turned, there was a police barricade.  I thought it was strange that not only would they not allow cars through, but pedestrians couldn’t pass either.  So I was compelled to make a small detour and then pass the barricade a few yards further on.


It wasn’t until the evening news that I found out what had happened.  There had been a fight between two gypsy families and one man had been shot and killed.  This is a society where there is relatively little fatal violence (outside of domestic violence) and hardly any guns (outside of hunting rifles).  These sorts of fights, when they occur, are usually fought with knives.  This was very strange news indeed.


I’m not sure I’ll be visiting the cemetery next year for Tot Sants.  I wouldn’t want to be there when those two feuding families show up to clean and decorate their family crypts. 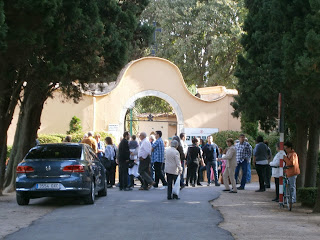 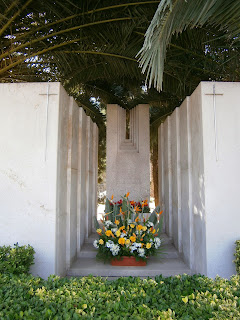 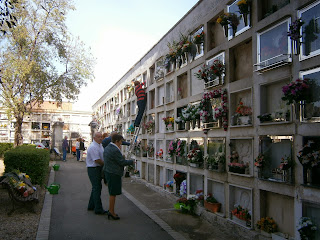 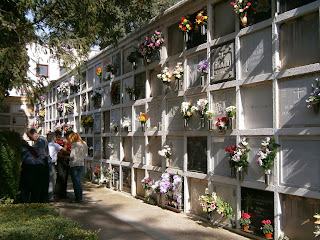 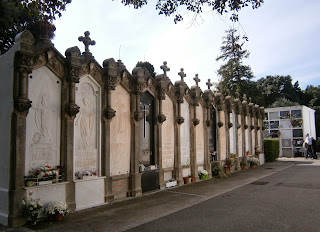 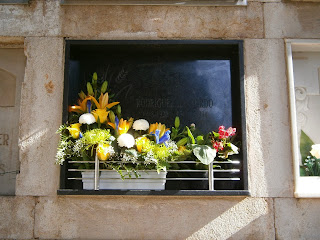 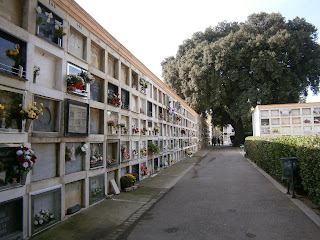 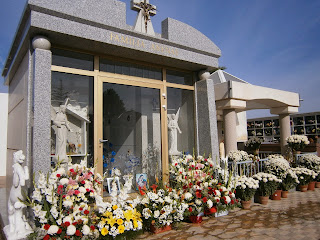 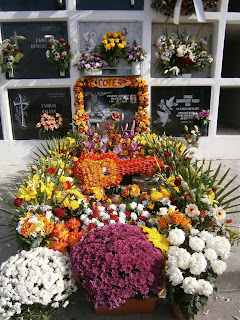 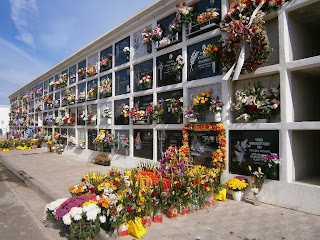 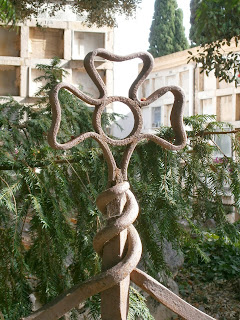 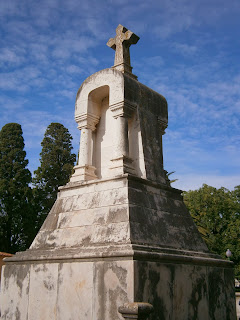