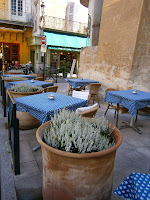 When I checked into my room at the Hotel Colbert in Avignon earlier this month and opened my suitcase to unpack, I found a few things had gotten wet from the rain that morning.  One was my nightgown which I simply hung in the shower to dry.  Another was more of a problem – it was my copy of The Garden of the Gods by Gerald Durrell, an out-of-print book, one of two books that I had brought along for my week’s reading material (Inspector Maigret escaped dry).  The worst was my soggy bookmark.


It may sound unimportant to you, but I’ve been using the same book mark for many years.  In fact, it didn’t start life as a bookmark but as a postcard and came to me either by chance or by divine intervention in a used copy of an Inspector Maigret paperback that I bought years ago in Berkeley at Black Oak Books.  I’ve been using it for at least 13 years.  The image is a vintage black and white photo, somewhat blurred, of a person with an umbrella, walking in the rain, passing by a Citroen 2CV.  It’s by Sabine Weiss and is titled 2 CV A Paris, 1957.  I don’t care that it’s become ragged at its edges and that I’ve had to make minor repairs with scotch tape.  It’s what I’ve been marking pages with for as long as I can remember, and it’s important to me, and it was wet.


The hotel provided a hairdryer in the bathroom, so I gave my beloved 2CV postcard some gentle heat treatment and leaned it up against the wall to dry thoroughly.  But just in case, I set off for a little shop I know that sells an interesting array of prints and cards.  Maybe I could find its duplicate?


My shop had no Citroens modern or vintage.  But they did have some interesting cards including one smashing black and white image of Audrey Hepburn from Breakfast at Tiffany’s.


When I went to pay for the cards I had chosen, I pointed out the Hepburn card and said to the woman that I thought Audrey was very beautiful and was one of my favorites.   The woman agreed, and asked me something that I didn’t understand, so I said “Oui.”  She then looked around under the cash register, and whipped out a day-at-a-glance desk calendar with 352 images, all of Audrey.   I politely pored through them then went to put the calendar back in the box.  It was then that I noticed it was a calendar from 2008.


Surprised that she had held onto it for so long while hoping that she didn’t expect me to buy a seven-year-old calendar, I thanked her and handed back the box, preparing to pay for the cards I had selected.  But she pushed the box back at me and said she meant for me to have the calendar.  It was a gift. 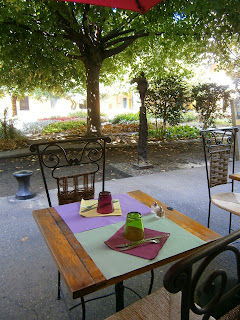 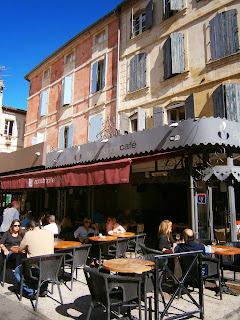 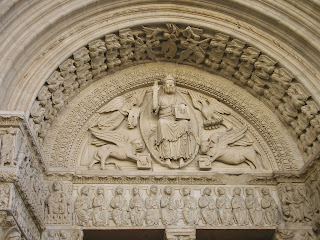 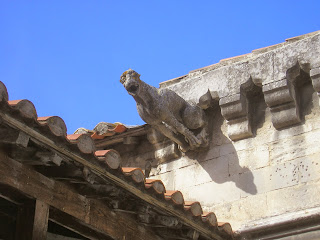 Email ThisBlogThis!Share to TwitterShare to FacebookShare to Pinterest
Labels: Arles