On the Road: Besalú 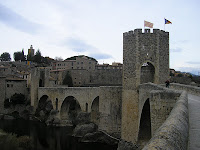 I’m on the road again.


I didn’t used to have this problem of not wanting to drive; I used to drive everywhere and loved exploring by car.  I could drive all day.  I drove to Los Angeles and back from the Bay Area many times, often alone, and drove cross-country several times too, although those trips were never alone.  But I was younger then, and I was in the USA then – the USA where although it is much easier to get a driver’s license, it is also much safer on the roads.


Here in Spain, the roads are chaos.  To go on the road is to take your life in your hands, or worse, put it in the hands of idiots you don’t know.  These drivers passed very difficult driving tests but they didn’t learn enough to respect speed or safety laws.


There is rarely any consequence to breaking road rules, as long as you don’t end up in a wreck.  There are no highway patrols, only ad hoc stationary check points where they stop you to see if you’re drunk, and stationary radars that are announced in advance so that only a moron wouldn’t know to slow until they pass them.  Here, I’m much more reticent about driving, especially driving alone to someplace new. 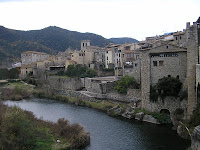 In any case, last week I got into my car and drove to Besalú, which turned out to be a very easy drive.  Besalú is less than half an hour away!  If I had realized how close it was and how easy the drive was, I would have gone much sooner, because Besalú is a pretty little village and definitely worth seeing.


Besalú has 2000 inhabitants, some nice shops, its medieval center is full of old stone buildings, narrow streets, an arcaded village square, a church built in the 10th century, a restored Jewish mikveh and the ghost of a medieval synagogue.  But it is most famous for its splendid 12th century Romanesque bridge that, unusually, halfway across its span takes a turn.  Most of the bridge supports rest on huge in situ boulders that the architect/mason took advantage of when he designed the bridge.  It is a beautiful piece of architecture.


The mikveh was closed so I didn’t get to see it.  But that gives me a good excuse to go back again soon. 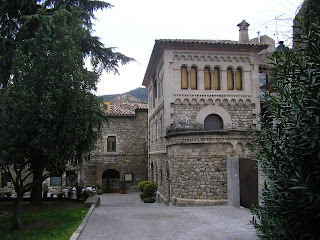 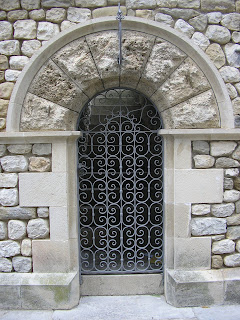 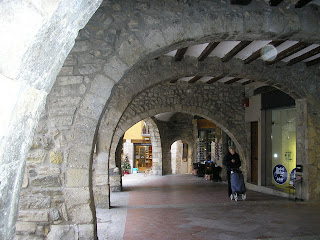 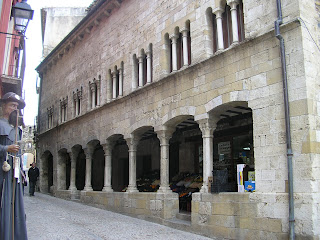 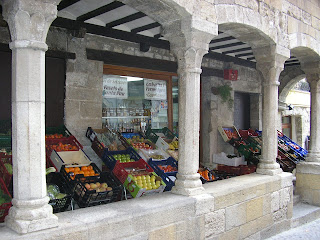 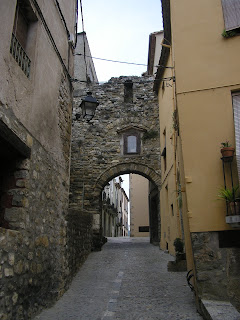 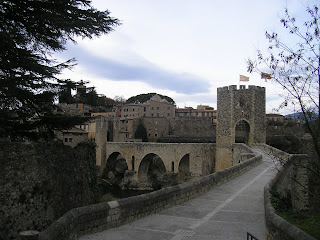 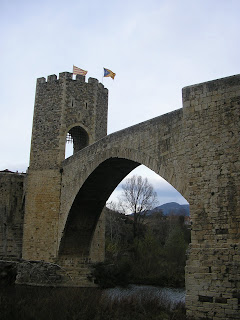 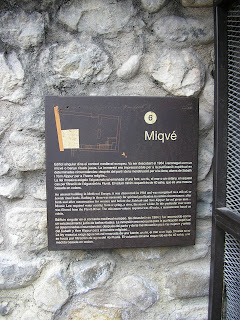 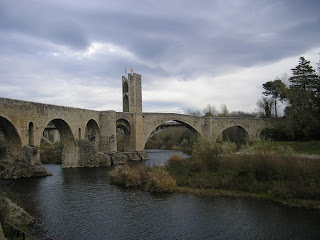 Email ThisBlogThis!Share to TwitterShare to FacebookShare to Pinterest
Labels: Besalú