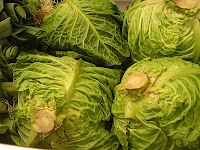 Wednesday’s news had a local story of a great and notable robbery in Riudecols. Riudecols is not a particularly auspicious location; in Catalan, the name means river of cabbages, and it is a small town that most Catalans have probably never heard of. I know of it because it is not far from here, and I’ve driven past (never into) it. As a nou vingut (newcomer) still learning the language and always paying attention, the name has always intrigued me. Who would name their town that?


Riudecols has a population of 1,026, but small as it is, it has a long history, being founded back before 1162 when its earliest written record occurs. This is one of the things that I love about living here. Our American historic buildings pale in comparison to what exists here – what you see all around you -- and the history people here can look back to as their own. When we lived in Tarragona, the view from our dining room was of the sea and the Roman wall. When I was reading Memoirs of Hadrian by Marguerite Yourcenar

and got to the part where Hadrian was visiting Tarragona, I only had to look out the window to see where he would have stood. But I digress.

Recently, two Romanian brothers who live in a nearby town were hired to do some cleanup work by the owner of a somewhat shabby house in the middle of town. Rather than clean up, they cleaned it out, stealing from it what was reported to be 300 million euros worth of antiques and jewels. The owner, it seems, was a collector.

But I was suspicious of what was reported on the news. Three hundred million euros worth is a huge amount of very nice antiques and jewels. What were they doing stashed in this unknown town among the cabbages? So the next day, having business at a certain antique store (the best) in Tarragona (I want to sell the Norblin portrait of Frederick Chopin that I inherited and brought with me from California, only to keep it stored because I don’t know what to do with it), I took the opportunity to ask Pere, the antique dealer, if he knew the man who had been robbed.

And of course, he did. He had also visited his house, nicer, he said, on the inside than you would guess from the nondescript façade, with a pretty interior courtyard, and, leading out from the attic, a lovely garden that backed into the mountain behind the house.

I asked about the huge estimated value of the things that had been stolen. Pere shook his head and said the man was very nice, a Spanish nobleman, and a Knight of Malta. He has entertained royalty. He exaggerates. Pere told me that the Malta knight had once shown him a figurine whose value he said was incalculable. But Pere had a similar figurine in his shop window and its price was 100 euros. We agreed that perhaps the Knight wasn’t good at numbers.

Or perhaps, our knight was thinking in pesetes, the now defunct currency that was supplanted by the euro in 2001. Either because no one has yet changed their computer and cash register systems, or because they are afraid that the public still can’t cope, bank statements and cash register receipts still show amounts in pesetes as well as in euros. If you walk into a real estate office, they will most likely talk about prices in pesetes even though everyone has been earning and spending euros for nine years now.

In any case, the knight had a good-sized collection and it was stolen. Soon after the robbery, the two thieves, for some unknown reason, filed a complaint with the police, saying that they had been attacked at home. Although it seems that they were merely crying “wolf,” this brought on the entry into their home of the said police, and the subsequent discovery of the booty (botí in Catalan). So in addition to wondering what folks were thinking when they named their village back in the 12th century, I also wonder what the two thieves were thinking this week when they called the police.
Posted by Dvora at 3:36 PM

Email ThisBlogThis!Share to TwitterShare to FacebookShare to Pinterest
Labels: Riudecols