On my walks, it’s the clouds I like most.  They’re part of the view and active participants in the scene.  Within a few minutes, clouds sometimes radically change the light and the mood.  There are the puffy clouds like the ice cream castles Joni Mitchell sang about; streaky ones that look like someone took a grey paintbrush to the sky; or they might be very dark.  Those very dark clouds aren’t gloomy.  Gloomy is the nondescript grey across the sky that doesn’t make for interesting photos.   Dark clouds may be blocking the sun, but they’re dramatic.  It’s even more dramatic when you see them coming and think to yourself, uh oh, I should have brought something waterproof. 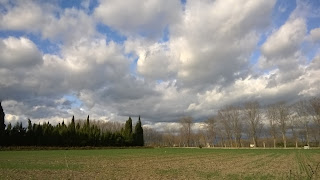 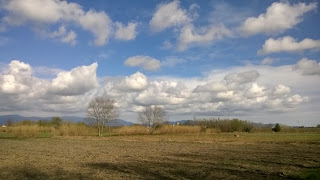 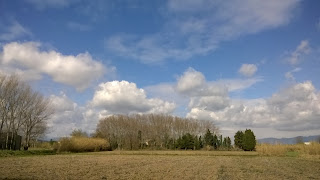 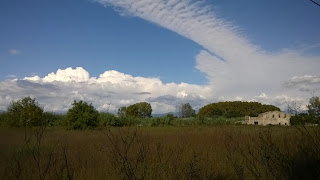 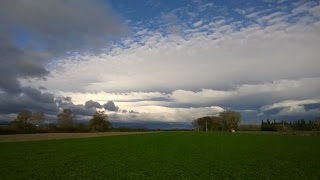 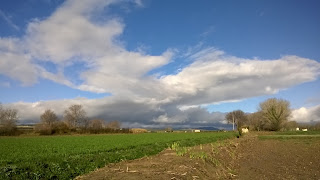 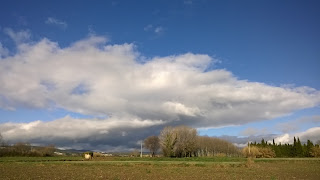 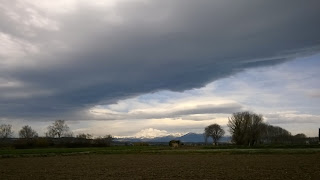 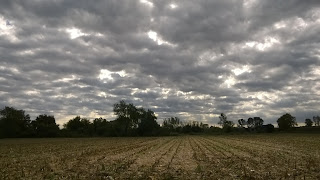 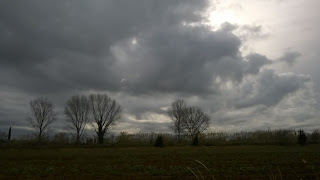 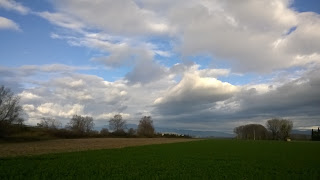 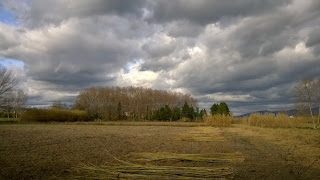 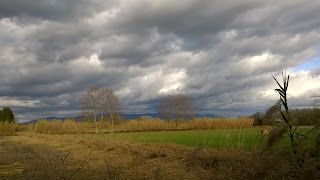 It’s the sky that sets the tone – drama, mystery, light­-heartedness, or threat.  Clouds don’t keep me from setting out on a walk as long as it isn’t actually raining when I leave the house.  Then again, I have been known to get soaking wet before making it back home.

You're Probably Going to Get Wet 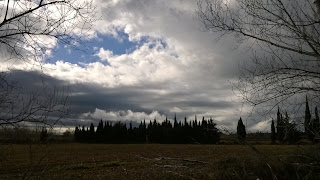 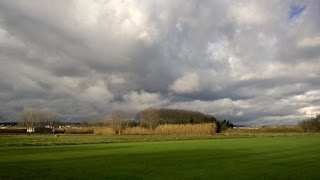 Rows and flows of angel hair
And ice cream castles in the air
And feather canyons everywhere,
I've looked at clouds that way.

But now they only block the sun,
They rain and snow on everyone
So many things I would have done,
But clouds got in my way.

I've looked at clouds from both sides now
From up and down and still somehow
It's cloud illusions I recall
I really don't know clouds at all.

Both Sides Now, Joni Mitchell
Posted by Dvora at 10:51 PM