Sometimes change is for the best.  Sometimes it isn’t.  And yet it is inevitable and is happening constantly, whether we like it or not.  Here are two examples where I like it.


First, my living room that I recently had painted.  Here you can see the old color and the new.  Going from wishy-washy to strong, I would say that the new is an improvement.  Well, of course I would. 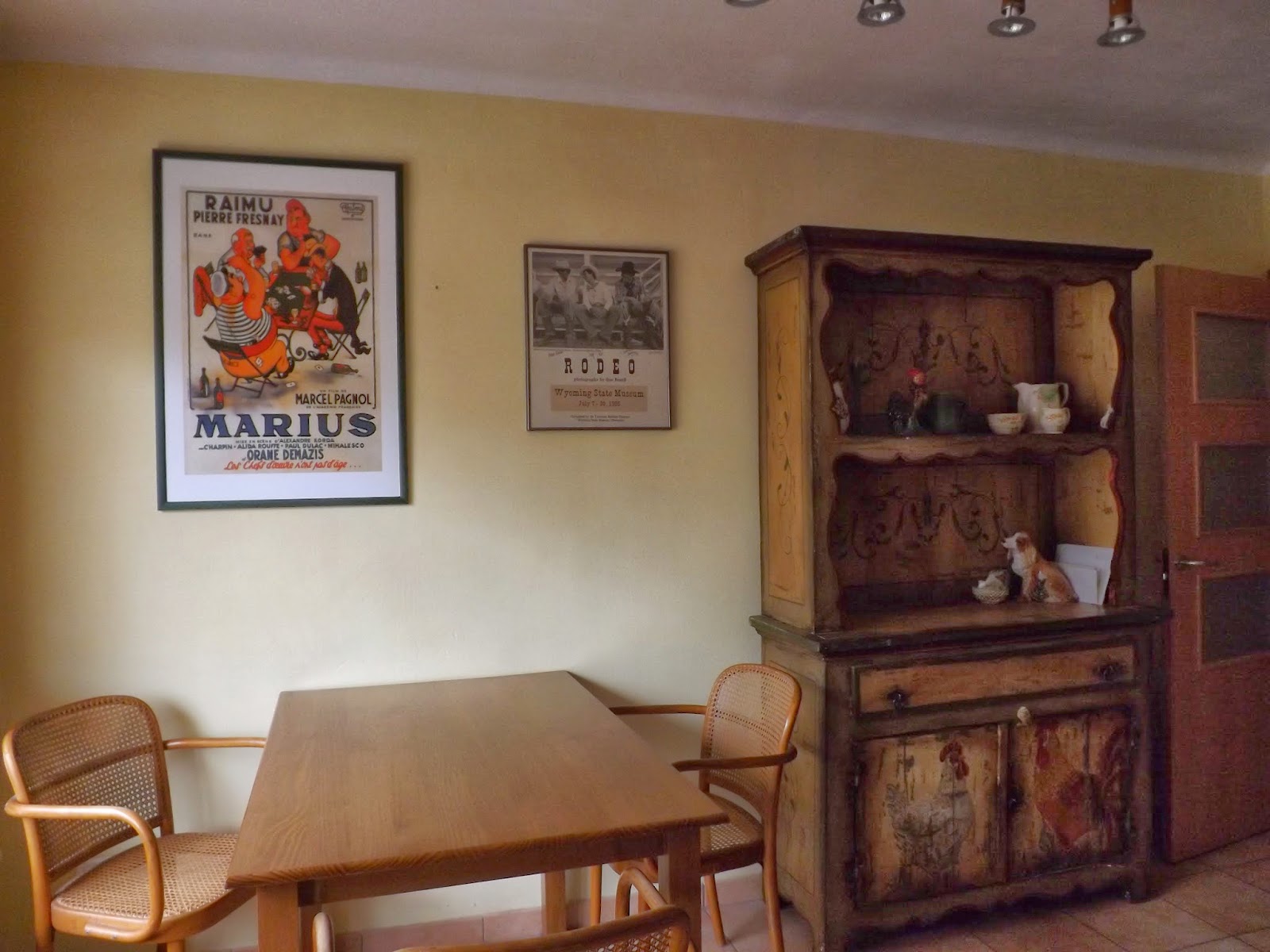 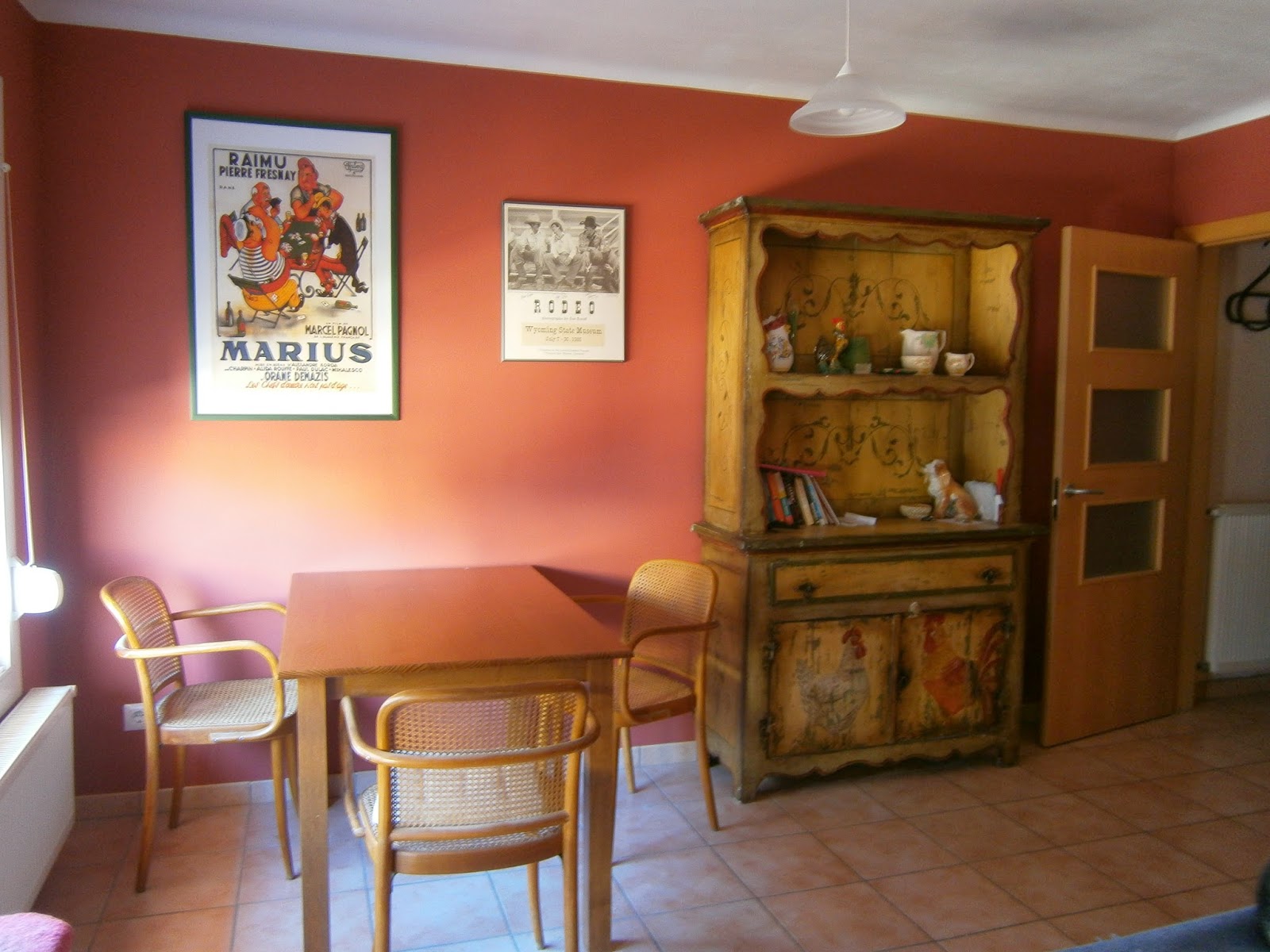 The second example concerns the cats more than it does me.  This change was not in their control.  Their old scratching post was great when I bought it, but after almost two years of scratching, the two cats had pretty much destroyed all four of the sisal-covered posts.  Not only had it provided many months of scratching joy, it also provided a nice perch to take in the view of the neighborhood, such as it is.   Both cats scratched their hearts out, but it was mainly Minnie who perched. 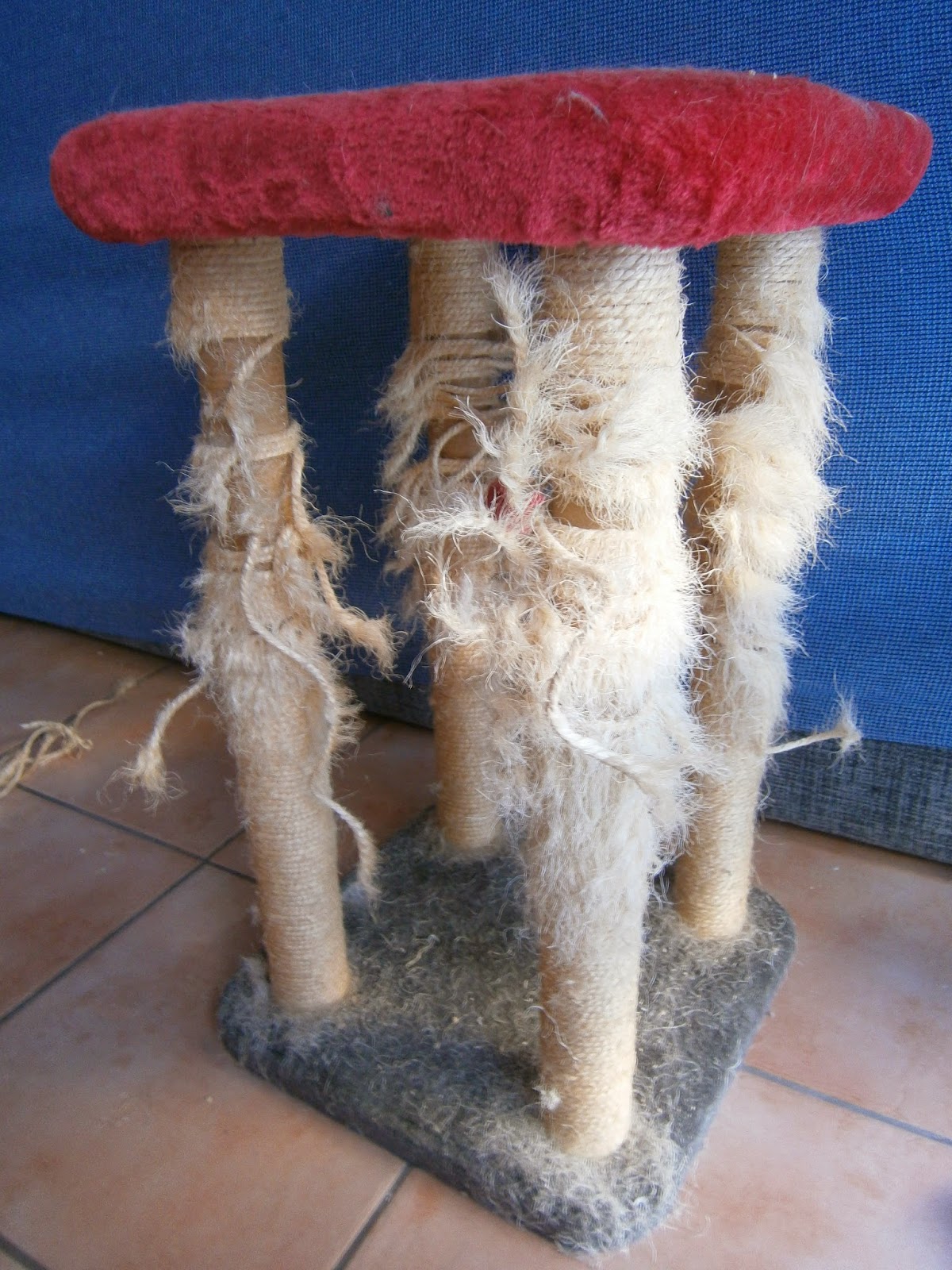 As successful as it was, it didn’t occur to me that I would have trouble replacing it.  But as it turned out, the manufacturer was no longer manufacturing it.  They had opted for other less effective and more expensive models.  In fact, everything in the shops I visited and the catalogues I looked at (here shopping is done mostly with catalogues), had either single posts (that tend to move or fall over when scratched with gusto), and perches that wouldn’t fit a standard grown cat.  Who designs these things?  I couldn’t find anything as good for any price.


So I resorted to Amazon UK and voila, found one a little different, but just about as good.  I’m happy that the living room now looks much better without the old eyesore.  Both cats started in scratching right away, but Felix won’t have anything to do with the perch which, in this configuration, is a hammock.  However, after a little coaxing, Minnie has taken to it heart and soul and will hardly sleep anywhere else.  Sometimes change is good, even if wasn't you who decided it. 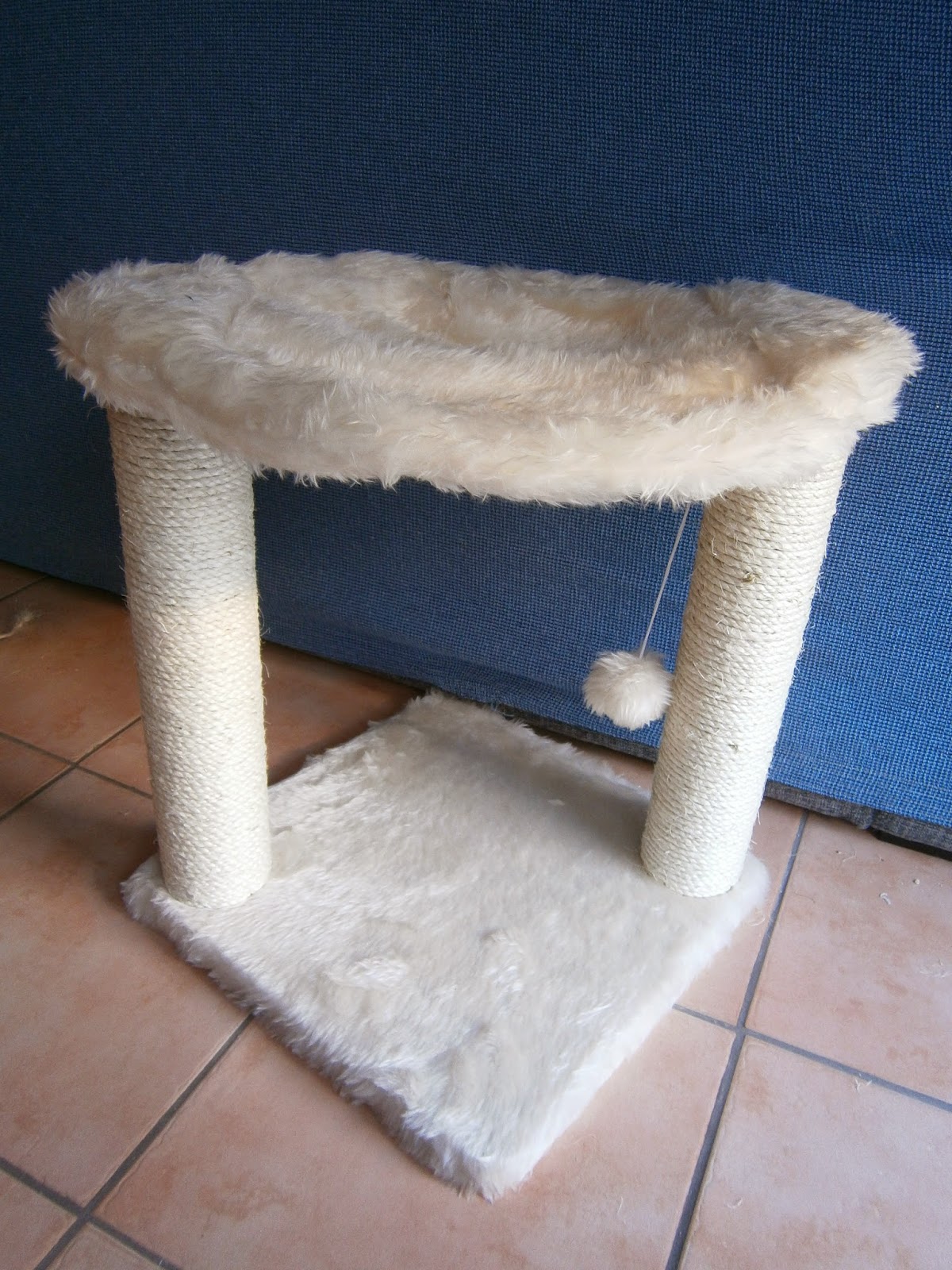 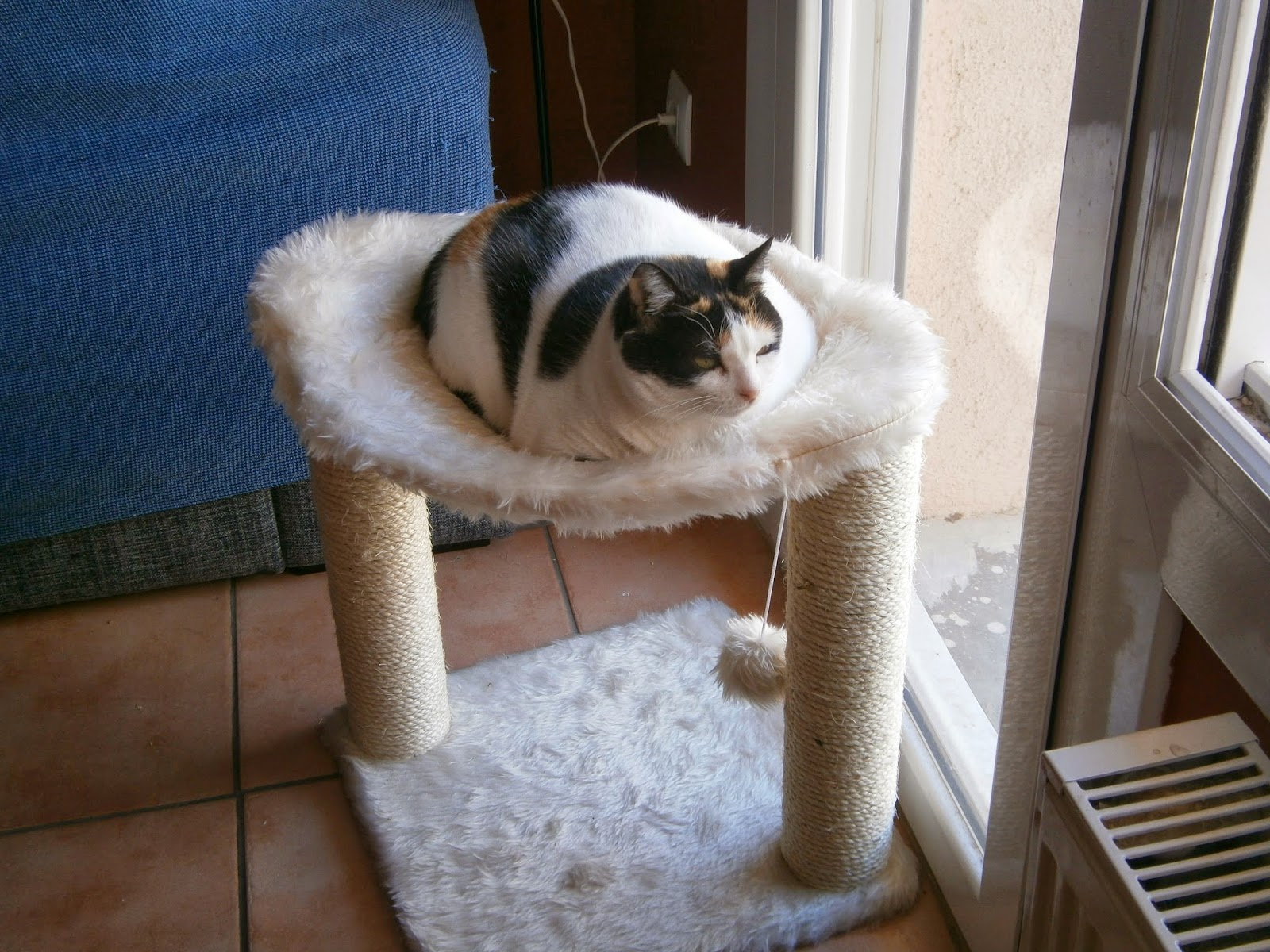 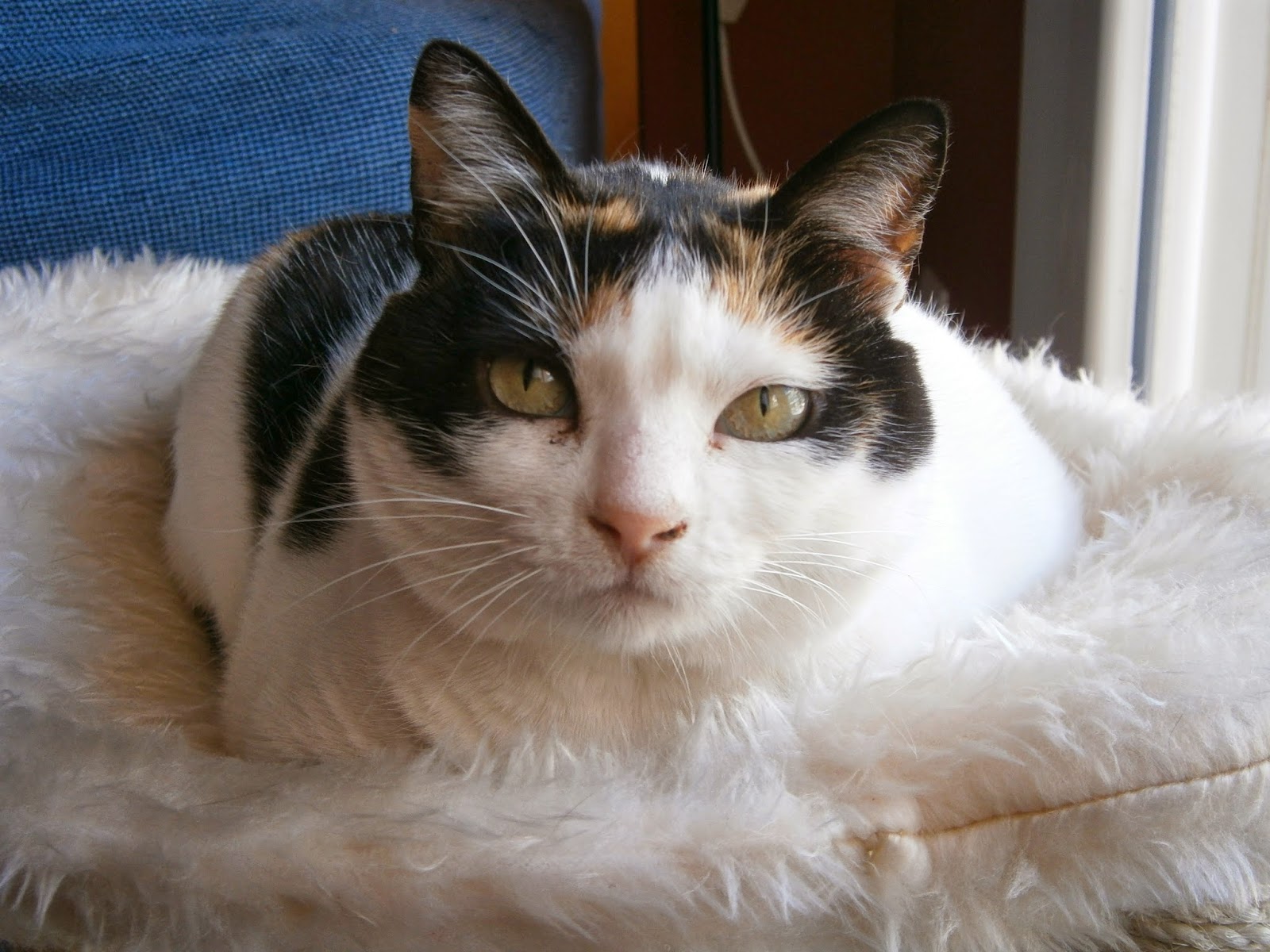