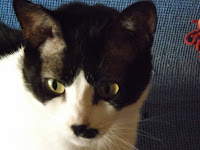 Oh my God, it's 90 degrees and I have the heat on!  This is what I thought when I went to lift the blinds a little higher, now that the morning sun had passed.  A great wave of heat was coming up from the radiator under the window.  But upon closer inspection I found that the radiator was cold (so to speak) and that the heat was not rising from there, but was sitting just outside the window,wanting to come in.  This explains why Spanish homes are so dark.  They keep their blinds down and windows closed during the day to keep the heat out.  I can’t do that.  I don’t like a dark house and it's too humid to keep the windows closed.  At least when they're open there is a chance, albeit a very small chance, of some breeze coming in.  So I compromise.  I keep the shades lower than usual until the sun passes but the windows remain open.


Felix endured another blood test this week to see how his kidneys were performing.  Turns out they are performing the same as when we did the last blood test a few weeks ago.  Thus he is no better but no worse either.  Vet says he has glomerular disease.


The vet says that when the kidneys start to deteriorate, there is no going back.  All that we can do is try to keep it from getting worse.  So we will continue with the special renal diet that gives the kidneys less to filter, and we have put him on medication that might also help in preventing more deterioration.  All this may serve to maintain the status quo, or it may not.  If it does, that could be for for only a short while, or for many years.  The vet assures me that Felix is not in pain (he doesn’t look like he’s in pain).  He doesn’t play like he used to and isn't as spirited, but as long as it seems that he isn’t suffering and his quality of life is decent, we will continue on with the treatment and hope for the best, whatever that might be.


The good news is that Felix's pancreas, which the vet thought was also malfunctioning, is OK.  The bad news is that it is hot and humid and so not only Felix, but Minnie and I also don’t want to make any moves that aren't absolutely necessary. 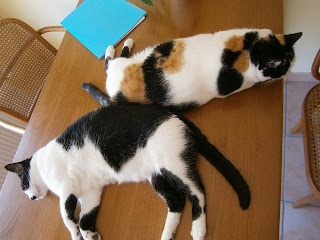 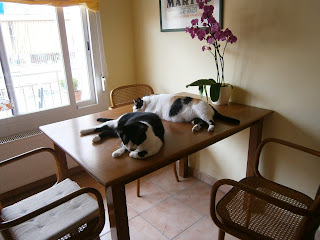 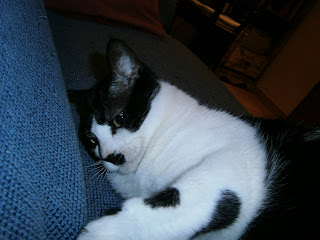 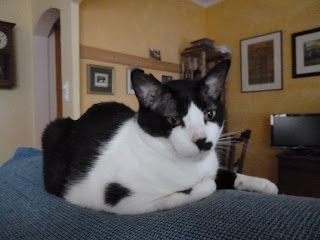 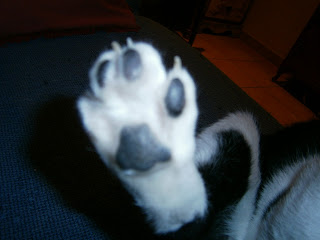