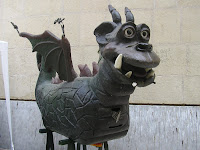 23 April is the feast day of Sant Jordi, known to English-speakers as Saint George.  Sant Jordi, the one who slew the dragon and saved the princess, is the patron saint of Catalunya.  When Saint George slew the dragon and saved the princess, a red rose grew from where the dragon’s blood spilled.  Thus, since 1456, the day has been celebrated (only in Catalunya; not in the rest of Spain) by men giving red roses to the women they love – wives, mothers, daughters, and friends.   It is the Catalan St. Valentine’s Day.


In 1923 a Barcelona bookseller began a campaign to also celebrate 23 April as the Day of the Book because the deaths of William Shakespeare and Miguel de Cervantes happen to coincide on 23 April 1616 and, I guess, he thought it would help his book business.  His efforts were successful and since then, books have been added to the holiday, and it has become the Day of the Book and the Rose.  It is one of the loveliest holidays here in Catalunya, where book and flower stalls draped in Catalan flags are set out on the main promenade of every city, town, and village. 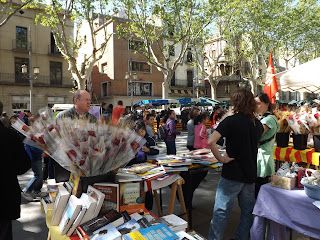 In 1995, 23 April was adopted by UNESCO as World Book Day upon petition from Catalunya.  It’s starting to catch on, but not many people around the world know about it yet.  For any book lover out there, if you didn’t see anything about World Book Day this week, this might be a good time to start making suggestions to your local bookseller to celebrate the holiday next year.


There are always more book stalls than there are bookshops in town.  That’s because stalls are also run by community groups, charities, political parties, and municipalities.  I stopped at the table run by the local group of sardana dancers to ask about upcoming events.  They were disdainful.  Their group only dances in competitions.  Evidently they are a closed group as they asked me no questions about my interest in dancing, my level of competence, or anything else.  That is one community group that I won’t be supporting.


(If you’re a regular blog reader and think you’ve got déjà vu, let me reassure you.  I’ve taken some of the above from my post on Sant Jordi of two years ago.) 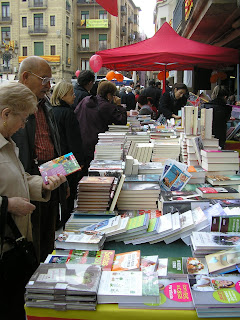 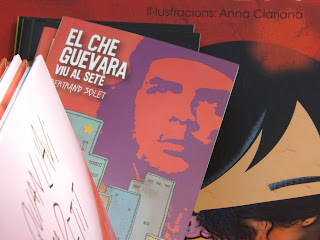 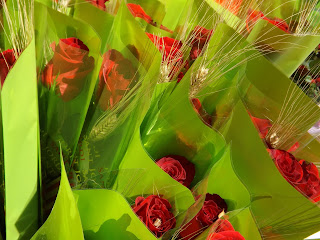 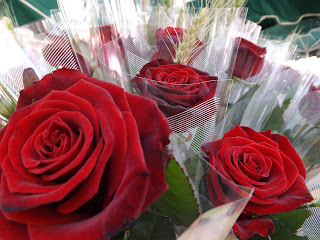