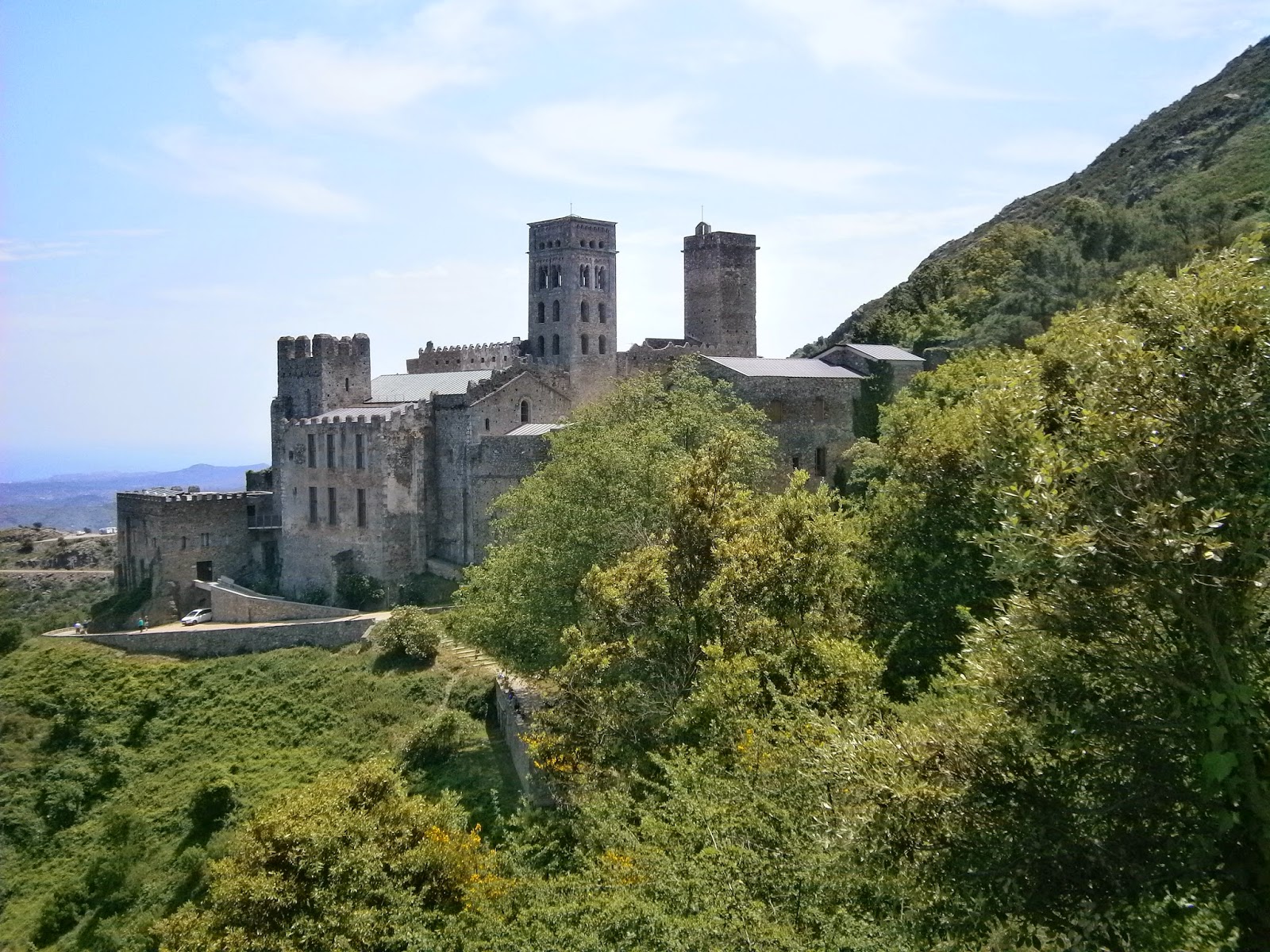 Braver now, my excursions go further afield.  The latest outing was to the Monastery of Sant Pere de Rodes on the Costa Brava.  This remarkable compound, built mostly in the 10th and 11th centuries, sits 520 meters above the sea on Mount Verdera where it has an impressive, uninterrupted view of the coastline.   How they managed to build it, I can’t imagine.  But having done so, the Benedictine monks abandoned it 1798 to move inland where there were fewer French troops and bandits to disturb the monastic peace.

Having been plundered many times over and falling into ruin, it was declared a monument  of national historic and artistic interest in 1930 and since then, sporadic work has been done on it until finally, between 1989 and 1999 an important restoration project was carried out.

Today you can visit most of the buildings, enjoy the views, and have lunch in a lovely restaurant within the compound.  I can’t attest to the food as I didn’t eat there, but I can say that the view from the restaurant is heavenly.  The monastery sits in the Parc Natural de Cap de Creus with hiking trails fanning out in every direction.  The day I visited, there were several groups seated here and there enjoying a picnic lunch in the surrounding grounds. 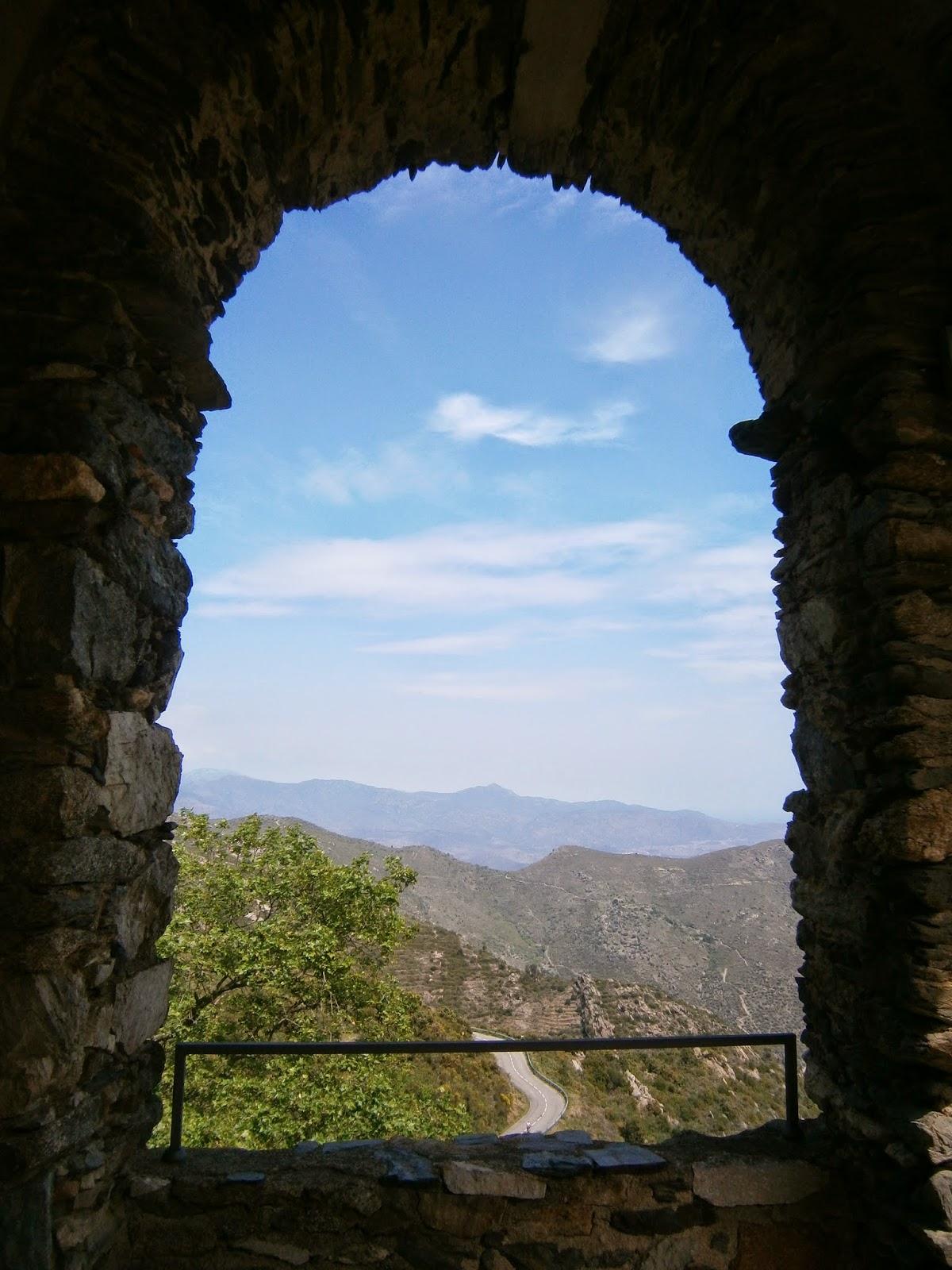 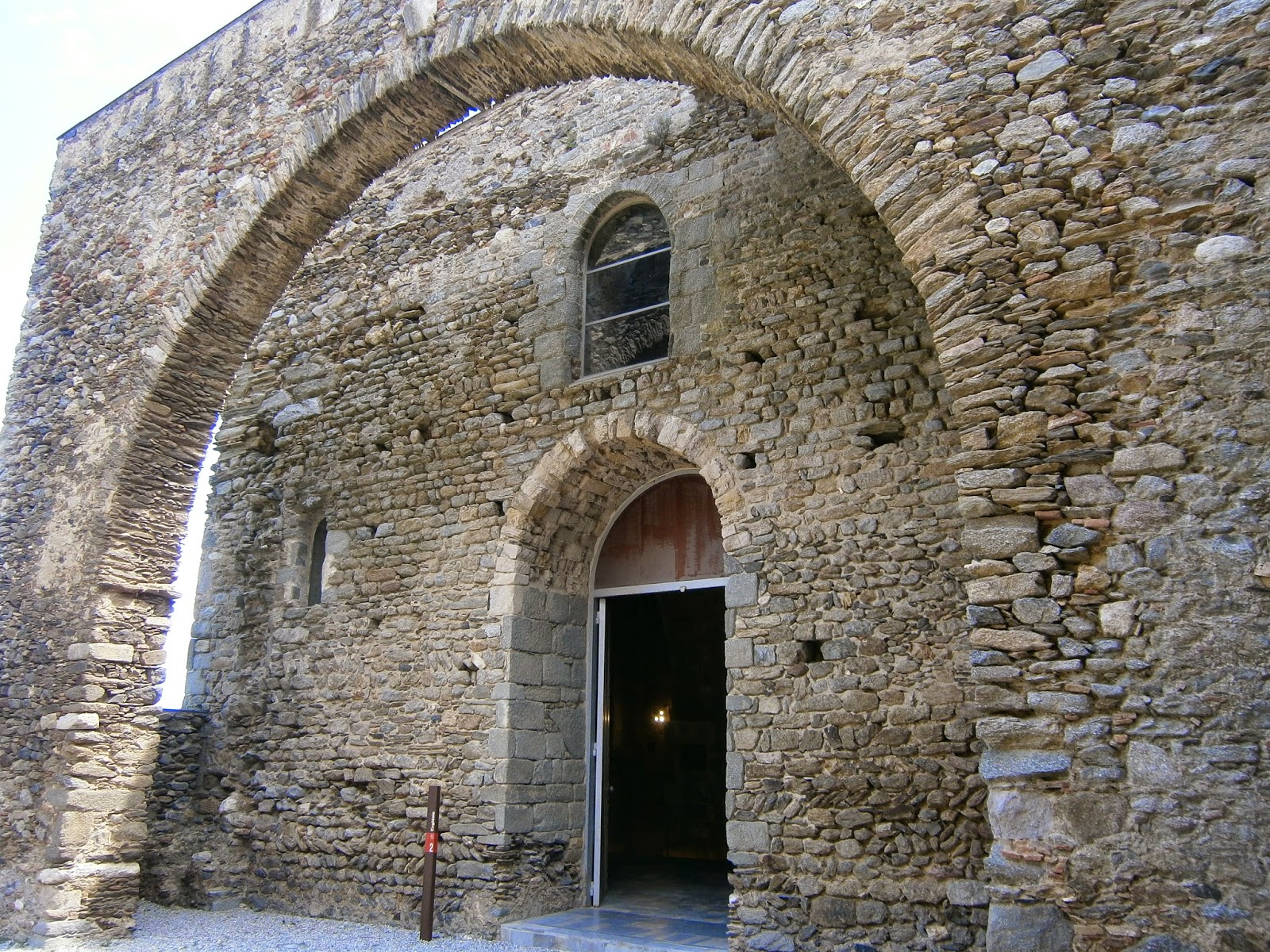 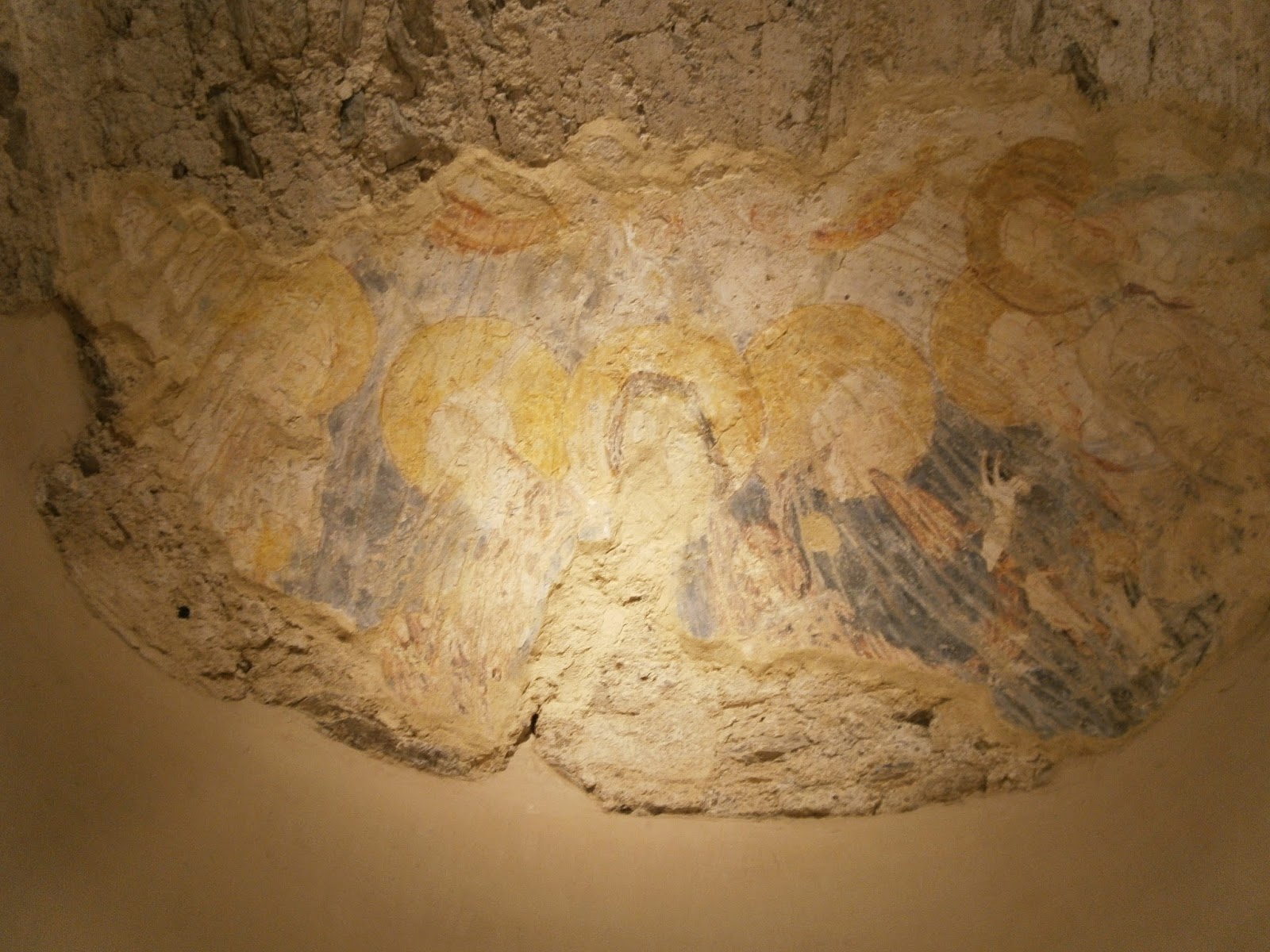 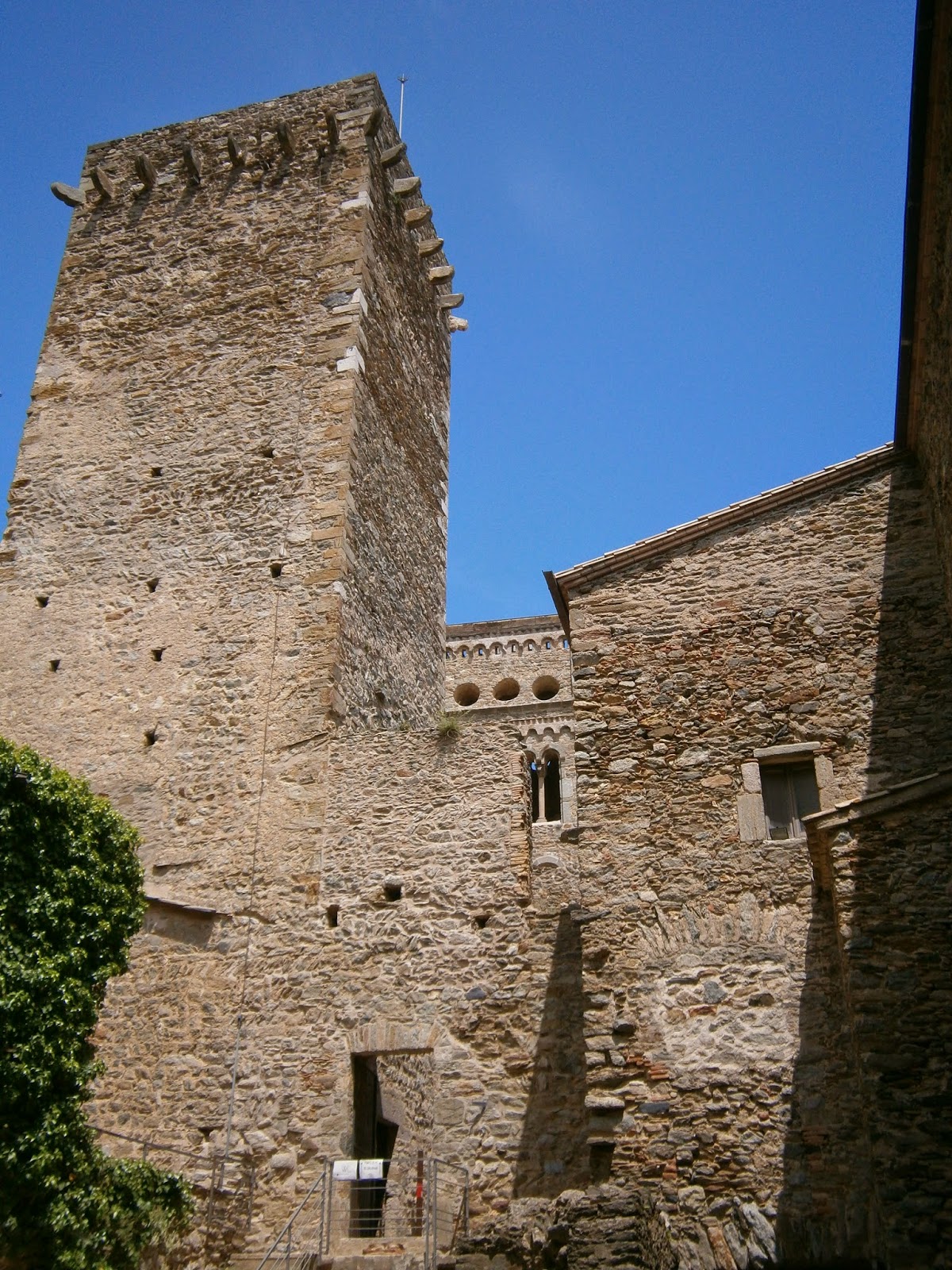 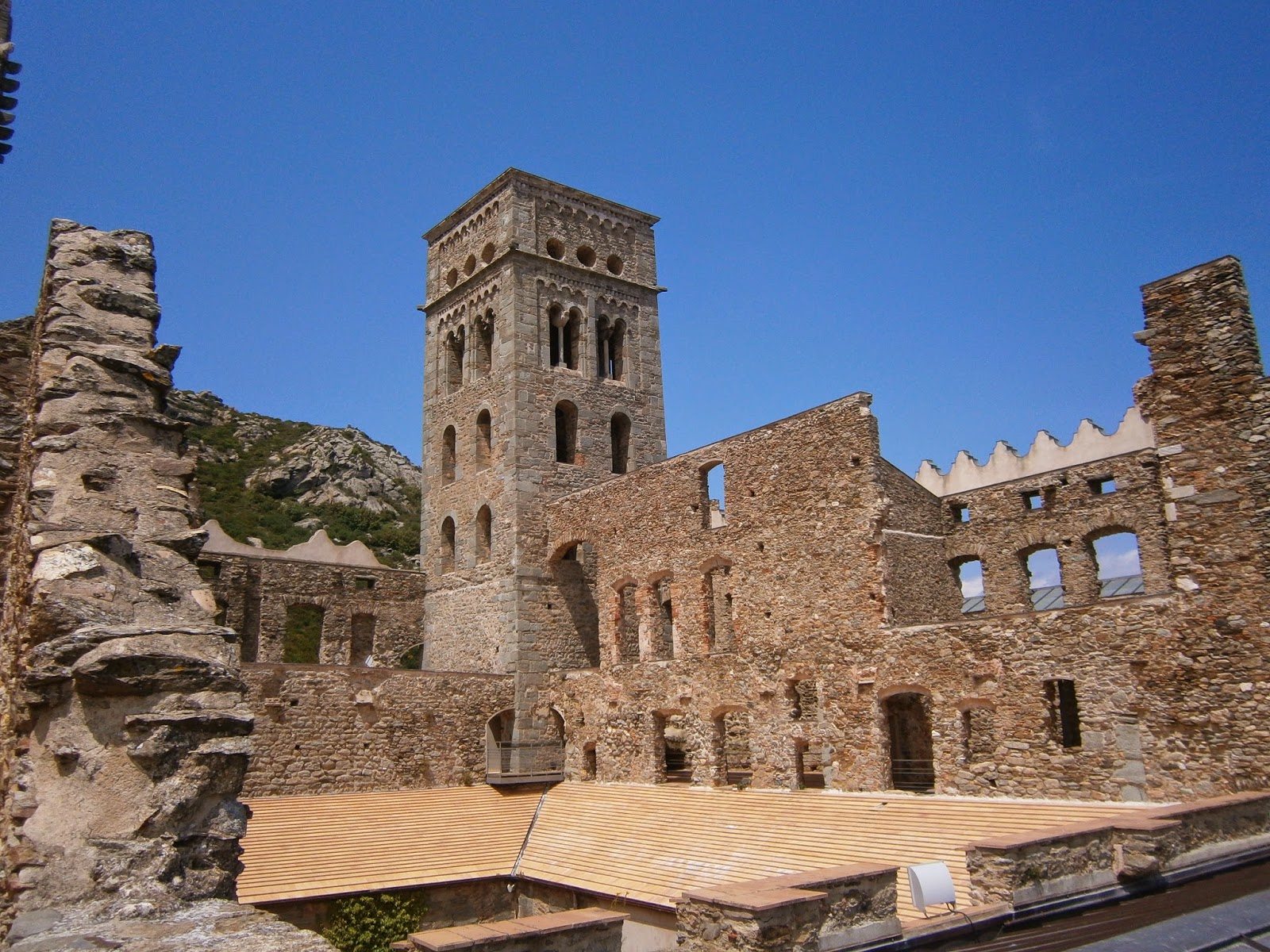 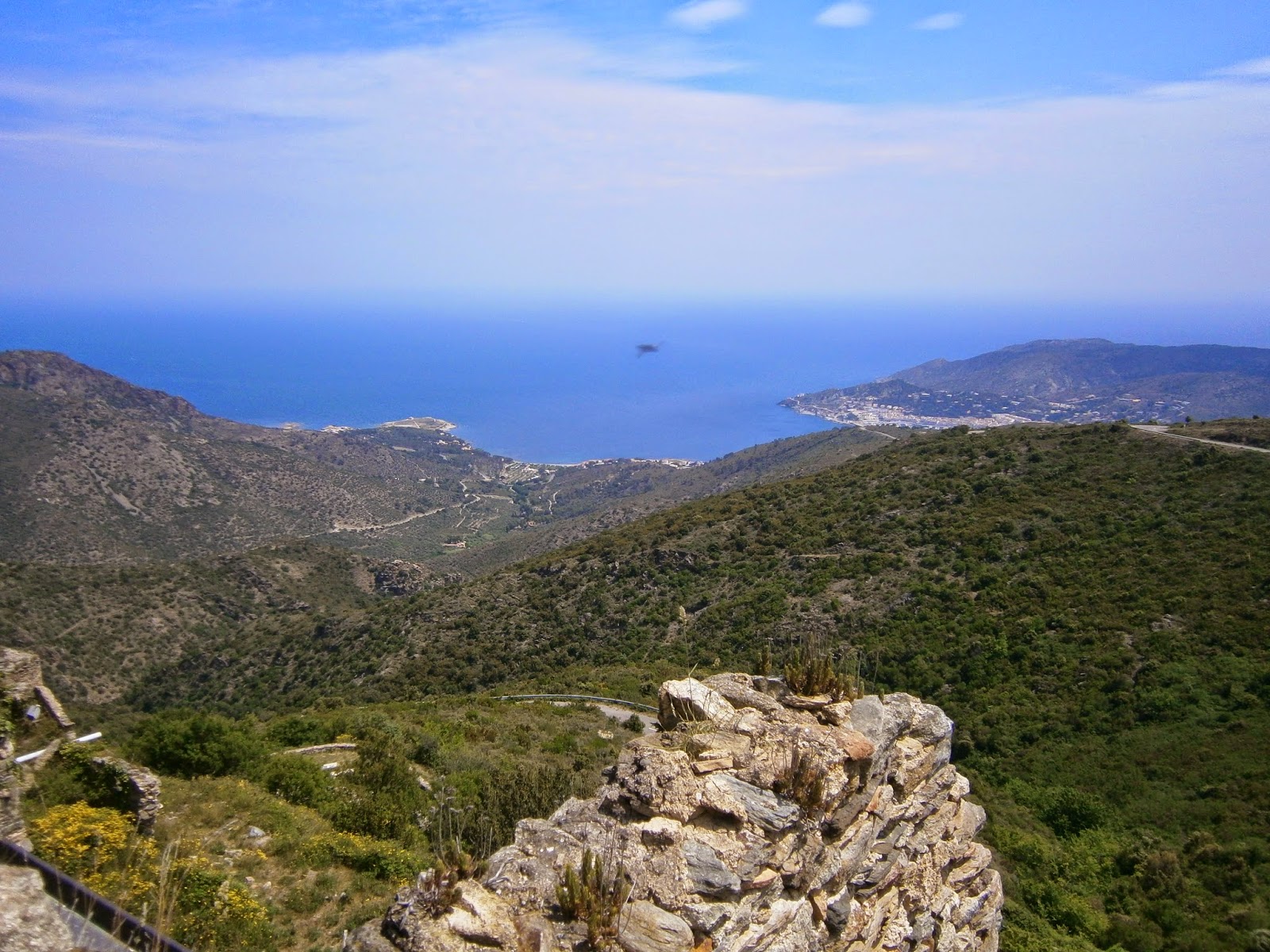 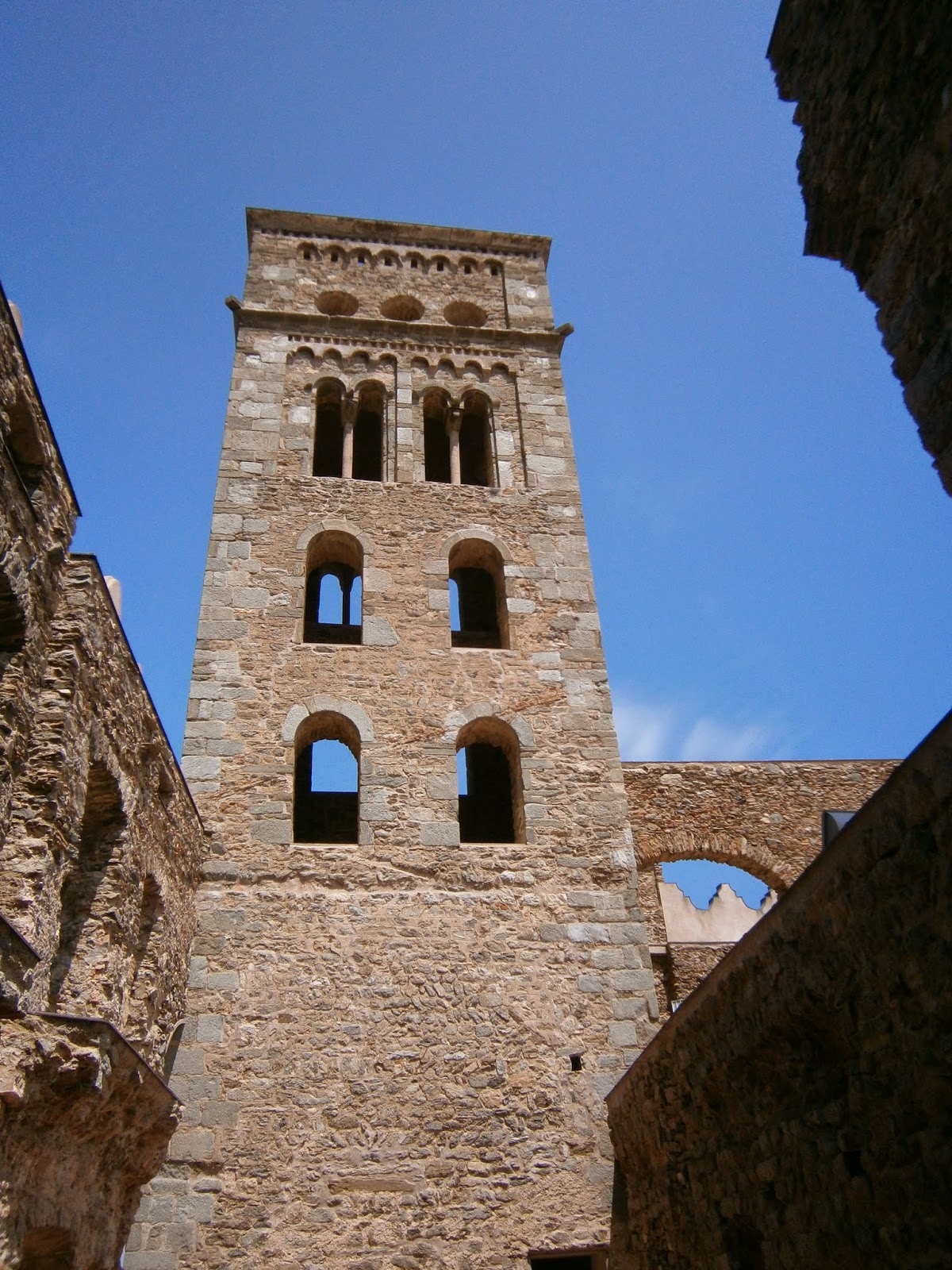 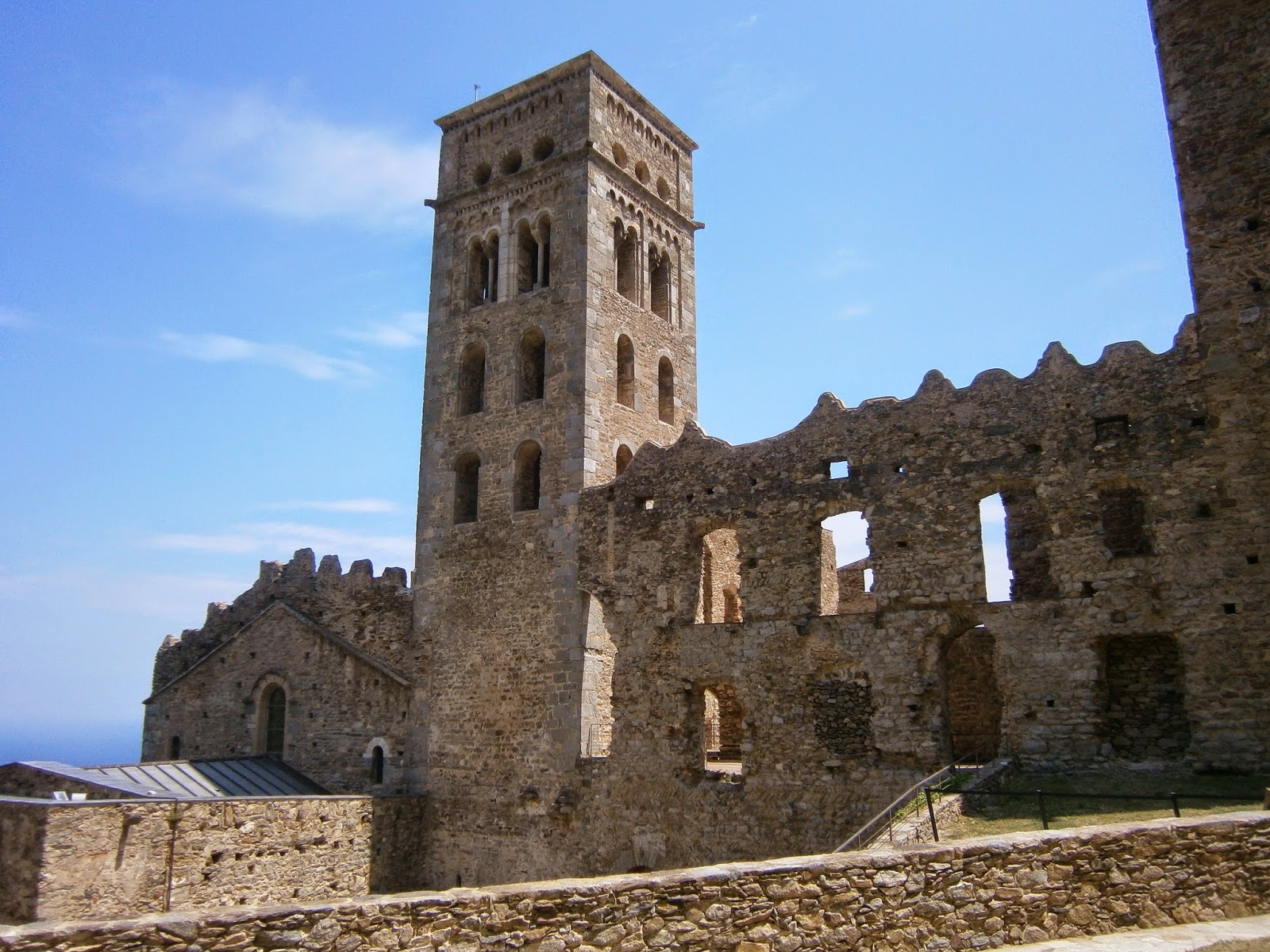 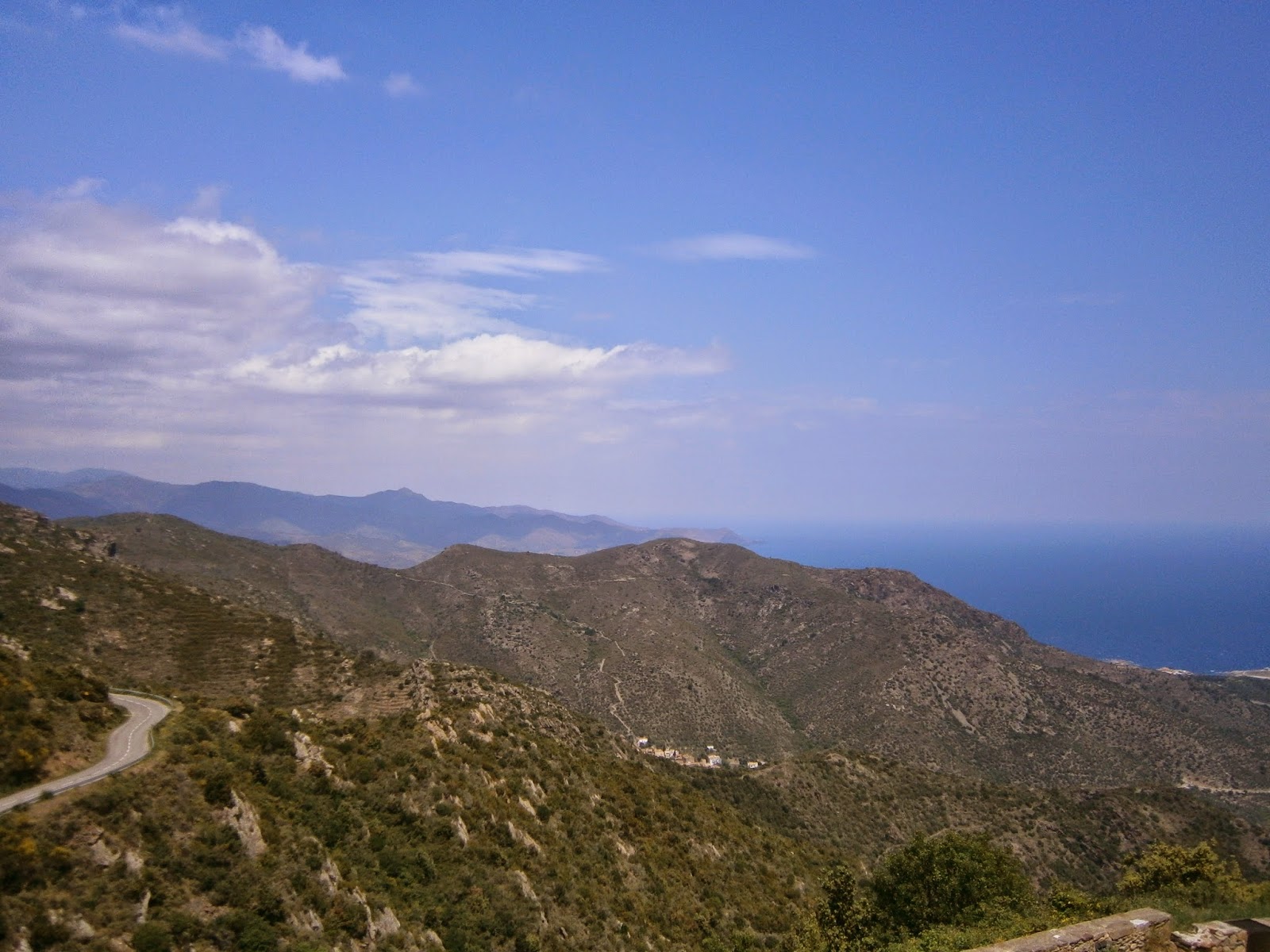 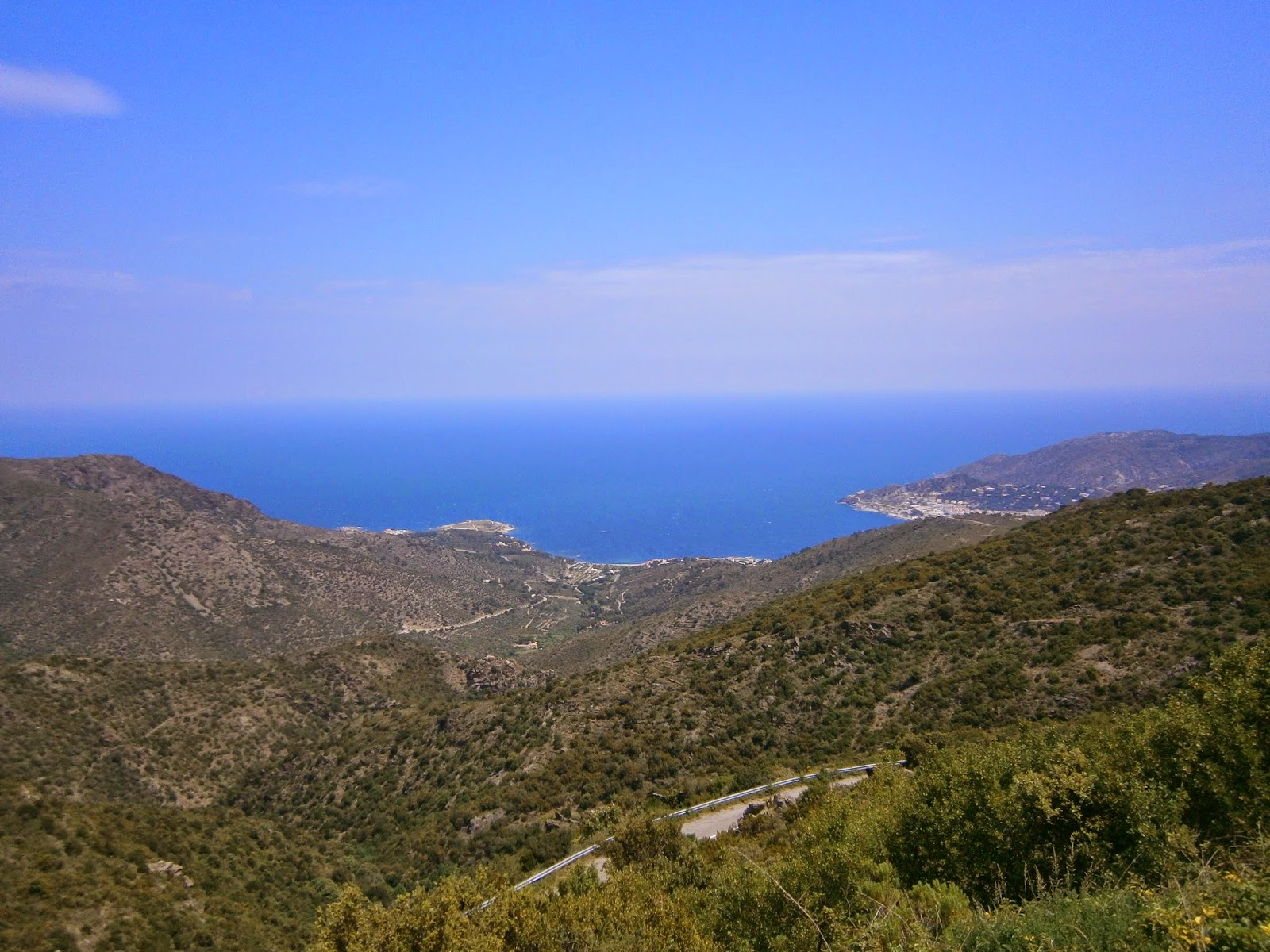