On The Road: Pont de Molins 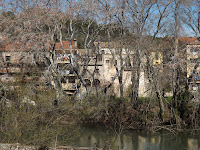 I could have gone there walking.  But I am constantly worried about the new battery staying charged, so I am making a point of taking the car out for some exercise at least once a week.  This week my car and I went to Pont de Molins.

If I had gone there walking, I would have taken the footpath that goes to Vilabertran and then continued on (if I could find signs for the continuation).  Instead I took my life in my hands and drove on the deadly N II.  I mean really, it’s only six kilometers from here.

Pont means bridge and moli is a mill.  This must have been an industrial town in the 19th century.  It had just rained and the Muga River was running at full volume.  That was, actually the main inspiration for choosing Pont de Molins for the outing.  I love rivers and like them even better when there is some water running in them.

I wasn’t disappointed.  The river was running full.  And the little village of Pont de Molins is pleasingly picturesque with an attractive restaurant that overlooks the river.  I will be back. 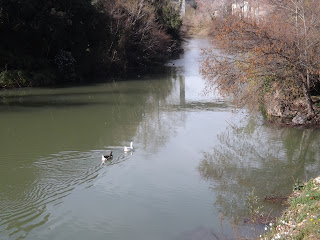 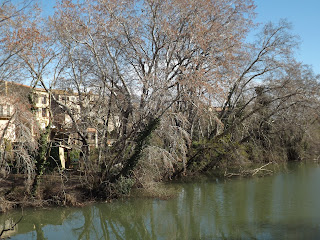 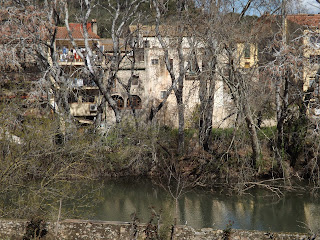 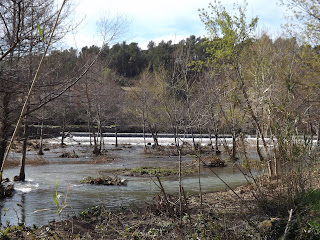 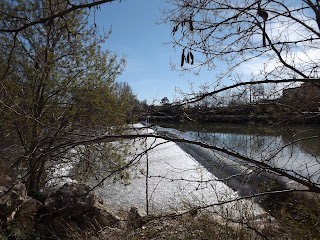 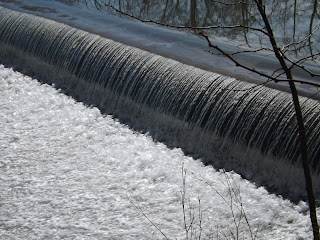 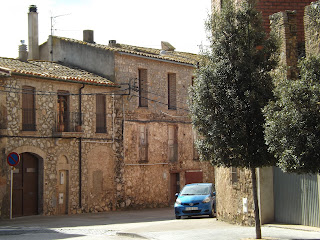