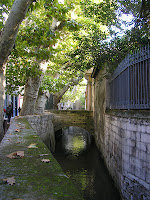 There are several things I like about Avignon.  I like that there are many very good restaurants, some of them very expensive (and probably worth it, although I haven’t tried those myself), some affordable enough if you’re splurging on vacation or for a special occasion, and some where you can eat well in a delightful environment for 10 euros or less.  Then there’s the river.  I’ve lived all my life near an ocean (or sea) and at this point, I prefer river.  Some places have rivers but no riverside sidewalks or paths (Tortosa is one such place; the promenade along the Ebre is lovely, but it’s only about two blocks long) whereas you can do a lot of walking along the Rhone.  And third is the rue des Teinturiers, a wonderfully atmospheric small street in the heart of Avignon. 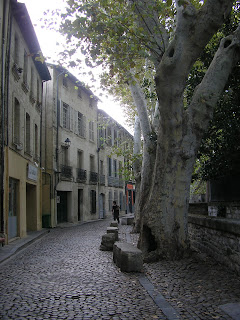 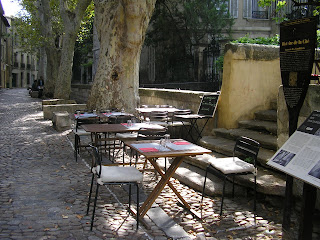 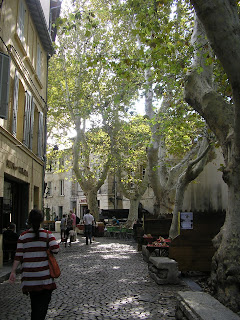 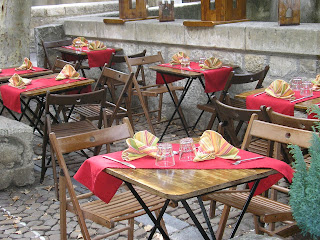 I had written in an earlier post that the rue des Teinturiers was the most evocative street in Avignon.  But evocative of what?  Of tranquility, of beauty, of a village and of a time gone by.  And why, you may ask, would you want to feel you’re in a village when you went to all the trouble to go to the city of Avignon, famous for its gigantic granite palace?  Because the grass is often greener on the other side, that’s why.  And sometimes you get to have both. 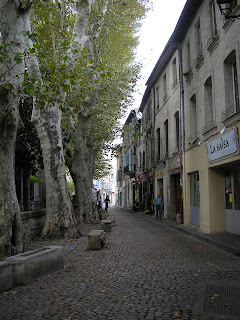 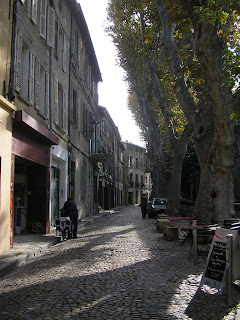 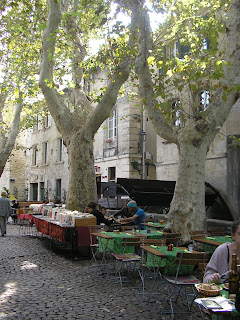 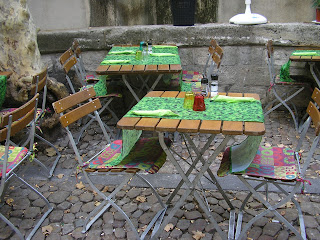 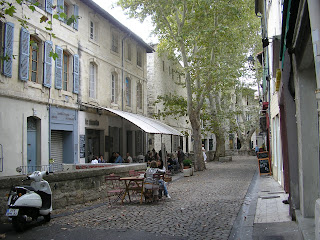 The canalized Sorgue River runs along the tree-lined street.  Here is where the 19th century dye works were housed that once made the cotton printed fabrics that Provence is still known for.  You can stroll along the river, beneath large leafy plane trees, passing small, mostly funky shops, welcoming cafes, and the occasional waterwheel.  If you go in October as I did, when there are not many people about, you might even be transported to another time.    If you prefer to be transported directly from home, get yourself one of these music CDs, Les Grandes Chansons Francaises or Piaf: The Voice of the Sparrow. 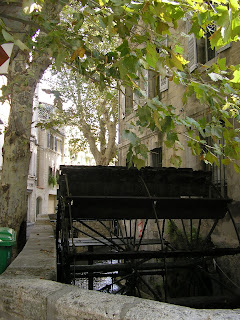 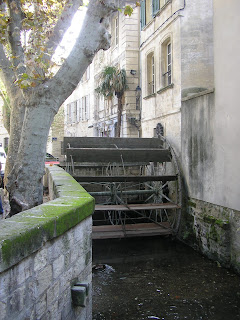 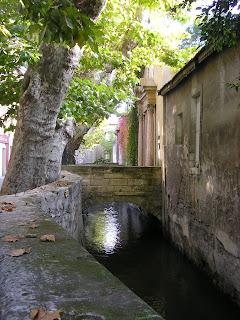 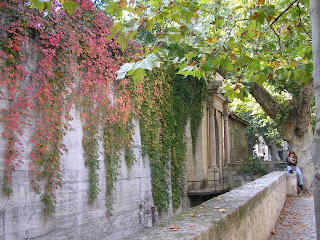