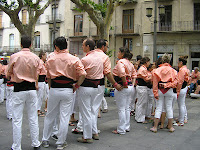 It just isn’t the same living out in the middle of nowhere and living in town.  In town, if you want to stay in your nice little apartment, you can do so.  But if you want to go out, even if just for a walk, the possibilities are many.

I’ve spent quite a bit of time just walking up one street and down another, sometimes looking for a specific place, but mostly just to see what’s there so later when I need it, I’ll know where to find it.  Today I found a shop that sells only things from – things like pates, all sorts of stuff made from duck and goose livers, cassoulet in a jar, nougat, callissons, jams and jellies, and wine.  This wasn’t something I was looking for, and I didn’t buy anything, but I’ll be back.

The other night my friendly neighbor Ines invited me to join her in going to a free, open-air band concert.  At first I declined, but then I thought again.  Band music isn’t my favorite, but why stay home when I have a chance to go out, develop a new friendship, and who knows, maybe the music won’t be too bad.  And in fact, the music wasn’t too bad.  The big band repertoire was fun, the rest was OK, there was a great full moon beaming at us through the trees, and I even ran into someone I knew!  Who would believe it when I just got here.  But I had spent some time chatting with the Argentine owners of a nearby eclectic shop and they called out to me from behind.  That was a real surprise.

Before that, on Sunday, I had gone to to see castells, the human castles.  There was a good audience, but I wouldn’t say it was crowded.  The teams were from Figueres, Olot, and Suria -- none of them high-rankers in the national competitions.  But that didn’t make the spectacle any less enjoyable and it did allow me to get closer in to take photos.

Building a castell looks like this -- layer upon layer of people: 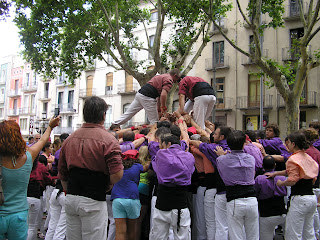 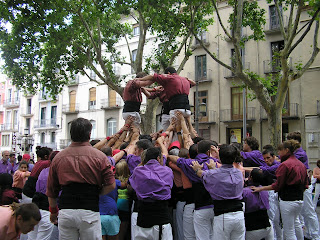 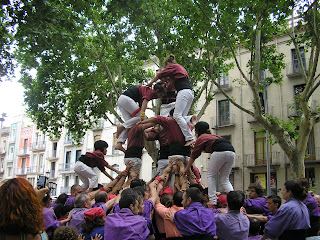 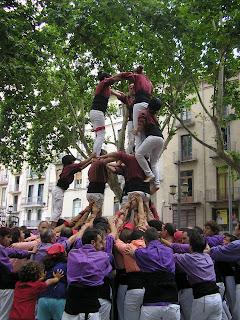 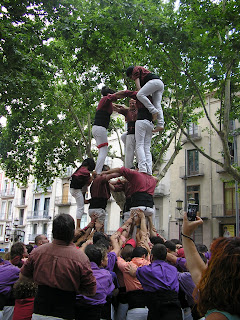 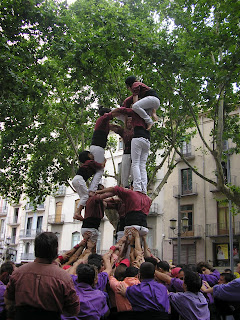 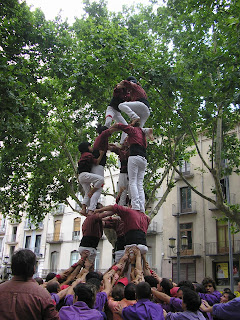 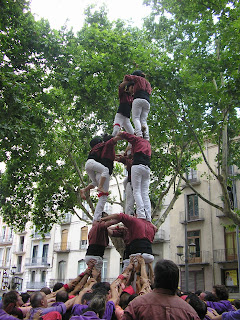 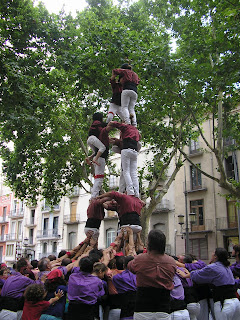 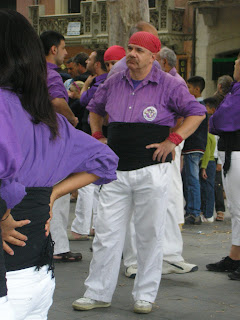 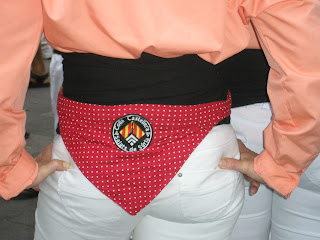