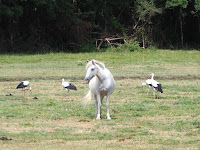 After reading my last post with photos of those beautiful horses, a friend asked me if they were wild and what happens to them when their surroundings dry up. Well heck. I hadn’t done my homework. 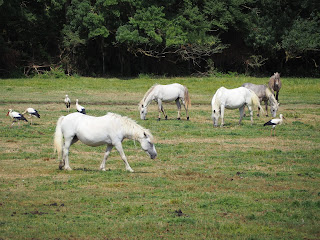 This breed has large, wide hooves and can stand in watery marshes for hours. It is used in marshy areas to eat the grasses that tractors can’t reach. This helps maintain the balance of growth necessary for a healthy ecosystem.

In 1988 a few of these horses were imported from France and installed in the Aiguamolls de l’Emporda. Now they have about 20 adults, all female (males are sold off) to keep the herd from uncontrolled growth – that is, they don’t want too many horses and they don’t want mares who are old or not healthy enough to become pregnant. They live semi-wild: They are moved from one area to another as needed, and they receive veterinary supervision. Otherwise, they are left to themselves. Thank you Shellie, for asking. 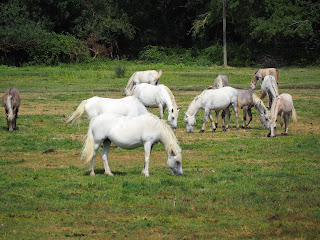 As for birds, my initial spottings were of small birds hiding in trees or larger ones from way far away and me with a short lens on my camera. 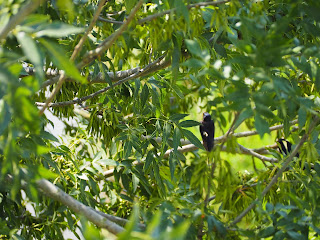 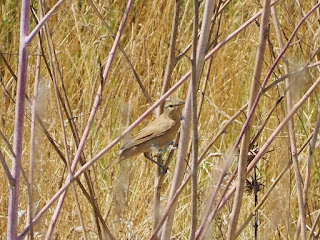 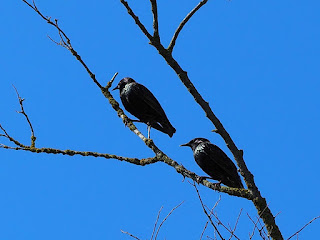 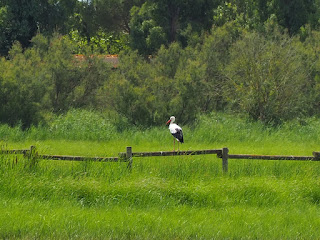 Then there was a Black-winged Stilt (Cames llargues) who wasn't too far away and while I waited patiently, didn't mind posing a little bit. 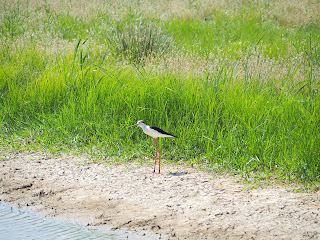 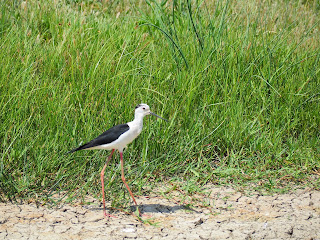 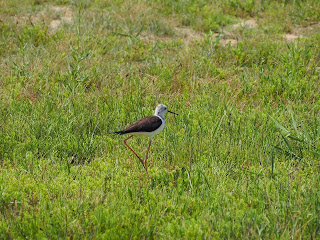 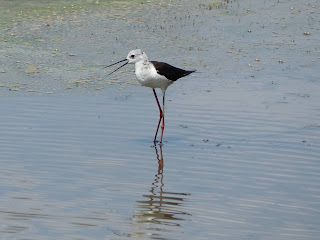 This was encouraging.  Later, things picked up with bigger birds and a bigger lens.  I had an especially good time capturing storks taking off, landing, or flying at two different lagoons. 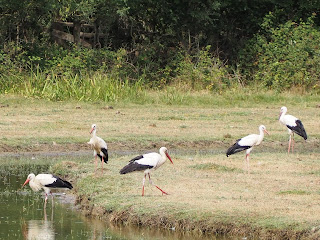 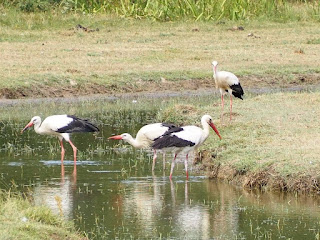 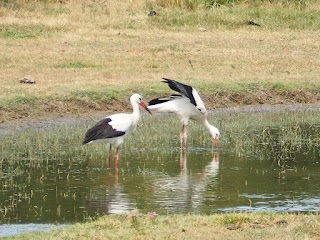 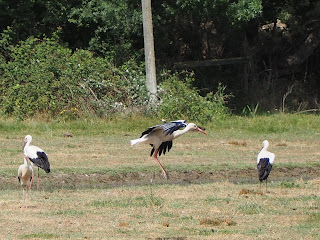 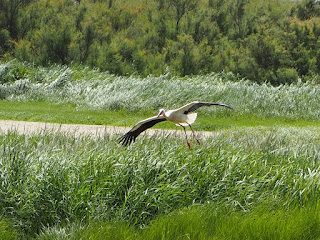 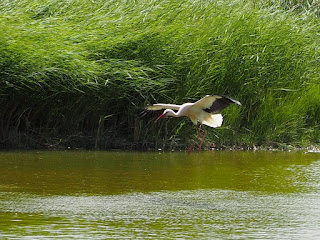 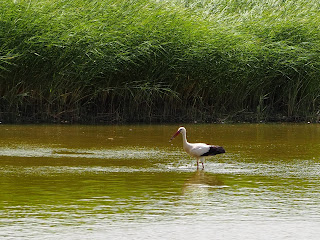 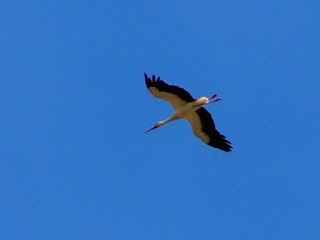 Finally there was a bird even bigger than the White Stork and possibly even more beautiful (although they all are really beautiful).  I think the Flamingo (Flamenc) has been my favorite so far. 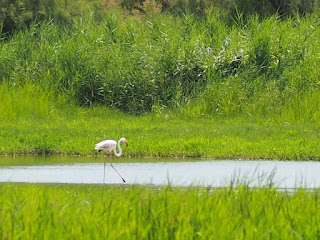 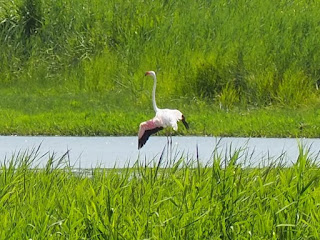 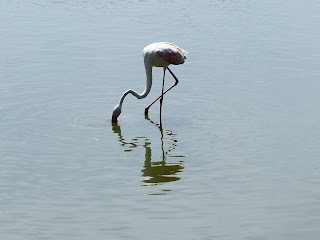 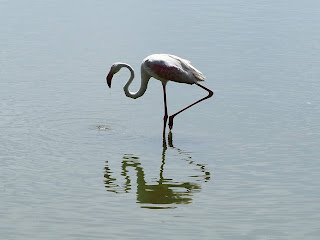 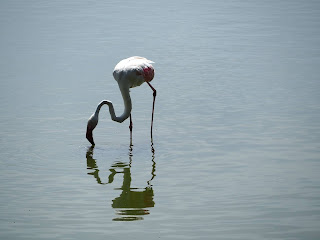 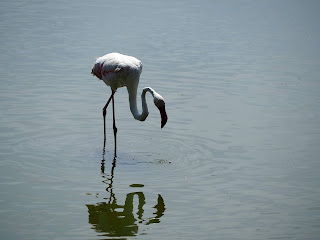 Three hundred and twenty-nine species of birds have been spotted in the park, but not by me. I’ve spotted maybe ten and can name only seven, and I need to learn the names in both English and Catalan.  Maybe that’s why people get into birding. It’s an eternal project. 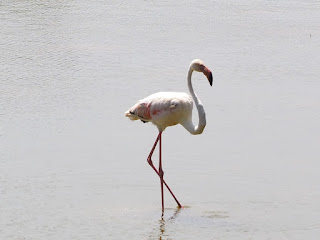