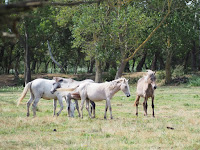 I remember when I went to Toulouse last September and took off my facemask in the park and could get a real breath of fresh air – outdoor air on a rainy day that smelled of trees and rain and things green. A small thing like that but ten months later I still remember.

At the time we had already been wearing facemasks for a few months and we are still wearing them now. Like many people, I don’t breathe that well with a facemask and even worse when it’s hot. A few weeks ago the government announced that we were no longer required to wear them outdoors. So that first day, a Saturday, at about 8 am when I went out to walk the dog, I found I was the only one on the street not wearing a facemask. I had mine with me and quickly put it on. But when I am on a secluded stretch or on a path outside of town, I am free to breathe. So, being out in nature is good for breathing, good for the soul, and good for taking photographs. 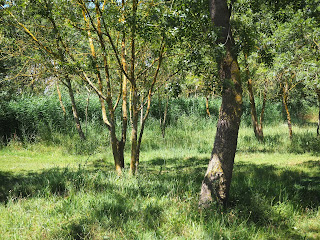 At the aiguamolls (wetlands) there is a meadow where you often see horses – sometimes two or three, sometimes a herd. On two of my recent visits I’ve taken the path that passes by that field and lo and behold there they were. 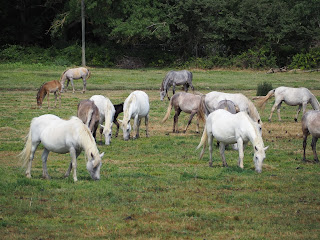 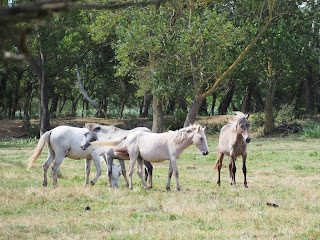 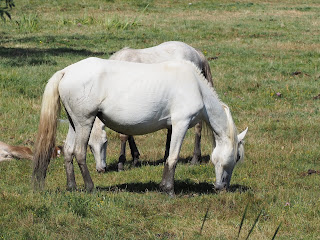 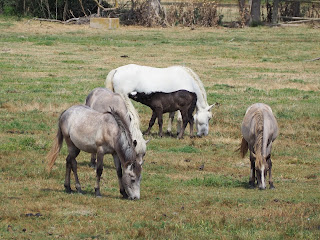 While shooting I saw something that looked like a boulder in the field. Even with my telephoto lens I couldn’t get a good enough look. But enlarging the image at home, I could see it clearly. Someone was taking a nap. 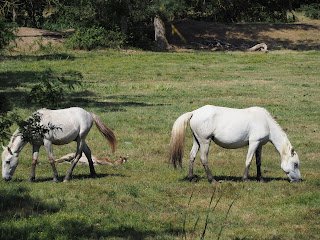 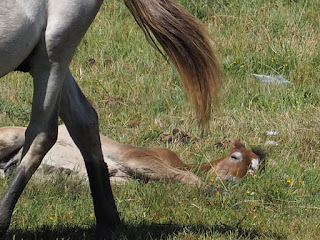 That meadow is home to more than a herd of horses. A muster of White Storks – maybe two dozen -- also hang out there. You can see some of their nests in the nearby trees. The two species seem to coexist in peaceful harmony. 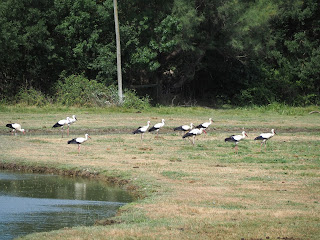 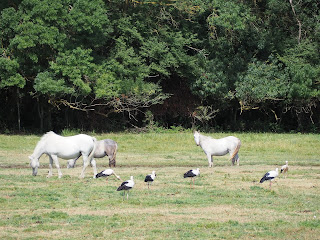 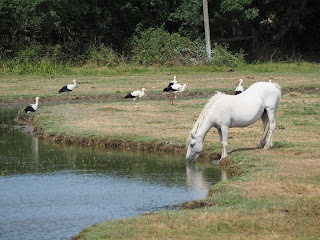 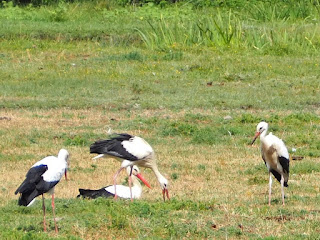 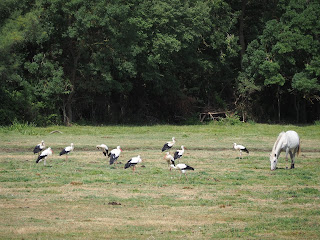 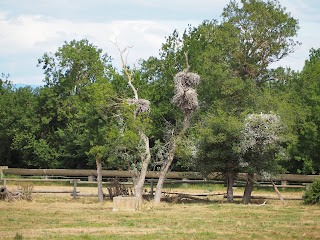 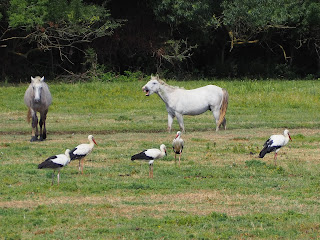 Off to the left a movement caught my eye. It was a dear that had sprung out of the forest and sprinted quickly out of sight. But a few minutes later there was another movement in the same area. This one was a stately procession of Mallards that was far off and small in size but slow enough to photograph. Now there were three groups all sharing the same meadow. 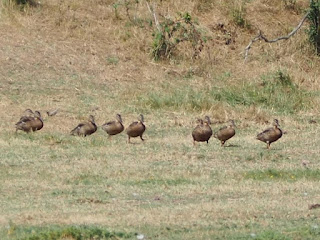 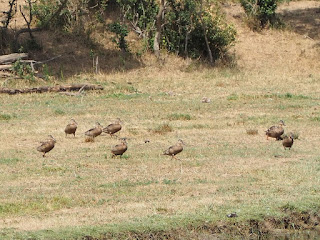 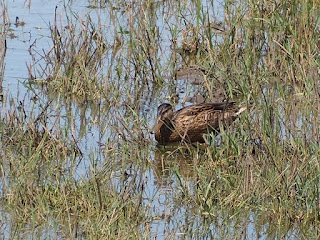 The park sits on the Medittarean coast and along one side of Empuriabrava, a sort of little Venice that was created in the 1960s from marshland and is made up of canals, houses, and a few very ugly big hotels and apartment blocks. Towards that end of the park I was acosted on a trail one day by another group of horses.  I wasn't convinced that the trail was big enough for all of us, so I was glad to see their backs. 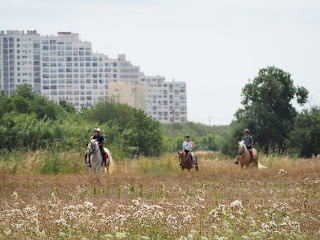 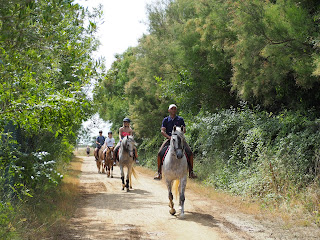 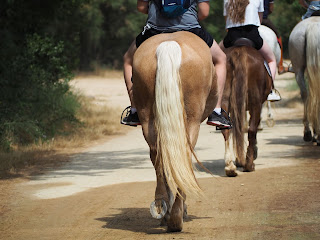 The smallest animal I’ve seen at the aiguamolls is a weasel and that took some patience. Actually, I’ve never seen a weasel out in nature anywhere before and at first I wasn’t sure what it was. I had caught a glimpse of a little something run out of the brush and then turn around and run right back in. So I passed by and waited some minutes while several other people passed one way and another and the little head popped in and out a couple of times. But finally my quiet wait paid off. 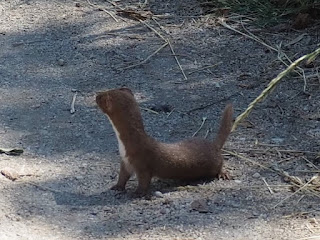 The aiguamolls are drying up a month earlier than usual. I asked at the visitor center and they said they had a reserve of water, but not enough for all the lagoons. I didn’t ask what will happen to the wildlife that will be left out. But even in the drought, it’s still beautiful. 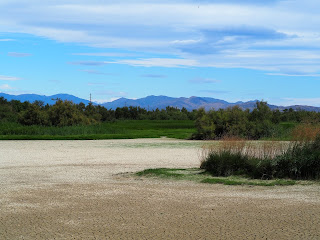