Paris in the Drizzle

One evening, with Elaine and Jin, there was the outstanding fish soup followed by to-die-for small steamed (Spanish) mussels done the French way with wine and lots of butter.  As someone once said, you can never have too much butter.  With the whole group there was the outstanding galette (salty crepe made from buckwheat flour) with cheese and bacon and I-don’t-remember-what-else in a neighborhood creperie that Brigitte, our fearless leader took us to on the day when we braved the rain climbing the hills of Montmartre.   If my galette didn’t recharge my batteries, the apple crepe with Calvados that I had for dessert certainly did. 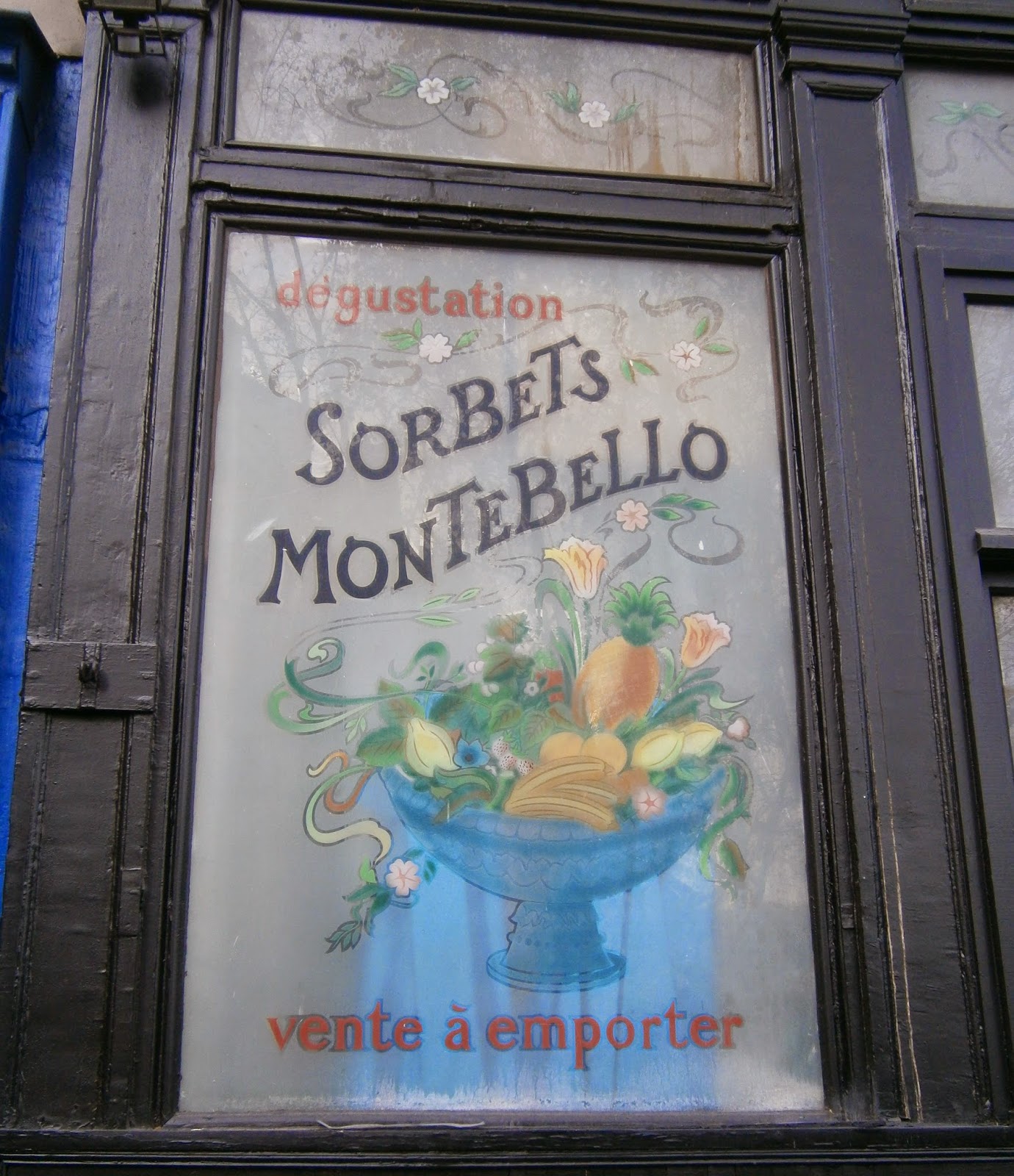 In fact, I felt so fortified that instead of inspecting the two churches on offer at the top of the butte, I stood in the drizzle arguing with our lecturer James about whether Vincent committed suicide or was shot by someone.  I am of the latter opinion but James, who is a graduate of the Sorbonne, holds a Ph.D. from Southampton-Solent University, and is an expert on art history, didn’t agree.  Even experts can be mistaken.

Passing by the apartment building where Vincent van Gogh lived with his brother when he came to live in Paris, James gave the group a brief history of the artisst.  A history full of errors.  Vincent went to teach in England before he became an evangelist in Belgium.  Maybe it isn’t important the order of his jobs, but it is important to mention that he couldn’t keep any job, not even his first one that had been for an art dealer – a family member.  His whole working life was a failure.

James also said that Vincent was mad.  That he had shown symptoms earlier and then had the crisis when he cut off his ear.  Madness ran in the family.

In the 1880s people talked of madness because there were many illnesses that had not yet been defined.  Look a little further back and madness was thought to be the work of witches or the devil.  But no one talks of madness now.  Now, people suffer from schizophrenia, bipolar disorder, epilepsy, and other illnesses that doctors couldn’t diagnose or didn’t have treatment for in Vincent’s day.   Vincent’s illness had a diagnosis, even if it wasn’t known at the time.  A recent theory was that he had bipolar disorder, but it has lately been convincingly argued that he suffered from temporal lobe epilepsy.  Ironically, epilepsy was the diagnosis of Dr. Reyes who initially treated Vincent in Arles when he mutilated (but did not cut off) his ear.  Unfortunately, even though Dr. Reyes was probably correct, there was no treatment for it then.

James went on to say that Vincent went to Avers-sur-Oise in order to stay with Dr. Gachet and because there was an artist community there.  Vincent’s brother Theo knew Dr. Gachet, who was an amateur painter and art collector, and had arranged for him to stay with the doctor in order to receive treatment for his illness.  There was no artist community.  When he arrived Vincent discovered that the doctor was not able or willing to have him in his home, so he went to stay at the village inn.

Some of these erroneous bits weren’t really important, but all together they painted a picture taken out of Lust for Life rather than any real biography of Vincent.

The most important error, in my opinion, was to say that Vincent committed suicide.  There is convincing new research presented in the excellent book Van Gogh: The Life by the Pulitzer Prize-winning authors Steven Naifeh and Gregory White Smith that says that Vincent did not kill himself, but that he was shot by someone – probably by a wealthy teenager whose family summered in the village and who used to taunt Vincent.  Earlier research pointed to the same conclusion.  If he had shot himself and walked back to the inn, what happened to his painting kit?  His easel, paints, brushes, and canvas were never found.  And the gun?  Where did he get and what did he do with the gun?  That was never found either.  He hadn’t been out in the wilderness; he was in the cultivated fields by a village and yet none of these things have ever been found.  But besides these questions, there is new forensic evidence that makes it very unlikely that the gunshot could have been self-inflicted.  (Link to article)

All these myths being presented as facts annoyed me enough to stand in the drizzle and argue.  Vincent is one of the world’s most important artists who never found the love and understanding he sought during his lifetime (except from his brother) and deserves the respect to be presented accurately.

Calvados crepes and Vincent aside, my food highlight in Paris was our dinner at Miss Lunch, a tiny restaurant and food shop run by Claude, a food artist.  The food was good but Claude was the tour de force of that tasty and very entertaining evening. 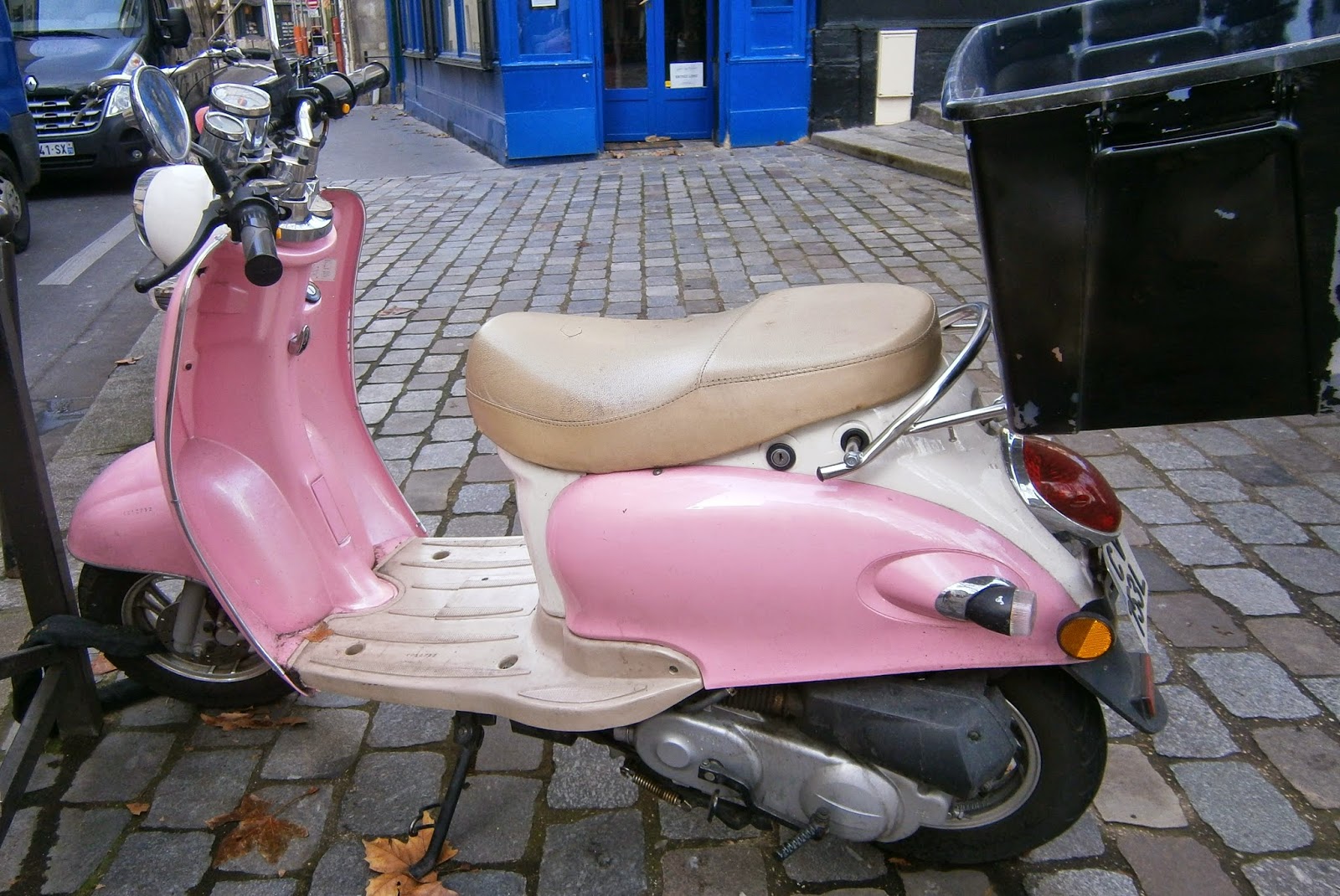 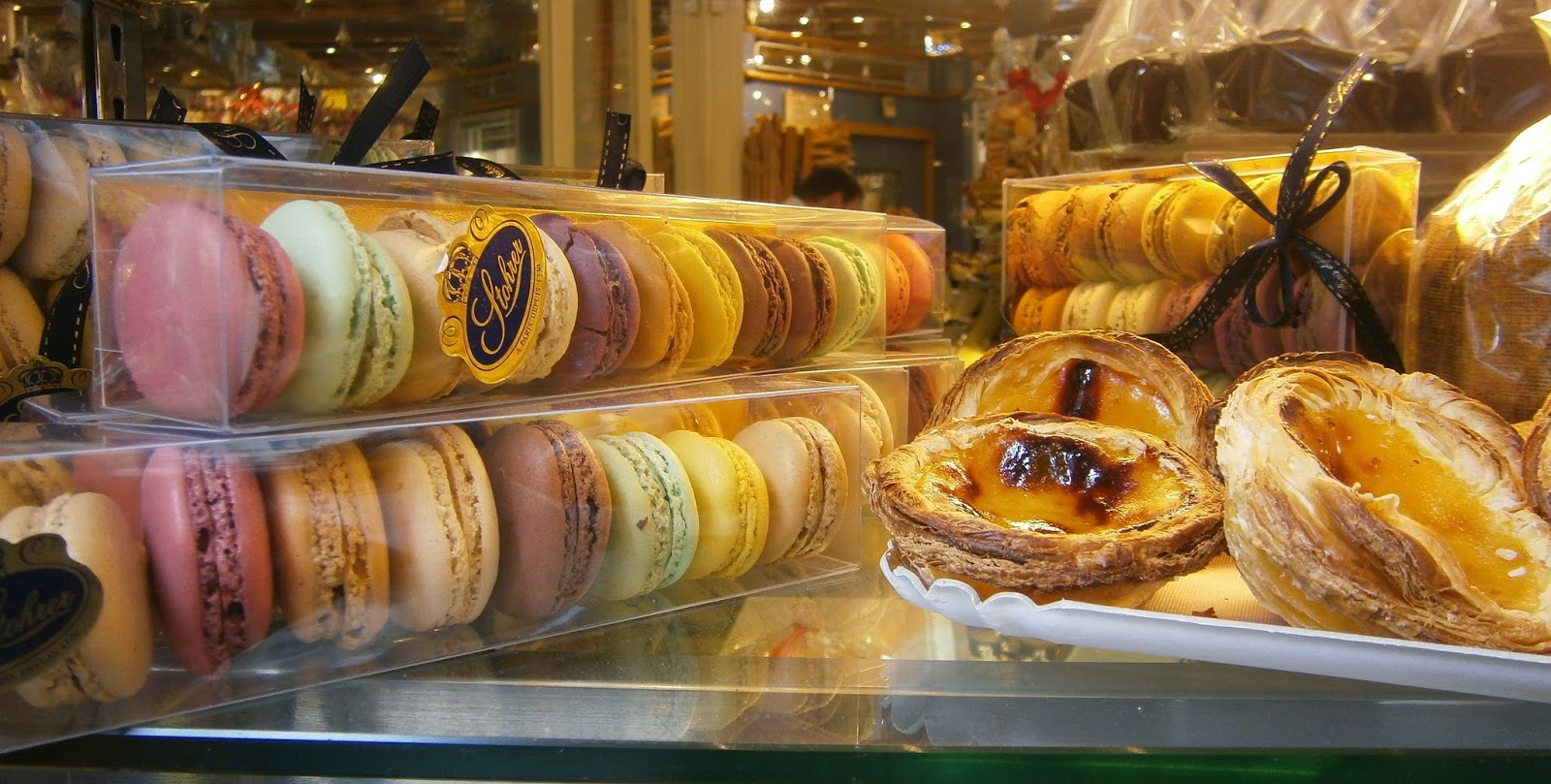 Other highlights?  The Van Gogh and the Art Nouveau collections at the Musee d’Orsay, walking in the Marais, seeing the Allee des Justes with the names of those brave people who had helped French Jews escape the Nazis, the evening boat ride on the Seine, paying my respects at Colette’s tomb, just BEING there where so much of what I’ve read about happened.

I took no food photos at meals.  In fact, I took fewer photos than usual during the whole week, partly because of the weather, and party because I didn’t want to be bothered.  Of the ones I did take, a good number turned out to be rubbish.  I think if I want decent church interiors and night shots of the Eiffel Tower and Notre Dame Cathedral taken from a moving boat, I need to take my better camera that has more possibilities for settings.  And I never did make it into Shakespeare and Co.   I guess I’ll have to go back. 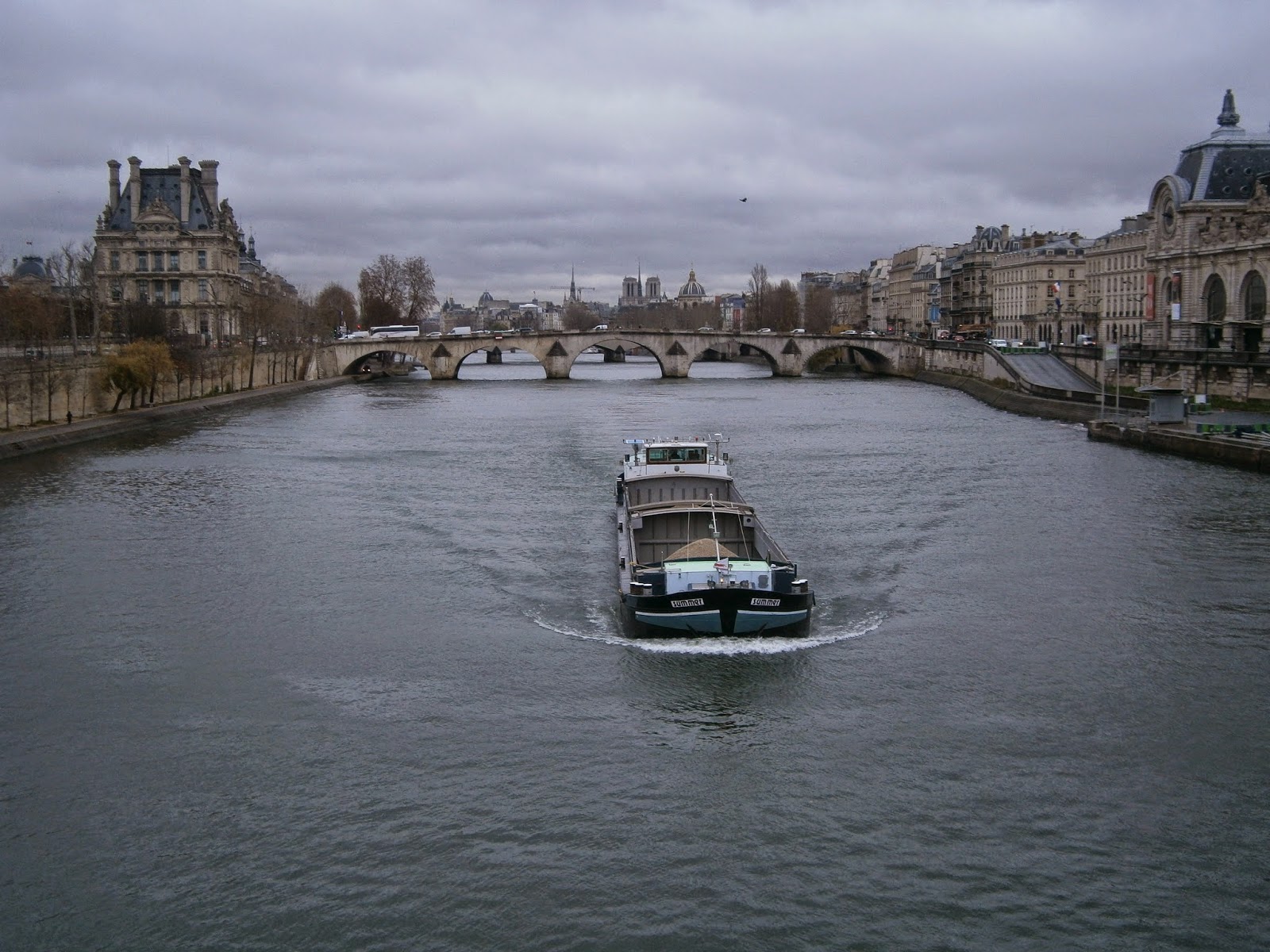