Vote Yes or No 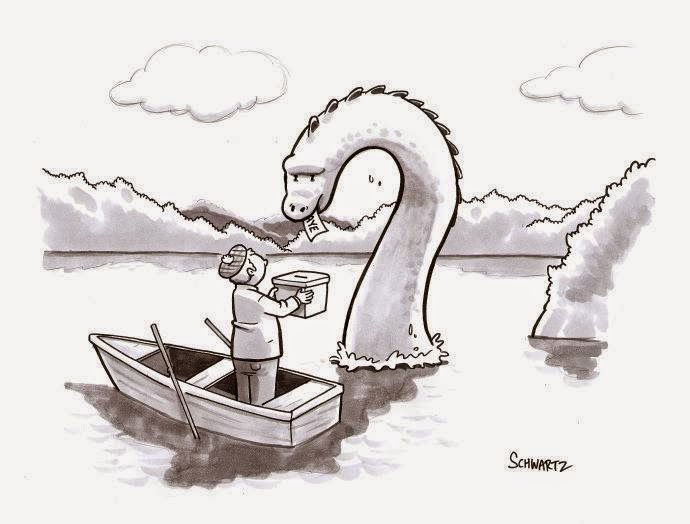 Scotland has said No to independence.  The vote was close, but not that close – about 55-45.  What was really impressive is that more than 85% of the Scots came out to vote.

Although I find the result disappointing, it isn’t surprising.  The polls had predicted a No vote since the beginning of the campaign, and the Yes gained significant favor only near the end.  When the Yes seemed to be so close it might surpass the No, the British government kicked in and started offering all kinds of concessions (you could say bribes) so that Scotland wouldn’t leave.

Britain didn’t have to allow this referendum.  That it was given an OK was the result of negotiations between the Scottish and British governments after the Scottish National Party won the last election on the platform promise that it would hold a referendum on independence.  This meant that the people of Scotland wanted to vote and the British government acted accordingly.

It’s possible that David Cameron agreed to it because he didn’t believe the Yes had a chance in hell.  He certainly became nervous when it looked like it might win.  But whatever his reason, he has said that he gave his approval because he believes in democracy.

I was disappointed but not surprised this morning when I turned on the news to learn that the Yes vote had lost.  That report was followed by the hypocritical response of Spanish President Rajoy.  That shouldn’t have been surprising either but somehow, I can never get used to the level of lies and hypocrisy that he and others of his government utter on an ongoing basis.  Does his public listen and think about what he is saying?

People can be for or against Scottish independence, or Catalan independence, and anyone else’s independence.  There are some valid arguments for either side (and some bogus ones).  It is not acceptable, however, for a government of what is supposed to be a democratic country to tell its citizens that they cannot vote, as Spain does, and in the name of democracy.

Rajoy congratulated Scotland on deciding to remain part of the United Kingdom and of the European Union.  He said bigger is better and stronger, and that it was good not to break up the UK or the EU.

But Scotland’s seceding from the UK didn’t necessarily leaving the EU.  In fact, Rajoy was one of the first to say that if Scotland secedes it would be thrown out of the EU.  There is no EU statute that covers the eventuality of a member state breaking up into smaller pieces.  When the time comes that one does, it will be up to the EU to decide how to handle it.  Clearly Spain will want the new country thrown out.  Even though it says that it is important for the EU to remain big and strong.

Rajoy also said Spain would block the entry of Scotland if it applied for membership to reenter the EU.  I’m confused.  He says that the EU is better and stronger when it is bigger, and he wouldn’t want to see Scotland leave, but if it did, he would block its reentry.

If President Rajoy and the Spanish government think that Spain and Catalunya are better off together, and that the EU is better off with Catalunya remaining a member, etc., he should allow the Catalans to vote on the question and do what Britain did – campaign for his position.  That is what democracy is about.  But then Britain has had a long relationship with democracy while in Spain it is a relatively new concept which was born after the death of Franco in 1975.

Some people worry that the No vote in Scotland will have a negative impact on the Yes vote in Catalunya.  But I think the Catalans have taken note of how Scotland has been treated by Britain, and when they compare that to the treatment they have received from Spain, it will only serve to increase their determination to vote and to vote Yes.

Cartoon from The New Yorker
Posted by Dvora at 7:23 PM