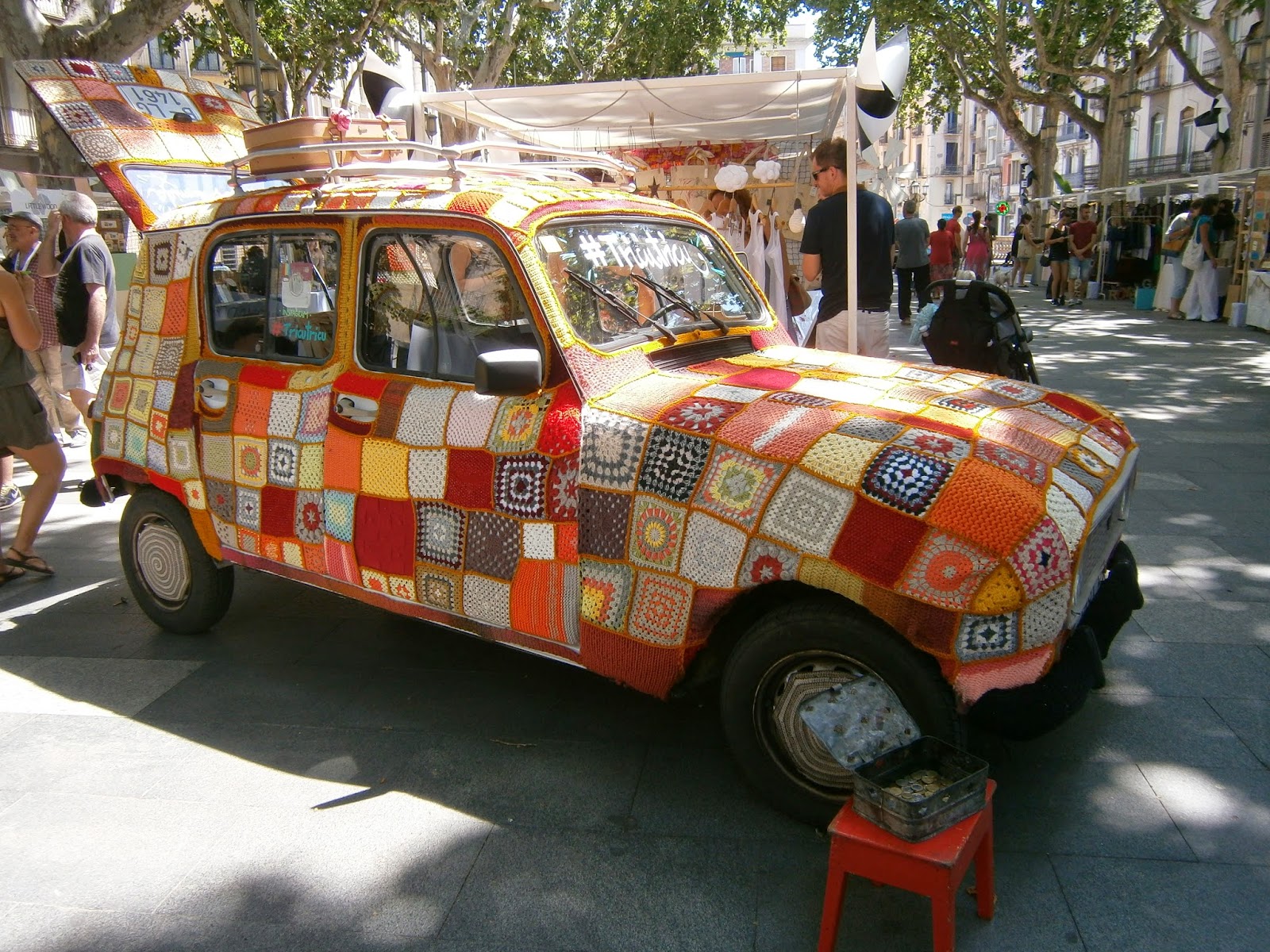 The last two weekends brought more street entertainment.  There was a modern dance festival going on but I didn’t attend any of the free performances that were scattered around town.  I did attend the castells (human towers) as I always try not to miss those.  They are simply splendid, one of the best examples of Catalan culture.   There is no violence, it is a sport of many people working together to achieve a common goal.  There is no competition between members of the same team (each has a role to play but no one is a star and individuals earn no points) but of one team against the other.  And even though the teams are competing for points throughout the season, members of the different teams help each other to form the pinya, the central mass that holds up the tower.  If you want an expression of community spirit and cooperation, you won’t find a better one. 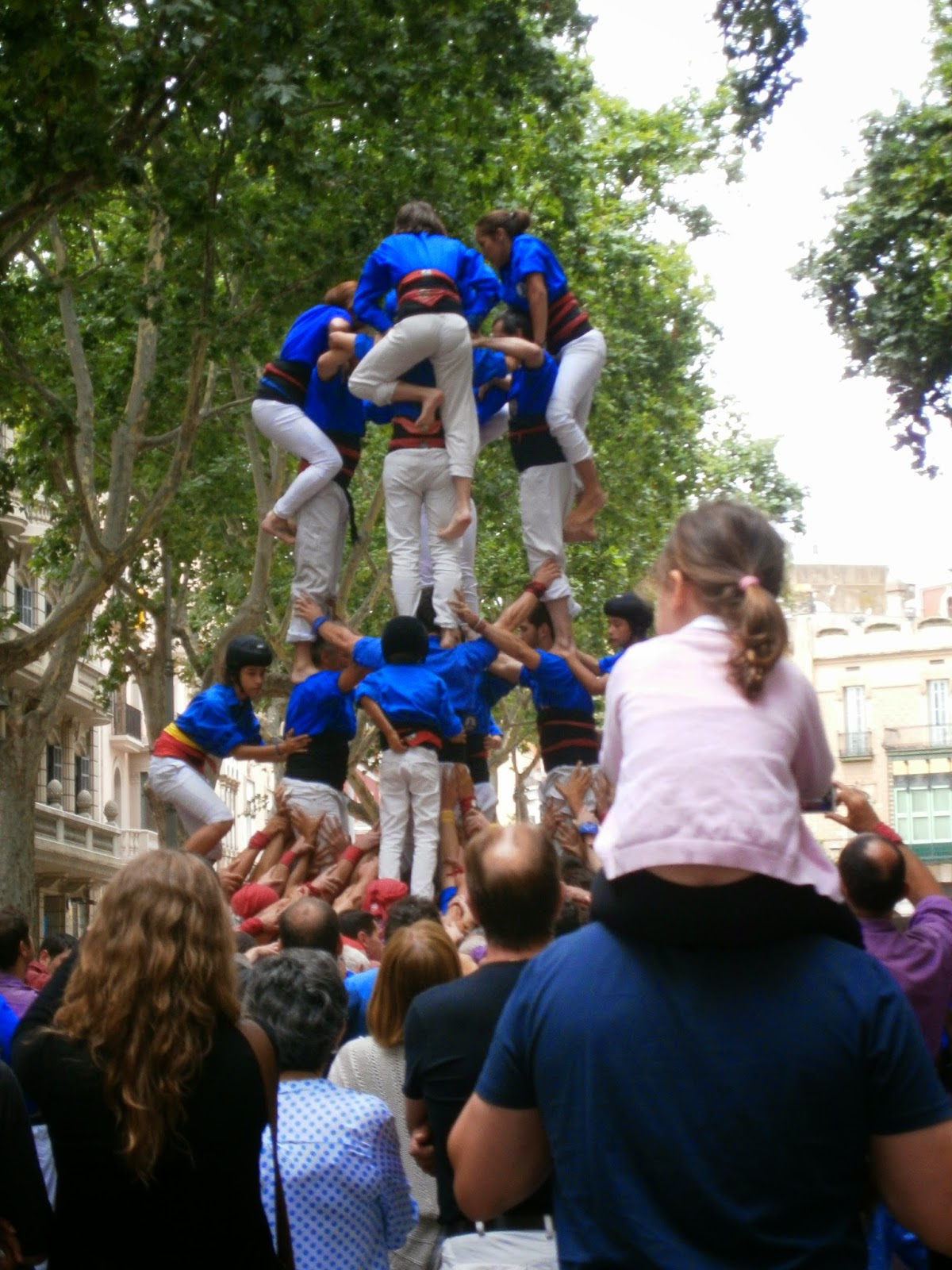 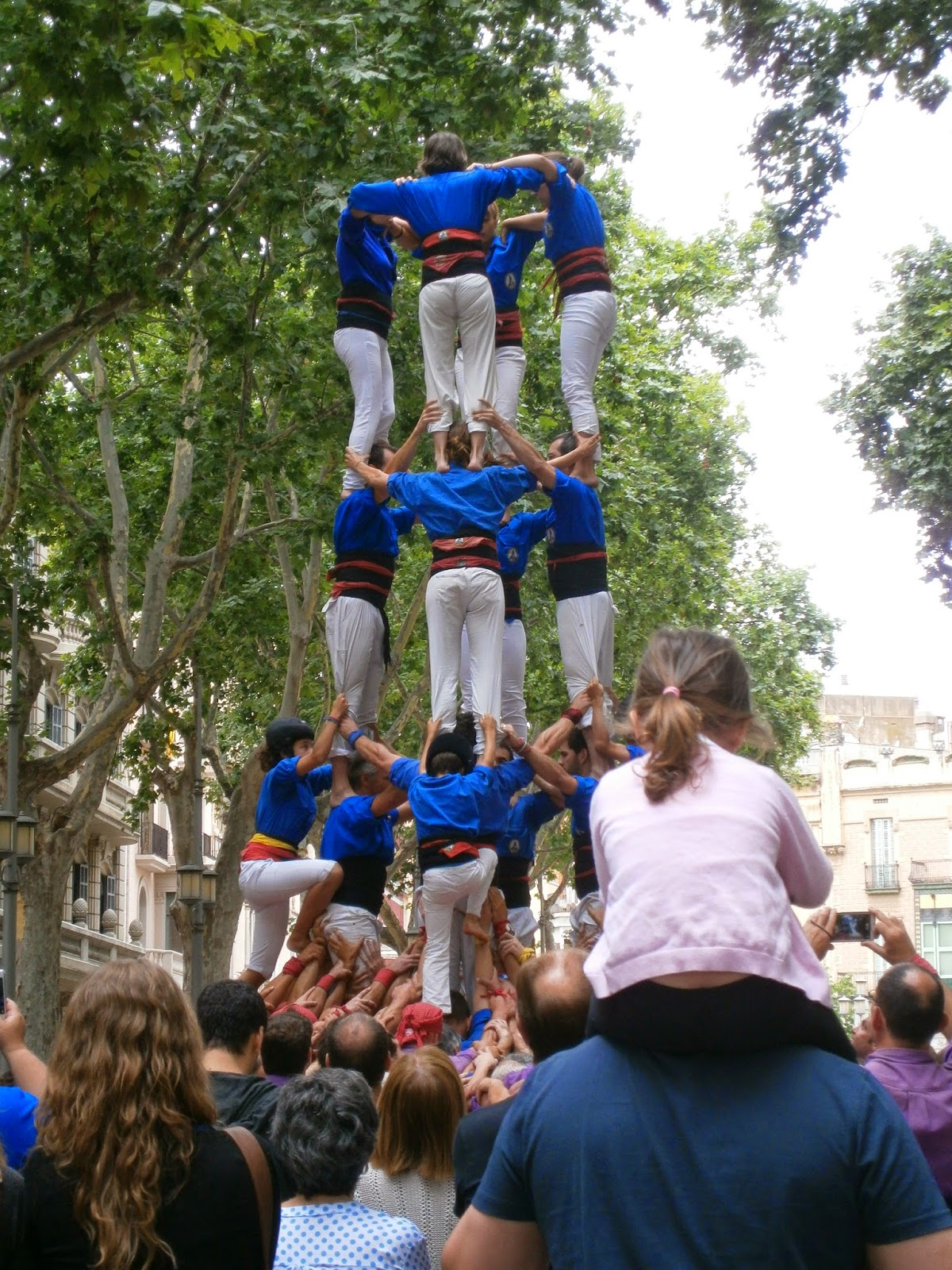 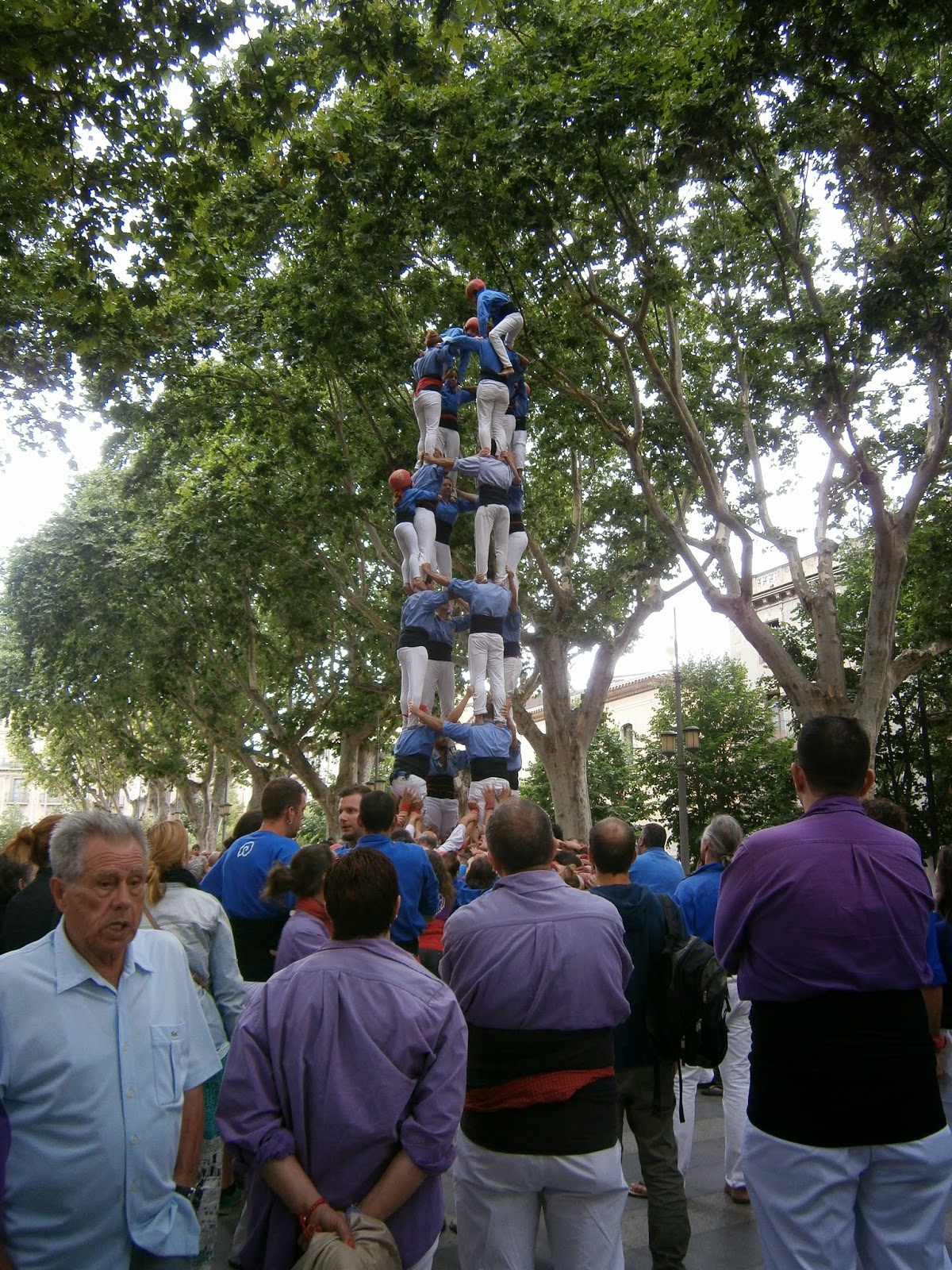 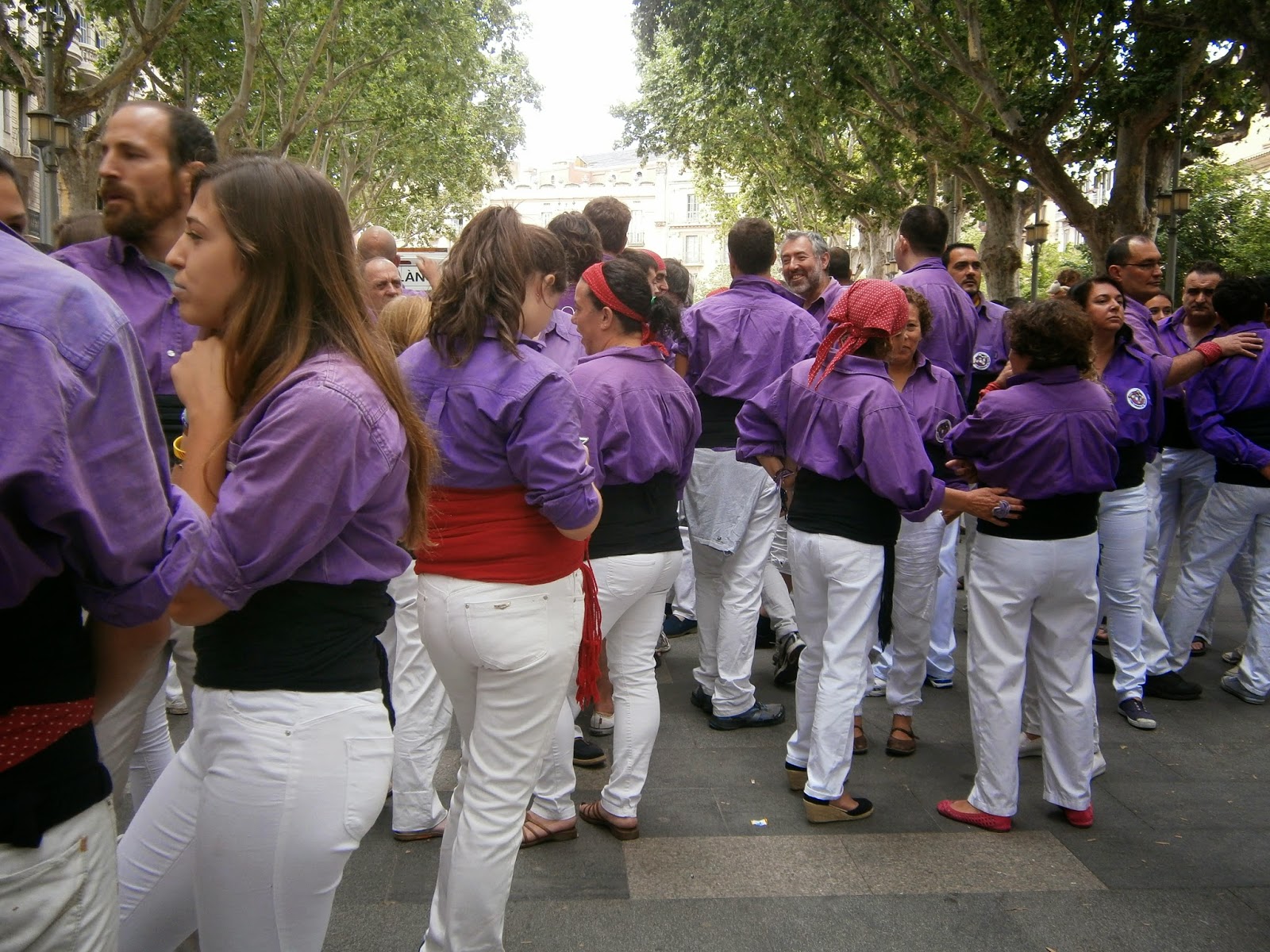 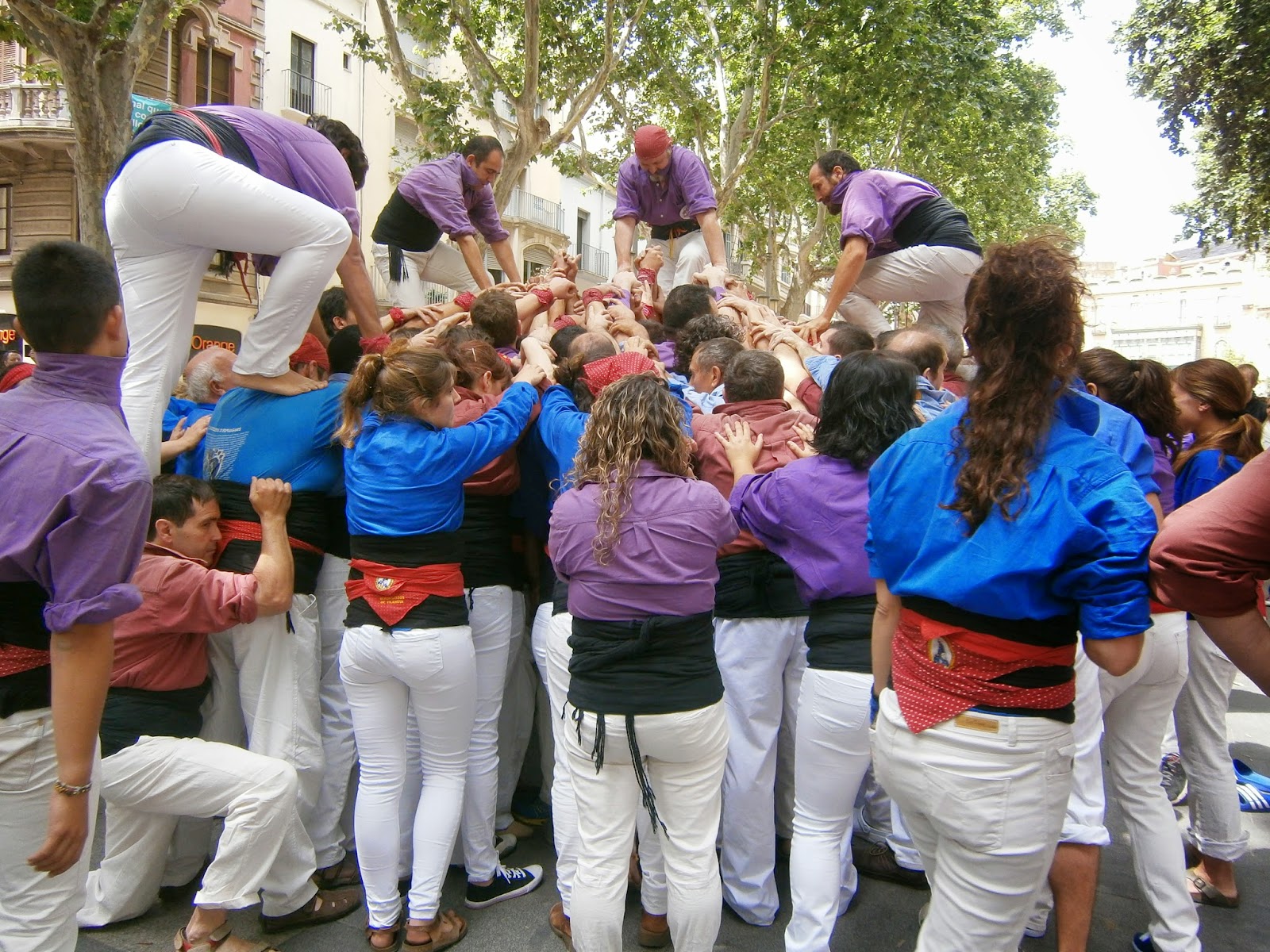 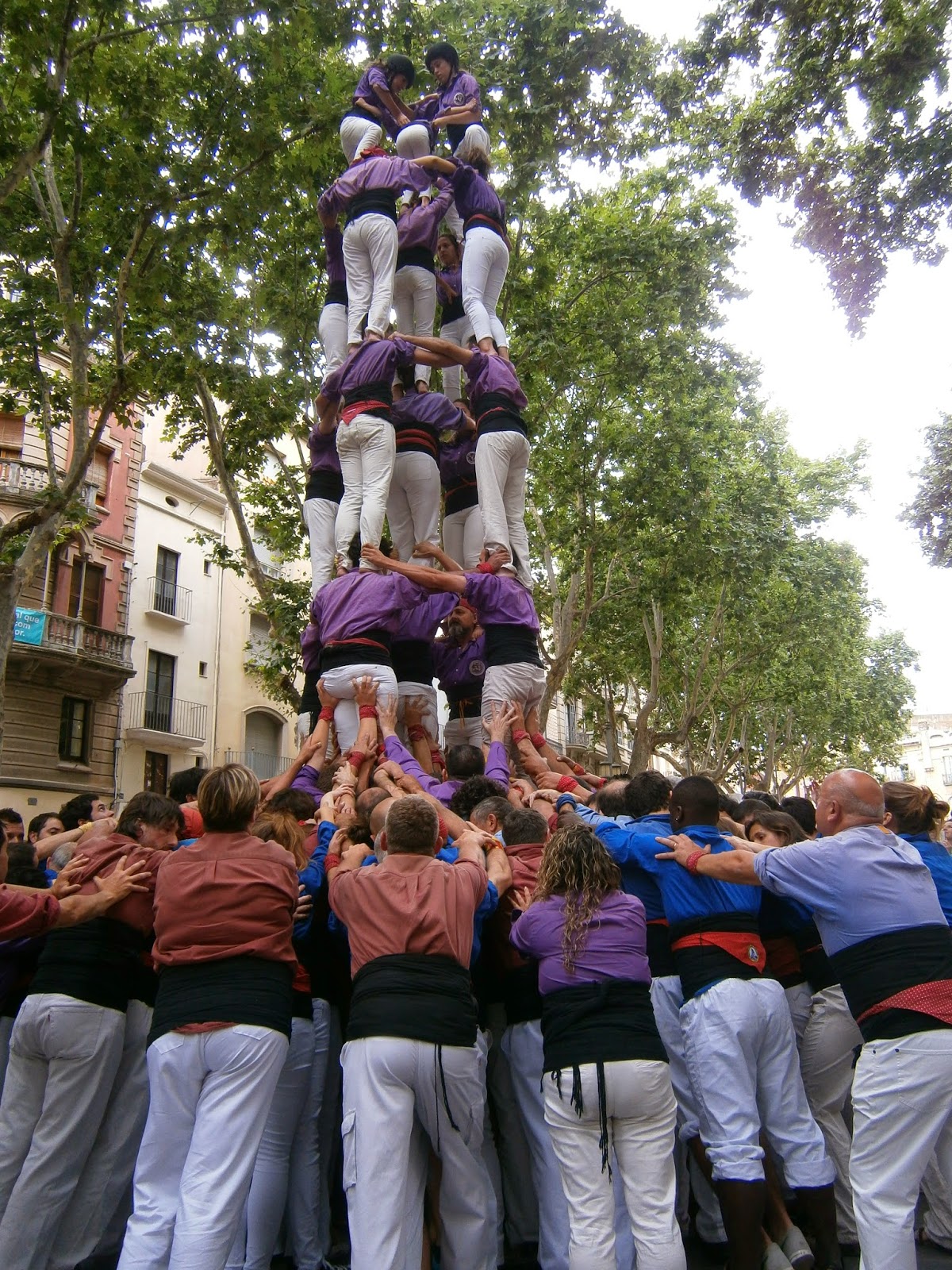 Then there was the Designers' Fair.  I always like to see what artisans and designers are up to, and this fair was no disappointment.  There was all manner of cool stuff – the coolest of which was the company Cool Catalans with their Be Cool, Be Catalan tee shirts.   There were workshops for kids to learn craft skills such as printing and jewelry-making, there was music, there was a cool granny-square enhanced old Renault, and there were even some cool dogs for me to photograph. 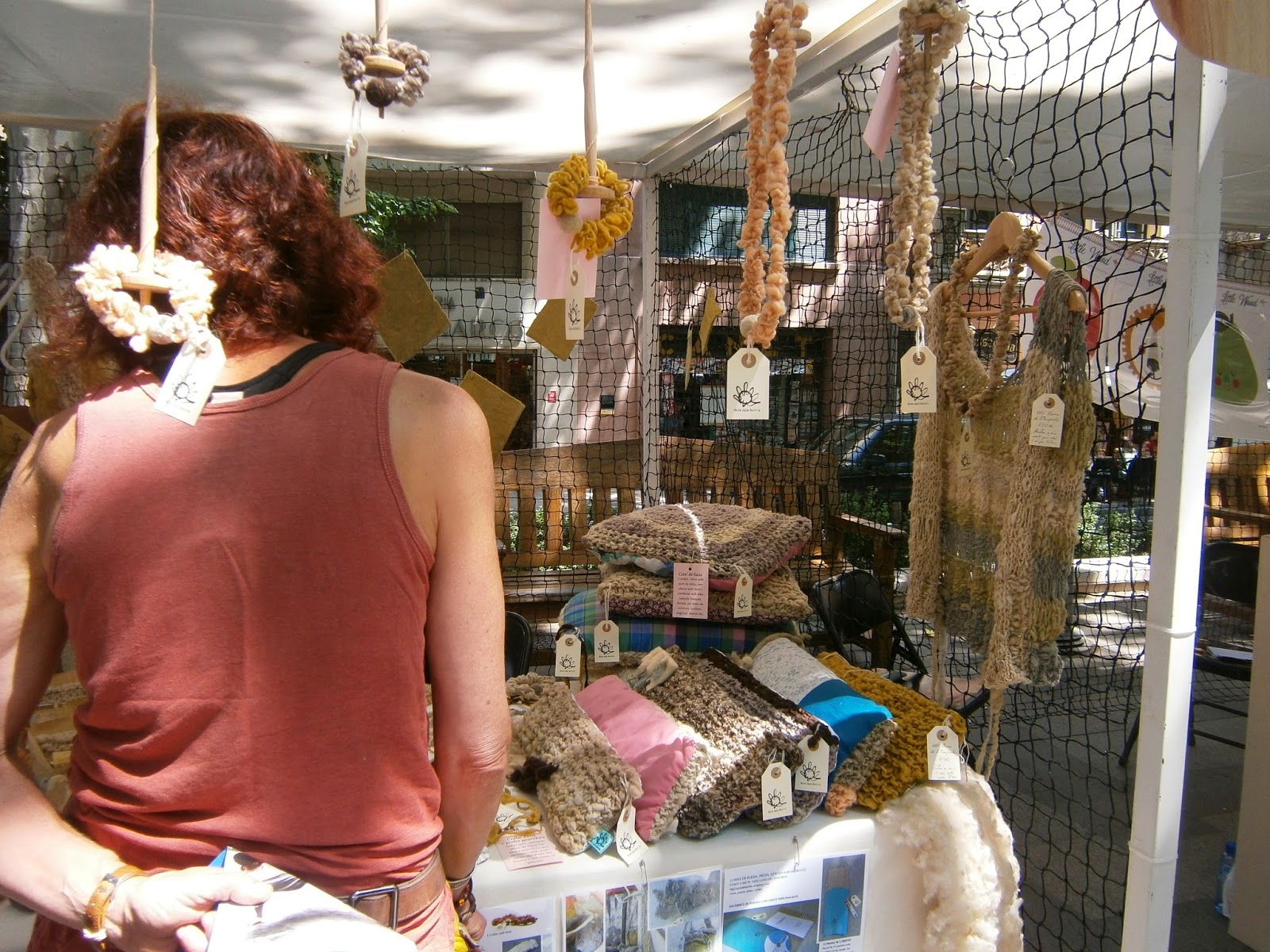 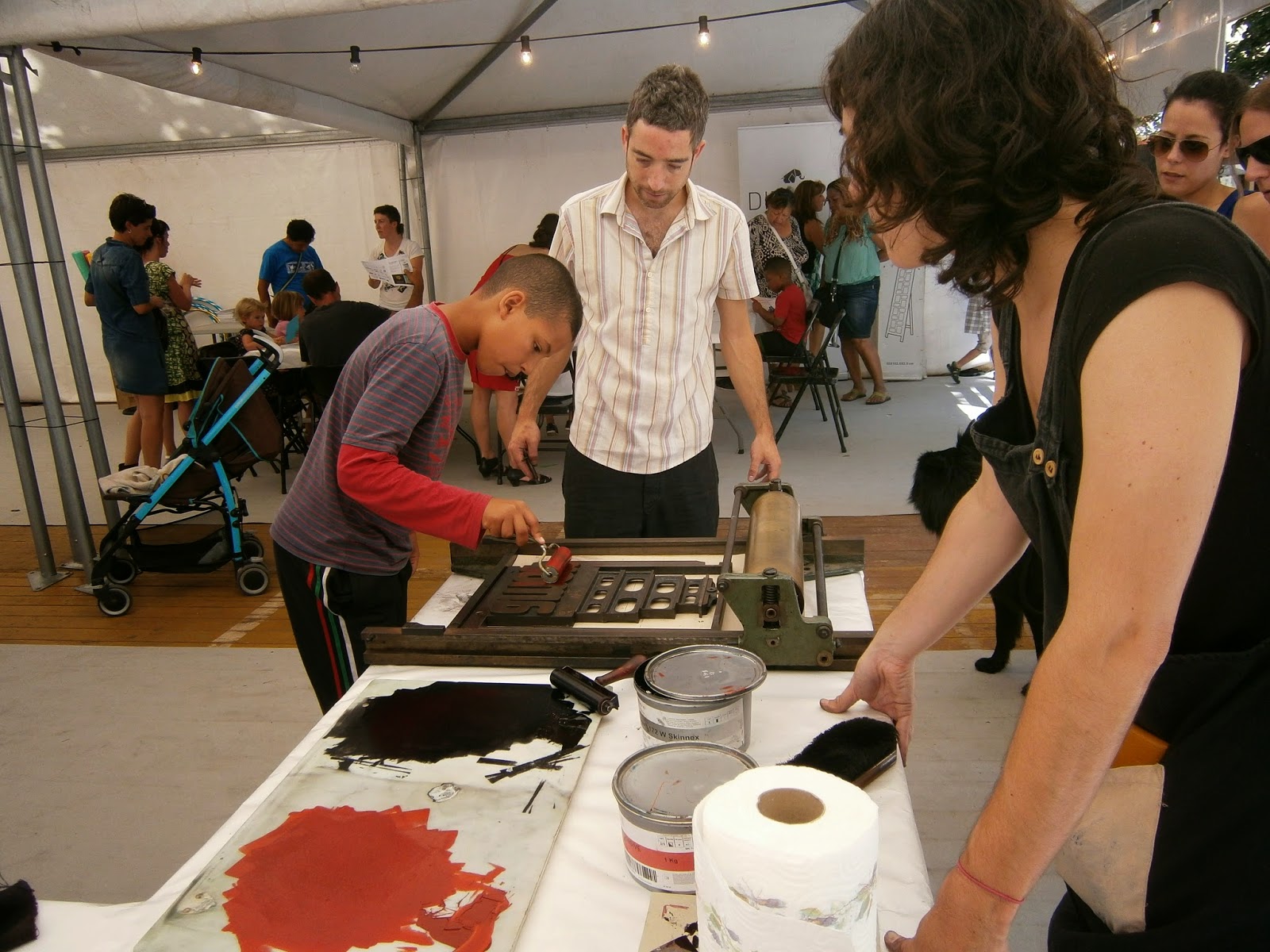 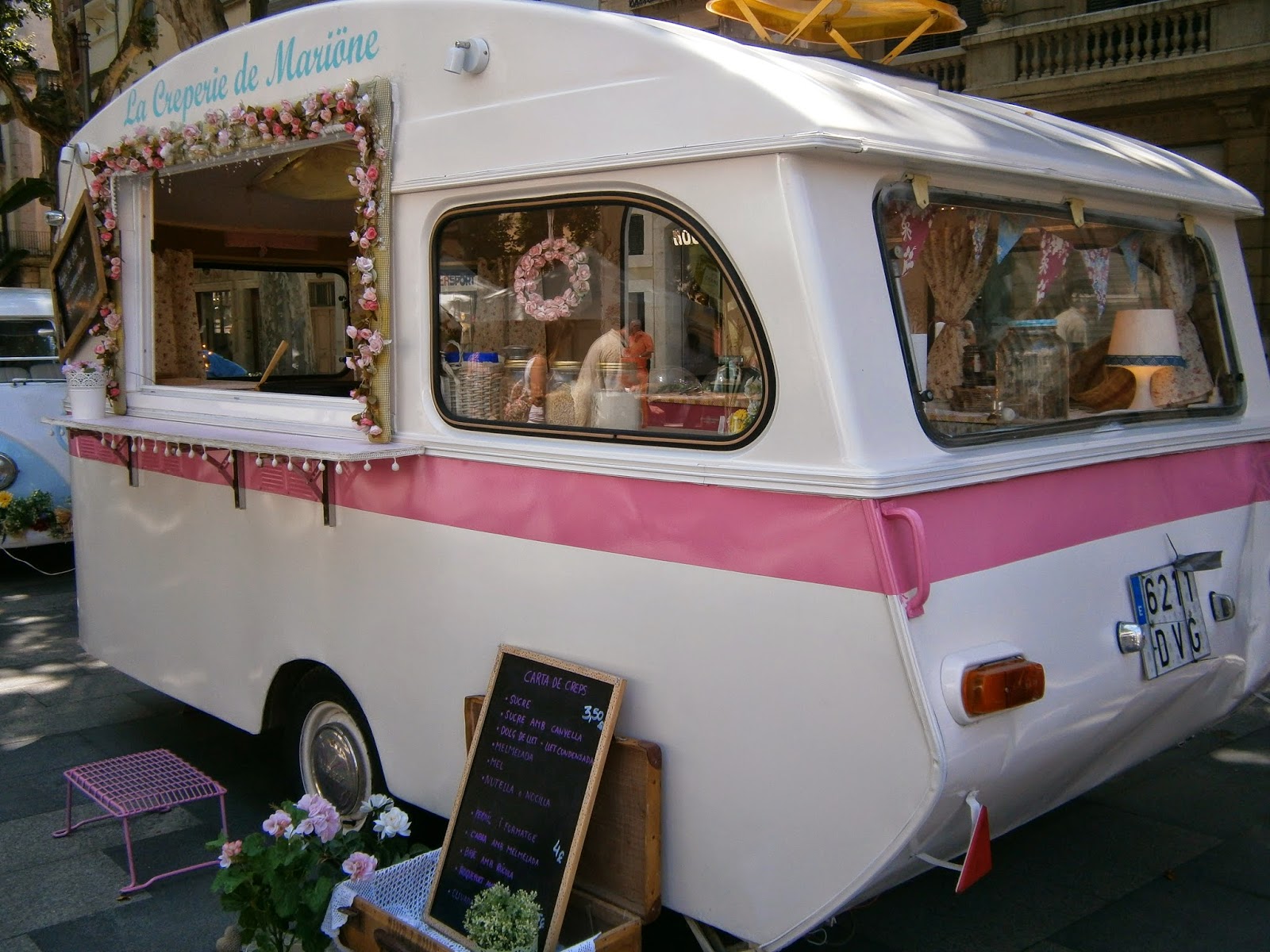 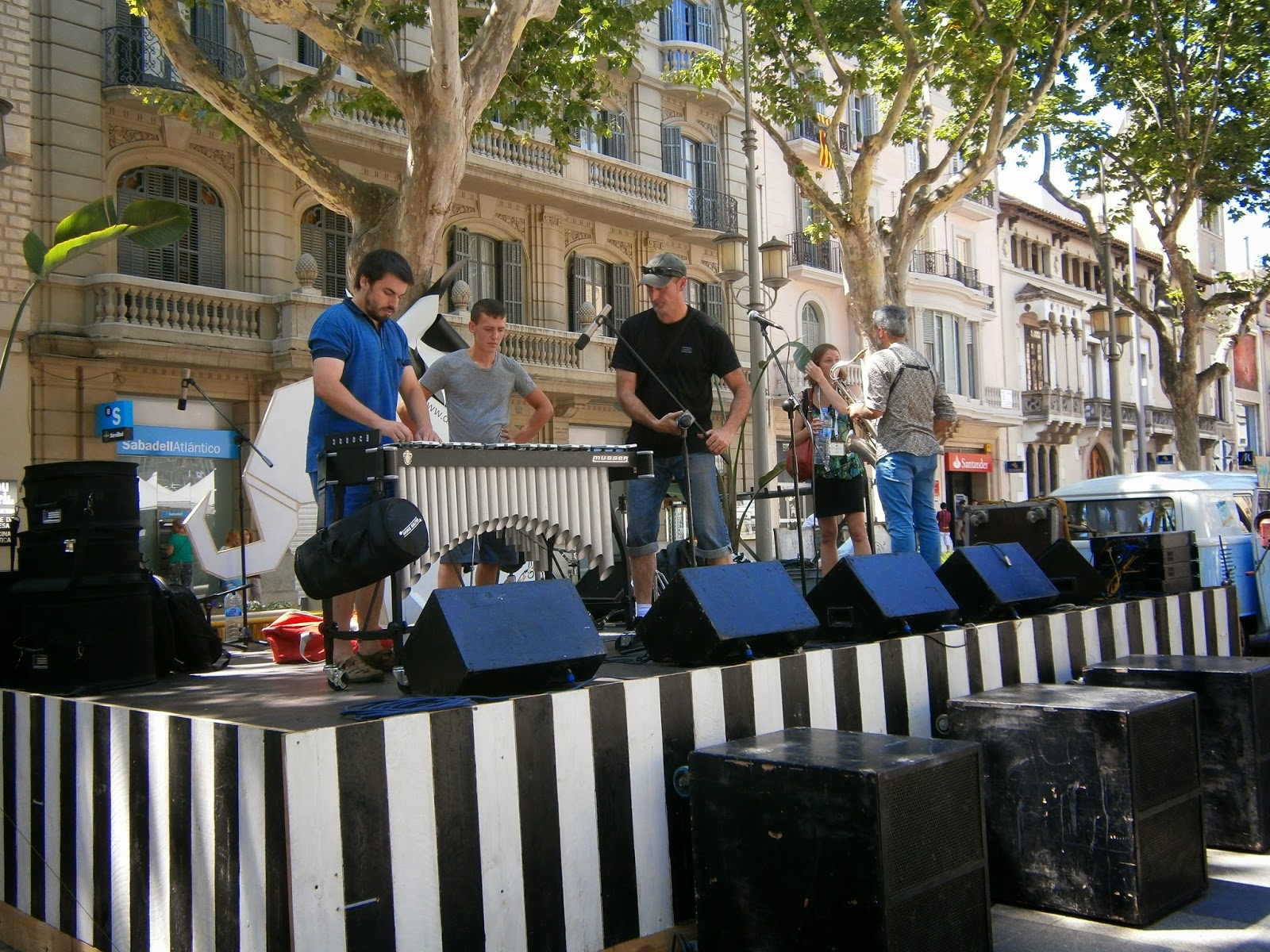 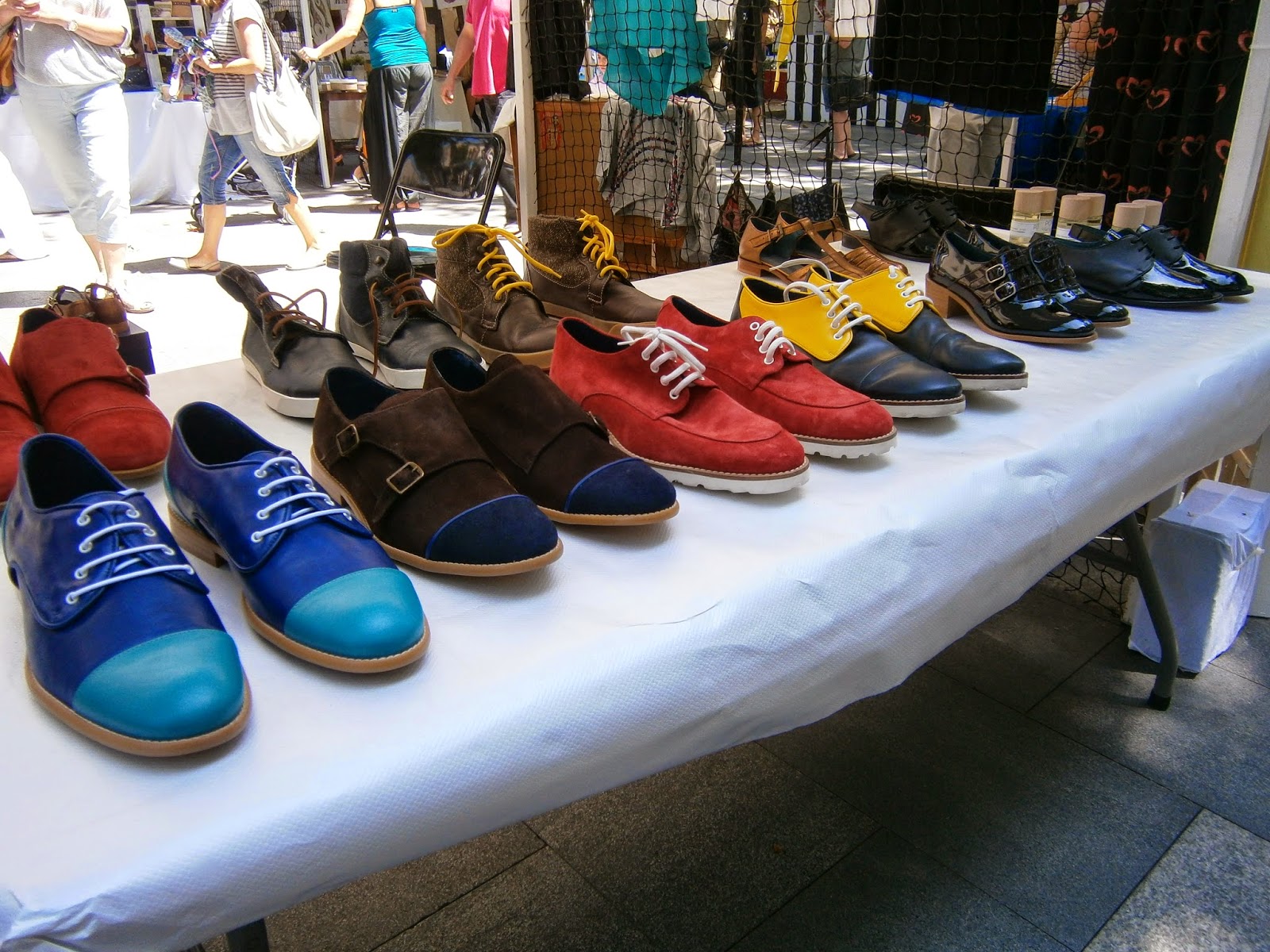 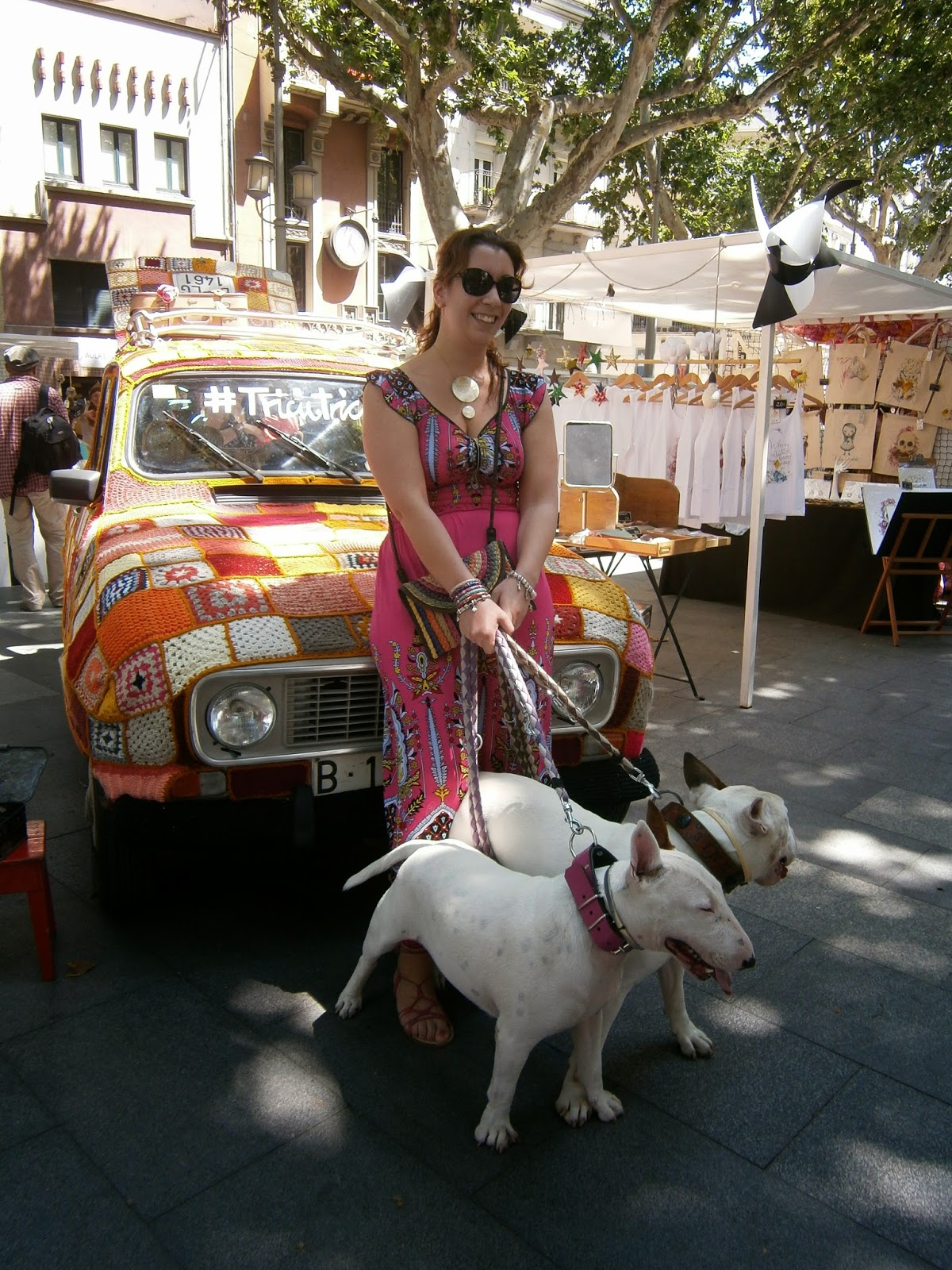 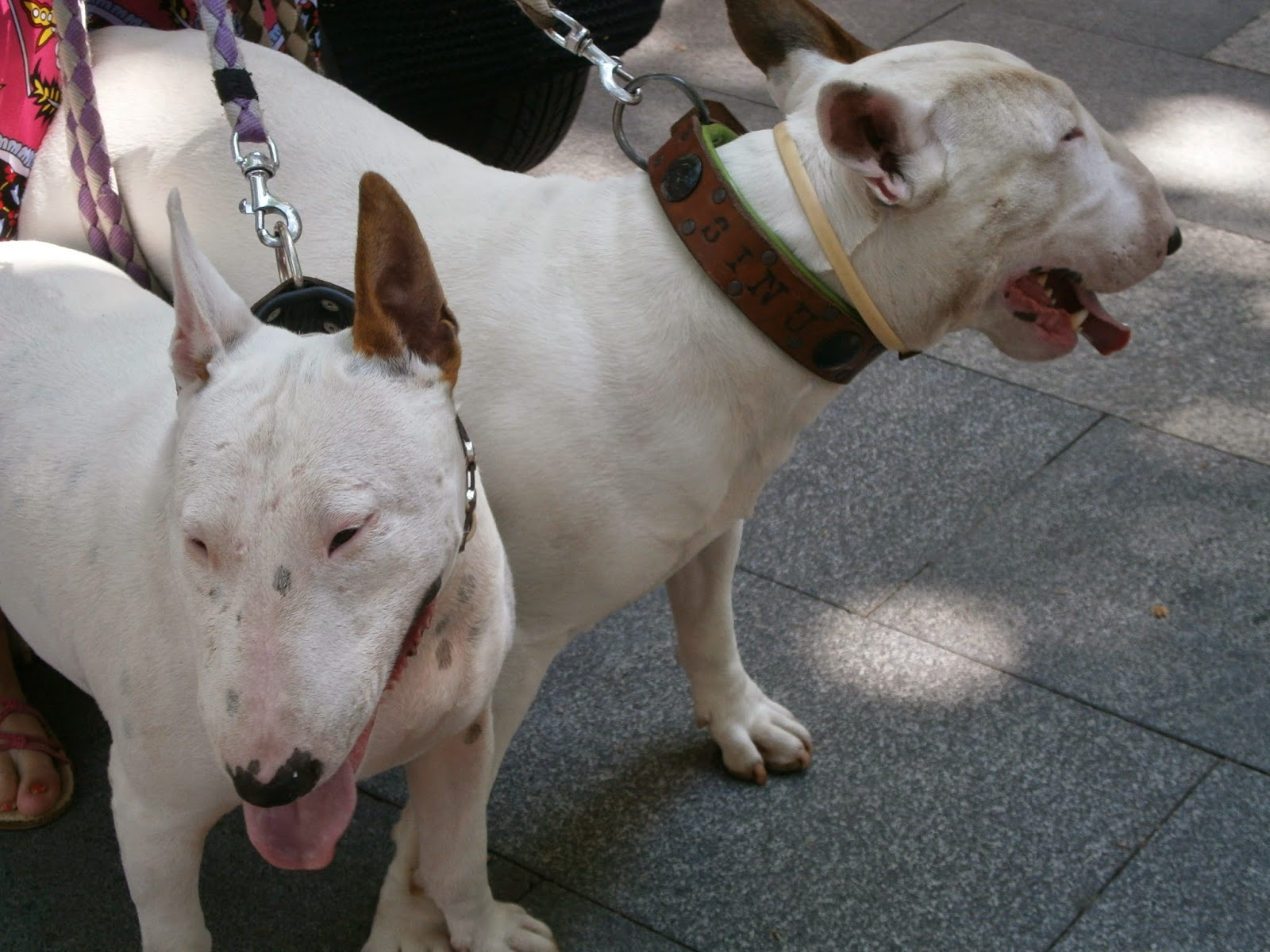 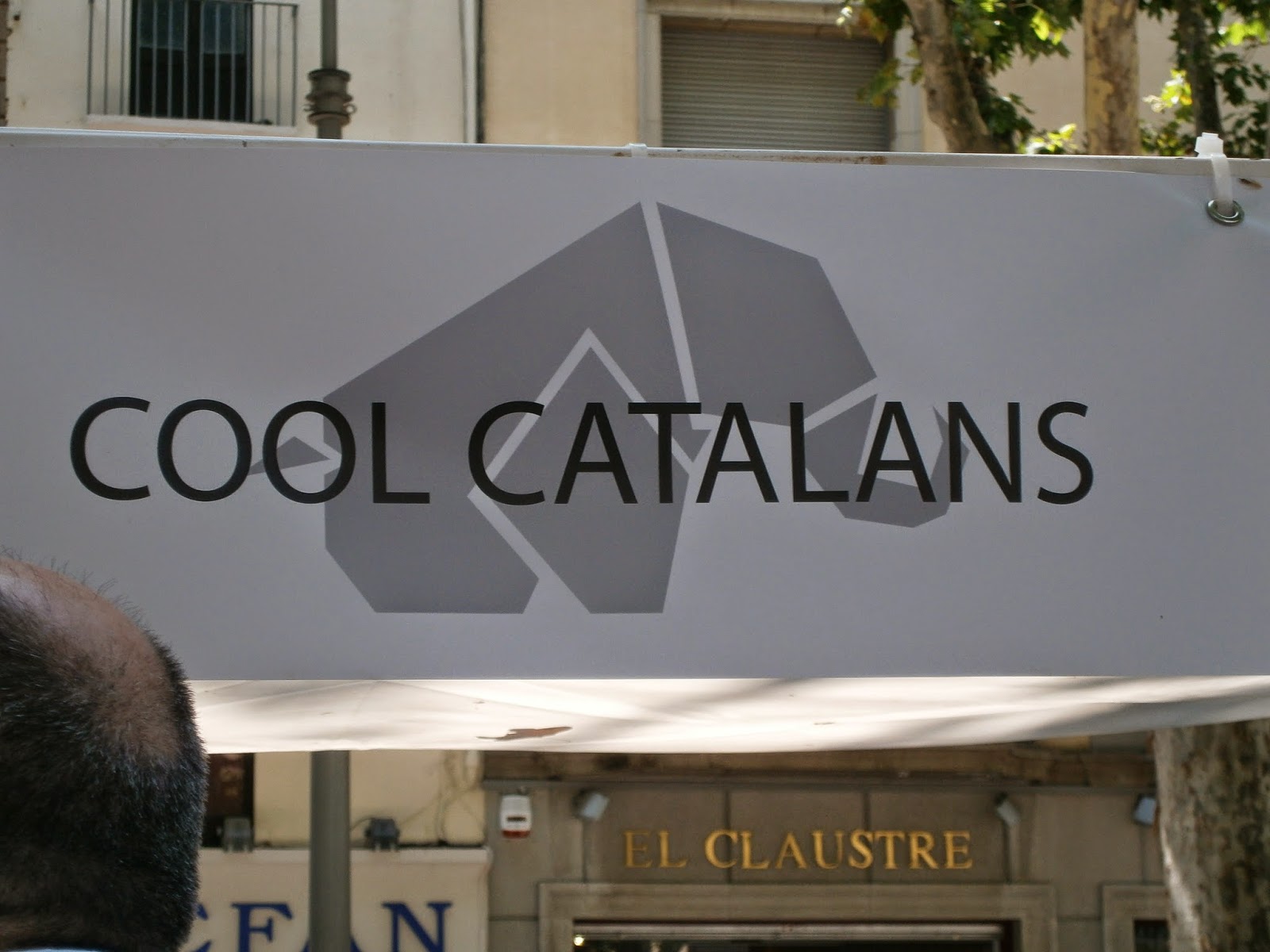 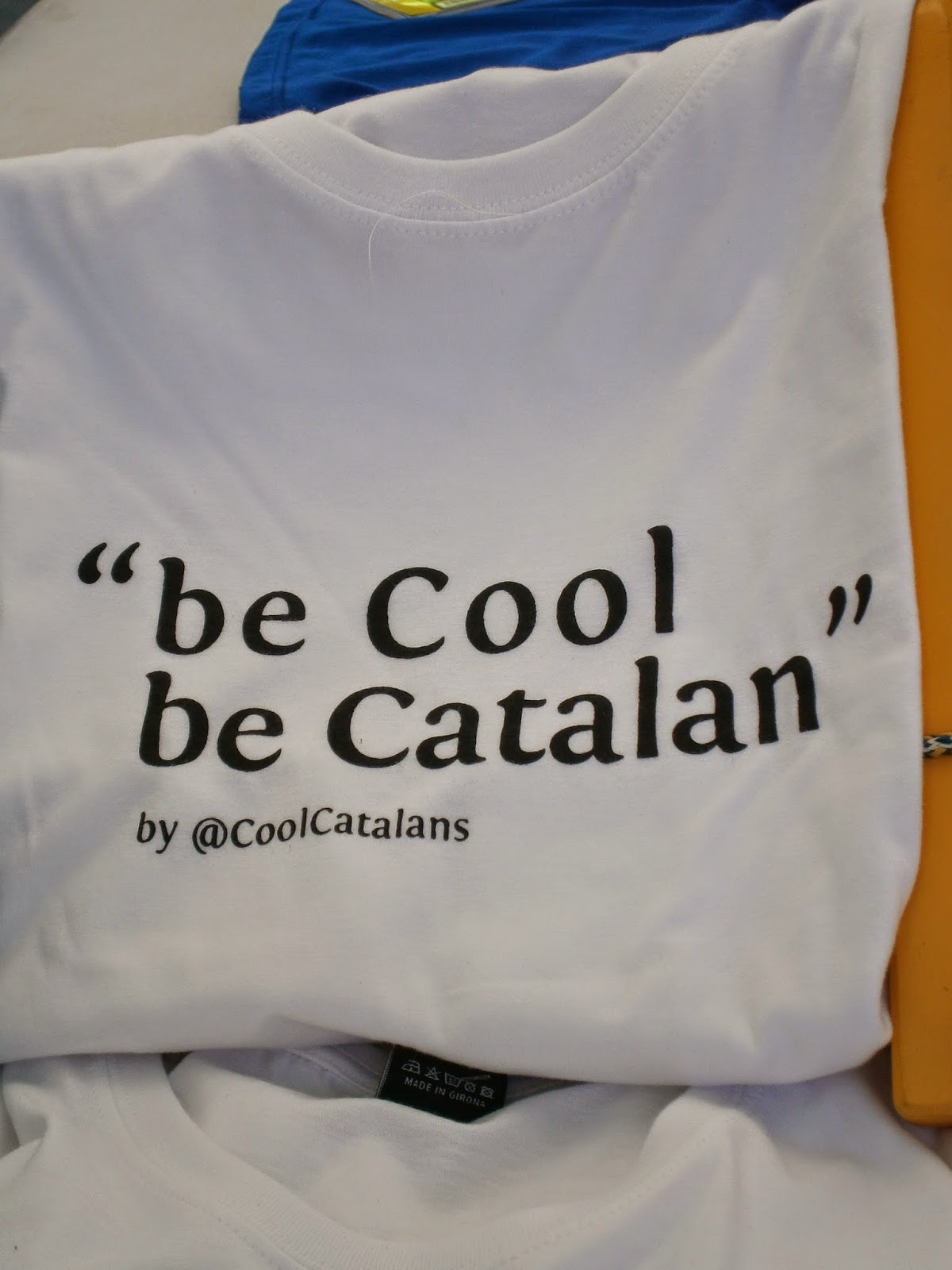