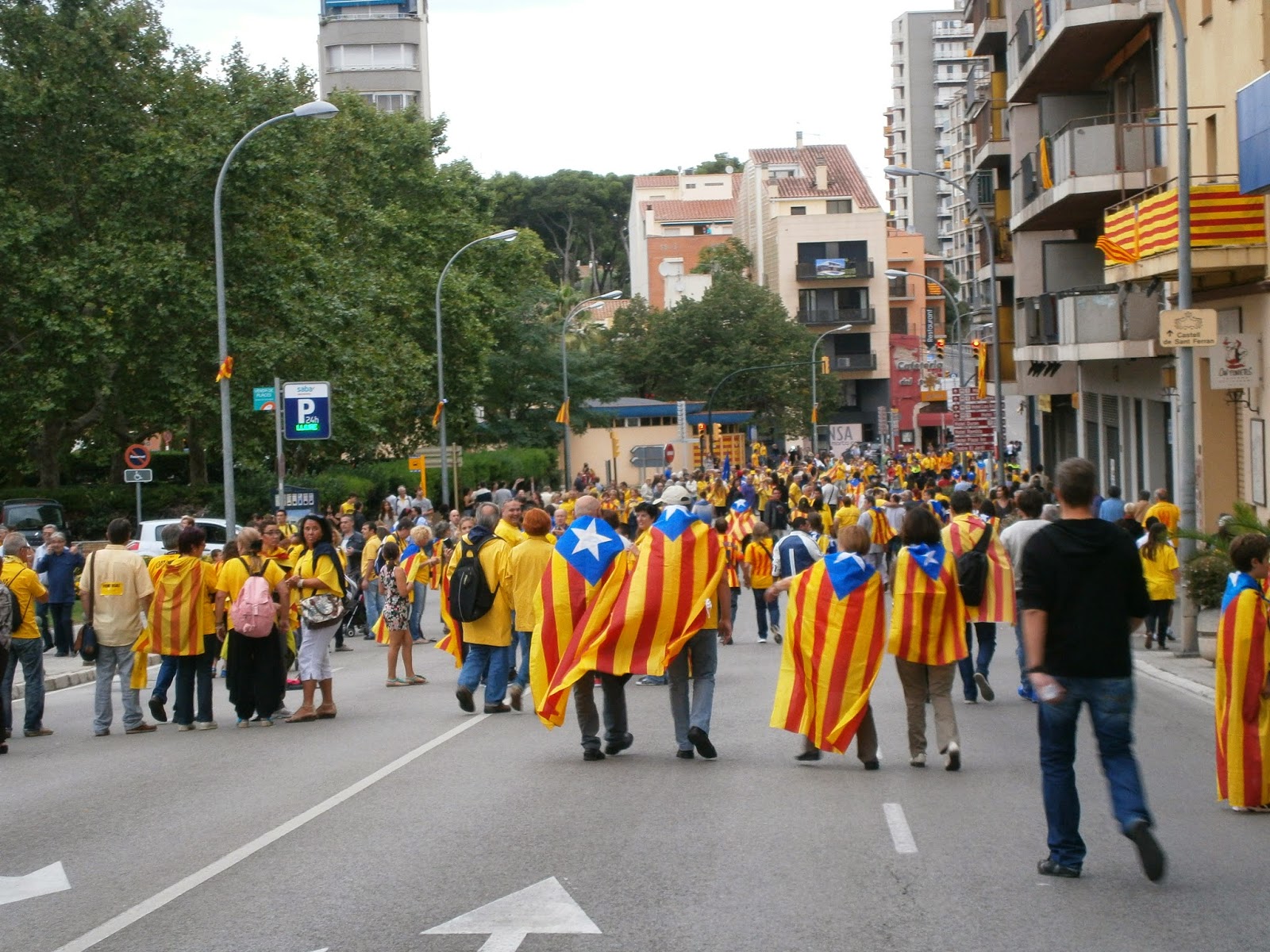 At last year's Human Chain for the Right to Vote, held on 11 September 2013, 1.6 million people stood side by side, holding hands.  The chain ran 400 kilometers (250 miles), and covered the length of Catalunya from the French to the Valencian border.

The organizing of this event that included so many participants and so much territory was an amazing feat and much of it wasn't obvious.  Participants were asked to arrive early and wear yellow shirts or the yellow t-shirts designed especially for the occasion.  The official time of the Chain was 17:14, which corresponds to an important year in the history of Catalunya -- the year when it lost its independence!  A little before 17:14 everyone joined hands and we stayed joined for a while.  During that time, helicopters flew overhead to film us, and photographers on the ground moved down the line to photograph us.

Eight hundred photographers along the 400 kilometers took more than 107,000 photos.  Now, after more than six months of work, all those thousands of photos have been combined into the Gigafoto.  You can scroll through it and see each of the 1.6 million people who covered over 400 kilometers.  In fact, you can find someone familiar in the section below. 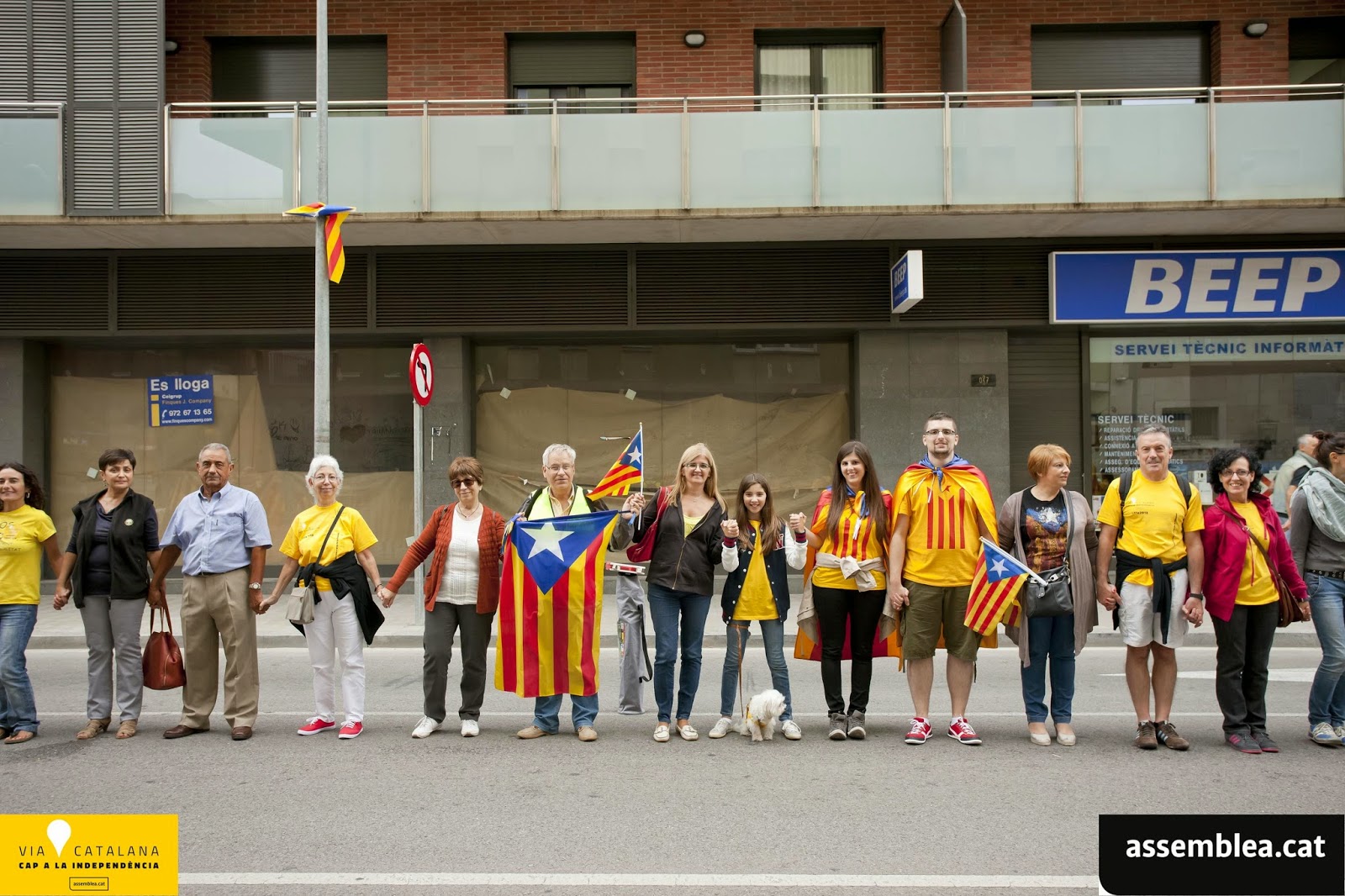 The Assemblea Nacional Catalana (ANC) the grassroots organization that organized this event, has recently been accused by a far-right group of being terrorists.  This far-right group, that calls itself Manos Limpios (Clean Hands) has brought a complaint with the accusation to a Spanish court which is now investigating.  You can look at the Gigafoto for yourself and see if you think the demonstration looks in any way violent.  In fact, both this demonstration and the one organized the previoius year by the same ANC, when 1.5 million people gathered in Barcelona, had, in spite of the huge number of people who gathered, the peaceful spirit of celebration.

Here's a link to the Gigafoto.  If you have lots of time, you can scroll through the whole thing.  If you want to find me, click on Gigafoto, scroll down to the dropdown menu box and select section 674 (Figueres).  Scroll towards the left.  I'm near the Beep.