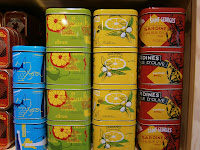 The French border is only about twenty minutes away.   Because I usually take the train, and you have to change trains at the border, actually getting to Collioure is a longer trip than it might be, but I find it much less stressful than going by car.


My last visit there was about a week ago.  I like to go on their market day, and my friend Jaye, who lives nearby, is usually up for the outing.  Jaye was diplomatic enough not to say anything until we arrived at the market although she had passed the market on her way to the station to meet me.  Boy was it crowded!  It looked more like a churning, living mass than a market, and was not the place either of us wanted to be.  So we poked around a little, long enough for me to find some lovely postcards being sold by the woman who painted the images. 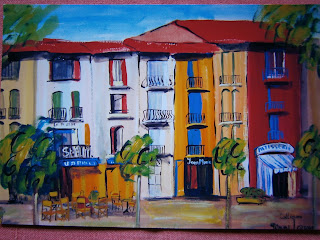 Then we escaped and Jaye introduced me to a new shop, a chain out of Brittany that sells lots and lots of nicely packaged and very expensive sardines.  They were lovely to look at, and I like sardines, but these were beyond my budget. 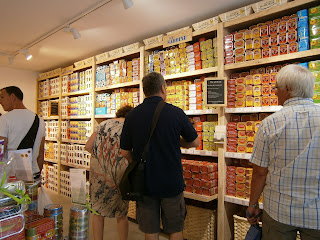 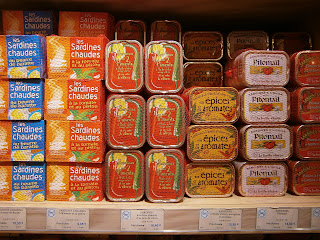 So we plowed on through the narrow streets of town where the crowd wasn’t as dense, and where we could at least walk side by side.  Soaps and marmalades bought (that had been my shopping list), we set off for the important part of the day.  Trains and crowds are worthwhile if there is good company and some nice French food as your reward. 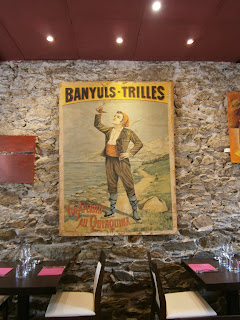 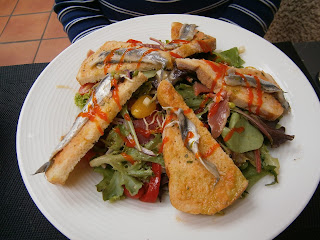