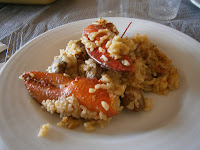 Recently, a group of us dog-park regulars, who are starting to coalesce into a group, were invited to the masia (an old farmhouse) owned by Patricia, one of the doggy people.  We were going to eat arros amb llamantol (rice with lobster) made by Josep, one of the other doggy people.

And of course, dogs were invited too (although they were served dog food which all five dogs managed to eat out of one bowl with no fights, not even a growl). 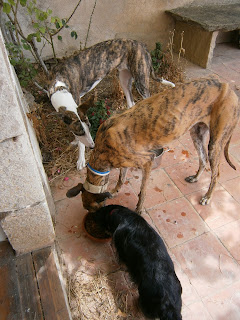 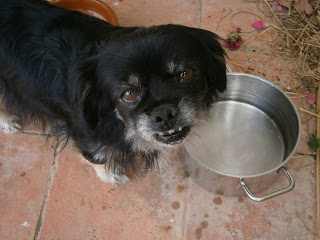 We carpooled, as not everyone drives.  I picked up the chef at the market where he had gone early that morning to buy the fresh lobsters that he had ordered in advance.  We picked up Gemma, her son, and their rescued greyhound and drove over to the gas station where we were to meet some of the others and, most importantly, Patricia who would lead us out to the masia.

An hour and a quarter after arriving at the designated gas station meeting point, we finally headed out for the country.  Catalans are not known for their punctuality although I have heard that they are more punctual than people in the rest of Spain.  Getting a late start did little to dampen our spirits or keep us from enjoying the heck out of the day.

The masia is located on a hillside near the Costa Brava village of L’Escala.  It is old, simple, and totally charming, as was our hostess.  “Make yourselves at home,” she told us, and we did. 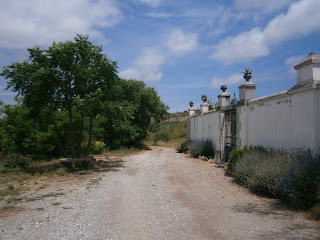 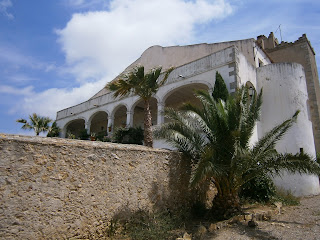 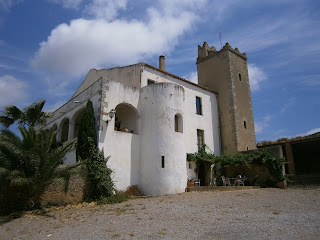 There were ten of us.  I was the oldest in a group that ranged from 32 to 67 (not counting the child).  As the only foreigner I wanted to contribute something not Catalan for an appetizer and so I brought my famous guacamole.  This was a hit and helped tide us over during the two hours it took for Josep to cook.

Rice with lobster is an incredible, aromatic, and richly flavored Catalan dish that deserves international fame. 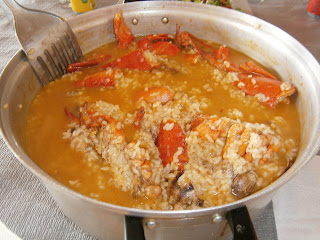 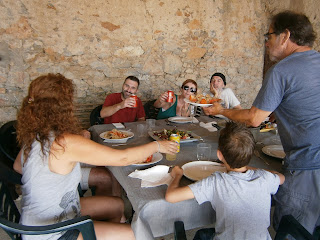 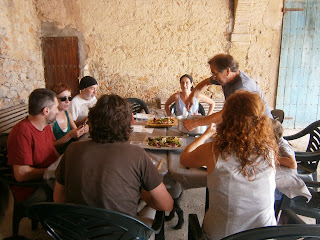 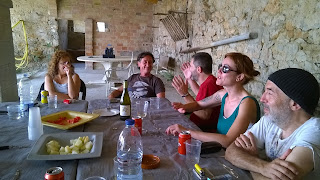 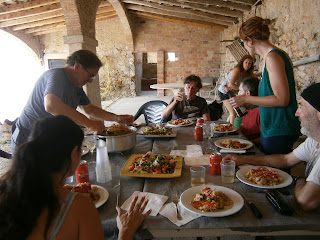 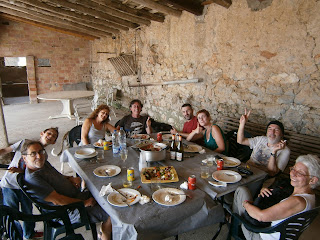 Eaten in far less time than it took to make, we then turned our energy to dancing.  With the dancing came gin and tonics for some of the hardy ones and that eventually led to those who were drunk as well as those who were simply young at heart getting everyone else soaking wet.  A huge bucket that kept the wine and beer cool was used at first, eventually being replaced by the far more efficient method of the garden hose.  Not being drunk or all that young at heart, I thought they’d forget about me (or let me pass because of my superior age), but no.  I got my dose too. 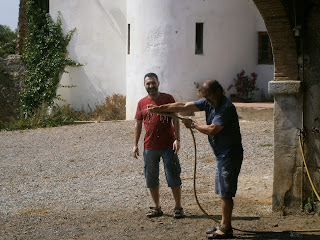 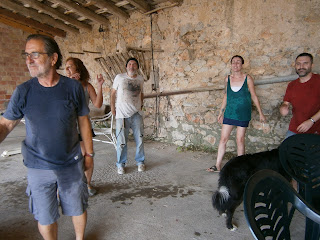 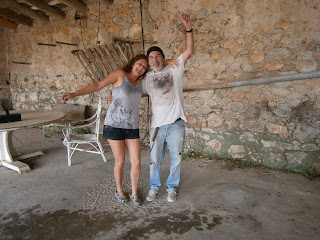 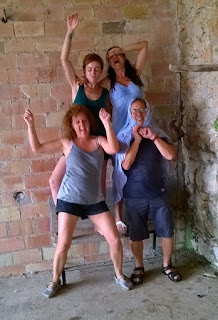 It was a fine day.