La Grossa de Cap d’Any is Catalunya’s New Year’s answer to the Spanish national Christmas lottery El Gordo.  It was dreamed up last year by the Generalitat, Catalunya’s regional government, as one of many measures to try and fix the lousy budget Catalunya receives from Spain.

Catalunya generates 20% of Spain’s economic activity, it contributes 25% of Spain’s tax revenue, and next year it will get back 9% of Spain’s spending (this year it was 11%).  The Generalitat tried to impose a 1-euro per prescription co-pay within its national health care coverage, as well as a tax on bank deposits, and both were struck down by the Spanish government (always trying to find a way to help the Catalans).  So it decided to do a lottery, which turned out to be more popular than taxes anyway.

La Grossa is a cap gross, one of the big heads that, together with giants, are a tradition in the local festivals.

This year La Grossa was joined by a very special dignitary.  Earlier in the year, Queen Elizabeth II came over to join her in helping to publicize the lottery.  They make a fine pair, don’t you think?


But the real question is, will I win this year?  Last year I bought four tickets for me and two as gifts and none of them won anything. 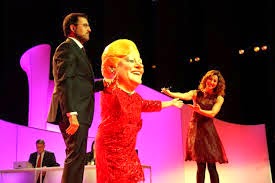 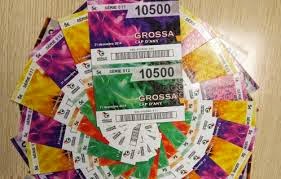 It’s good to have hope, and the money goes to a good cause – social programs in Catalunya -- where I live.  The lottery will be held tomorrow.  Wish me luck! 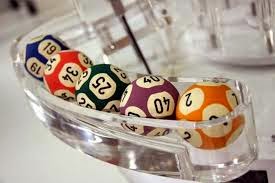 All images were taken from internet media sources
Posted by Dvora at 6:01 PM