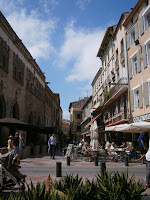 When I bought this apartment last year, I signed papers at the notary on my birthday and then took myself out to lunch at a local restaurant to celebrate.  This week, to celebrate both events, I left town.  At one point I thought I would make that local restaurant a yearly tradition, but after considering that for a few seconds, I realized that whereas the restaurant is good, it isn’t wonderful.


So I took the train to France -- to Perpignan to have lunch at my favorite restaurant there -- Al Très.  In addition to lunch, I went shopping.  I had a good time looking, and even tried on a pair of secondhand Armani pants, but they looked really awful and in the end, I didn’t feel compelled to buy anything.


This was just as well because the next day I had to pay an unexpected vet bill.  Felix has not been his usual rambunctious self lately and I was worried.  Biopsy results of the enlarged gland behind his leg suggested no cause for it, and exploring his insides with a sonogram came up with no culprit for what I thought might be difficulty in urinating.  So with no diagnosis, Felix came home full of cortisone and antibiotics.  The vet says it’s often difficult to diagnose cats or to say if a cat is ill or simply in bad humor, so I’m hoping for the latter.   After all, from his point of view, moving from a house with garden where he could go out and roam the neighborhood all day to a small apartment where he is constantly being held prisoner is nothing to celebrate. 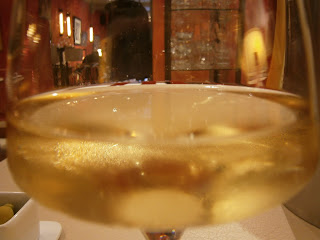 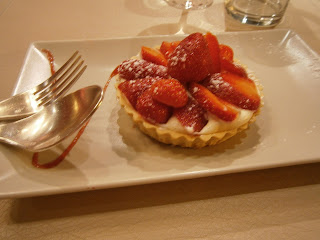 Email ThisBlogThis!Share to TwitterShare to FacebookShare to Pinterest
Labels: Perpignan